Cordillera, Davao economies contract by up to 9.9% in 2020 | Inquirer News
Close
menu
search 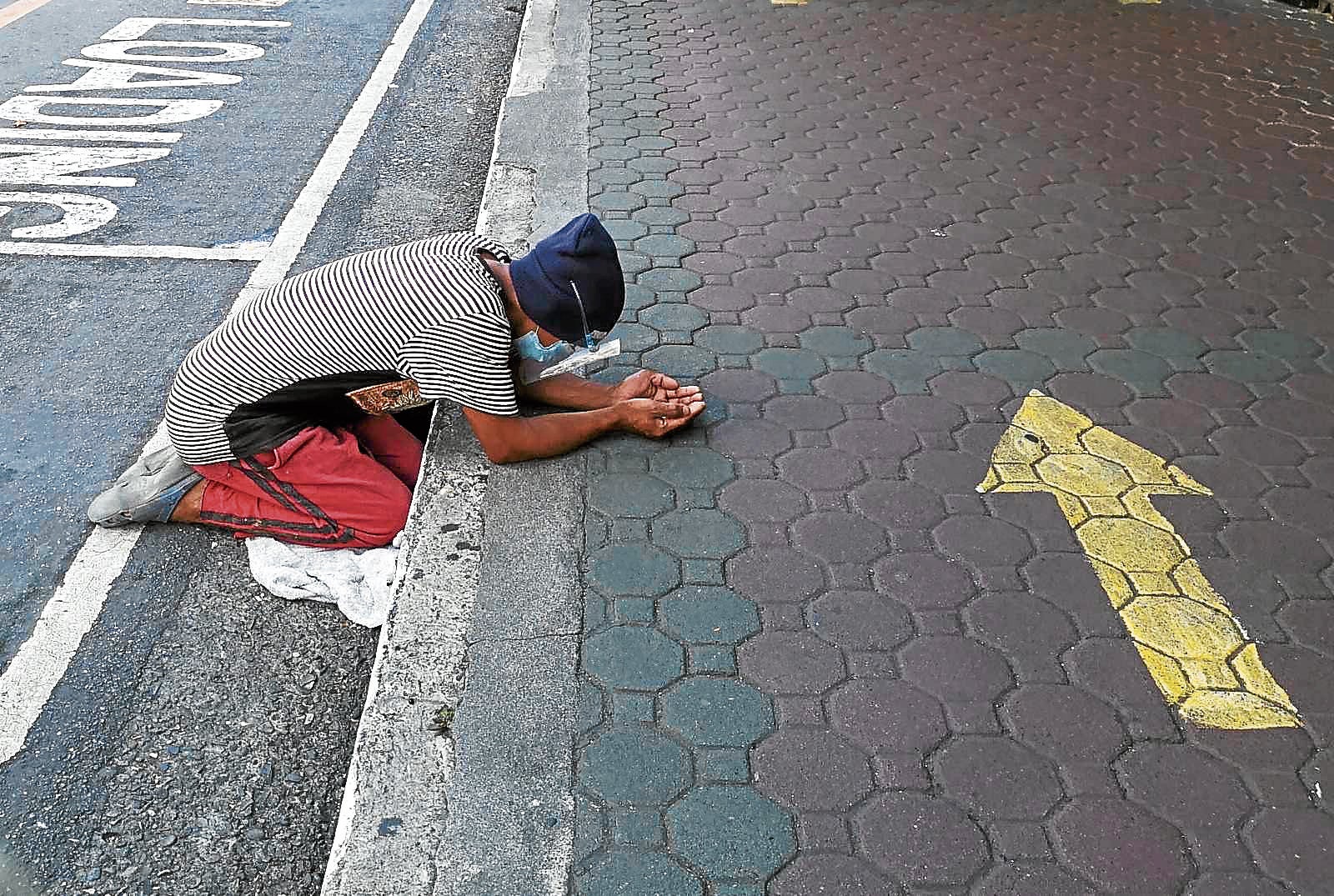 REAL HARDSHIP  – This Baguio beggar best shows the impact of the COVID-19 pandemic on the Cordillera region’s economic performance, which saw a 9.9-percent contraction in 2020 from 4.4-percent growth in 2019. —EV ESPIRITU

BAGUIO CITY—The economies of the Cordillera and Davao regions contracted from 7.6 percent to close to 10 percent in 2020 as lockdown and quarantine restrictions due to the coronavirus pandemic led to the closure of accommodation facilities, manufacturing companies, food businesses and transportation services, officials said.

Cordillera’s gross regional domestic product (GRDP) was dragged down to negative 9.9-percent growth due to the health crisis, said Villafe Alibuyog, director of the Philippine Statistics Authority (PSA) in Cordillera, during a briefing here.

Although losses have already been anticipated, this year’s GRDP was a deep plunge from the 4.4-percent growth in 2019, Alibuyog said. The GRDP measures all the goods and services produced in the Cordilleras.

The economic performance of Baguio and the provinces of Benguet, Ifugao, Apayao, Abra, Kalinga and Mountain Province will need to rise by 11 percent this year or in 2022 “just to break even,” said Villafe.“Our economy was already growing between 2017 and 2019 … [Because of COVID-19,] tourism was brought to a halt contributing to the negative 49-percent decline in gross output for accommodation and food service activities,” said Stephanie Christiansen, acting director of the National Economic Development Authority (Neda) in Cordillera.

The region generated P308.3 billion in 2018, which grew to P321.7 billion in 2019. But when the pandemic struck, Cordillera’s economy regressed to P289.9 billion in 2020, data showed.The PSA also reported that Davao Region’s economy drastically declined, losing some P68.8 billion in economic output in 2020 due to the crippling quarantine restrictions to contain the spread of COVID-19.

According to the PSA, the value of the regional economic production in 2020 was P832.1 billion, down 7.6 percent from its 2019 value of P900.9 billion.In terms of sectors, services—which comprise more than 50 percent of the economy—dipped by 3.9 percent; industry also decreased by the same rate; and agriculture, fishery and forestry increased by 0.2 percent.

Regional director Maria Lourdes Lim of Neda Davao said they did not expect the regional economy to dip by this rate.“Due to the deep dive of most of our growth drivers, we saw that both the industry and services subsectors took the hit,” said Lim.

Based on the PSA report, among the subsectors with the steepest decline are accommodation and food service, which saw a drop of 34.7 percent; transportation and storage, down by 34.5 percent; and other services, down by 38.2 percent.

In August last year, economists were still optimistic that Davao’s regional economy would grow between 3 and 4 percent after the national government relaxed some quarantine policies to allow businesses to recover.

Before the pandemic, the region was projected to grow by 11.7 percent in 2021 and 12.2 percent in 2022. Last week, Tourism Secretary Bernadette Romulo Puyat, in an online press conference, said the region’s tourism receipts lost about 93.7 percent compared to 2019.

The agency’s regional director, Tanya Rabat Tan, explained that the losses were to be expected because 41 major accommodation establishments closed down.

In June last year, Marco Polo Hotel, the first five-star hotel in Davao City, closed down while the iconic Apo View Hotel, the city’s oldest one, also decided to close down last March.

The agriculture, fishery and forestry sector in the region grew by a measly 1.1 percent in 2020, not enough to pull up overall economic performance.

But Lim was still optimistic the region would slowly recover from the impact of the virus as key sectors have started to ramp up investments.

She cited information and communications technology (ICT), construction, finance and government spending as among the key drivers that would slowly bring back the regional economy to its feet.

Christiansen, Lim’s counterpart in Cordillera, said the ICT and finance sectors in the region had huge potentials for helping the regional economy bounce back. Quarantine rules sped up digitalization and online trade as reflected by the 4.1-percent growth of ICT last year, she said.

The lifting of a moratorium on new mine projects, which was imposed during the administration of President Benigno Aquino III, may improve the next GRDP, said Alfredo Genetiano, chief of the Mine Management Division of the Mines and Geosciences Bureau in Cordillera.