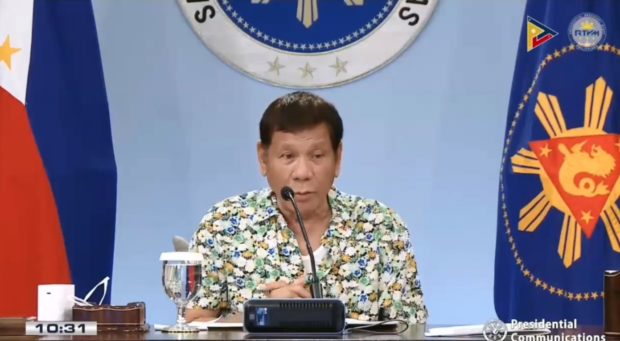 The Department of Education says that the President has the final decision on the opening of the school year, in accordance with Republic Act 11480. FILE PHOTO/Screengrab from RTVM’s Facebook page

MANILA, Philippines — President Duterte will still make the final decision about the opening of school, the Department of Education (DepEd) said Friday.

DepEd sent out the clarification after one of its officials said the school year starts on August 23.

Critics took issue since the date would mean students would have only 6 weeks of break, rather than the usual two months.

“The Department of Education would like to emphasize that the President has the final decision on the opening of the school year, in accordance with Republic Act 11480,” the agency said in a statement.

“We will be proposing various options for the President’s consideration. The August 23 start date proposal is only one of the options since DepEd is mandated to open the school year not later than the last day of August under the same law unless the President intervenes,” DepEd added.

DepEd said it is still engaged in policy consultation and review with concerned stakeholders to figure out the best course of action.

“We shall issue the official guidelines for School Year 2021-2022 calendar soon,” DepEd said.

Under Republic Act No. 11480, the school year shall start on the first Monday of June but not later than the last day of August.

But in times of state of emergency or state of calamity, the president may also set a different start date for the school year.