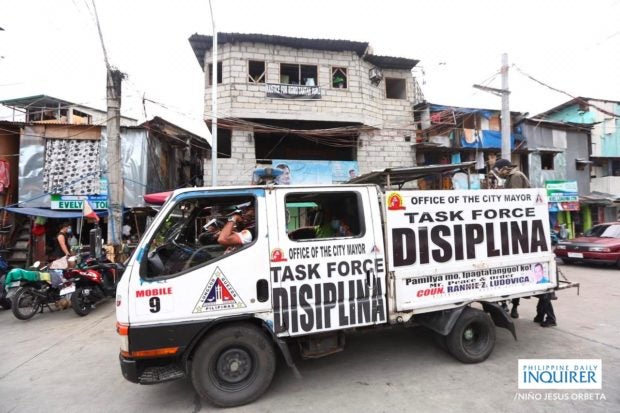 MANILA, Philippines —  The Department of the Interior and Local Government (DILG) will go after mayors and barangay chiefs if gross COVID-19 quarantine violations occur under their jurisdiction, President Rodrigo Duterte warned in his pre-recorded briefing on Wednesday night.

Duterte said he had seen a lot of quarantine violations in recent weeks, which would probably account for the recent surges in COVID-19 cases in Metro Manila and the adjacent provinces of Bulacan, Rizal, Cavite, and Laguna — collectively referred by the government as the National Capital Region Plus (NCR Plus).

“Now I will do this. I will hold responsible, and I will direct the Secretary of the Local Government — DILG — to hold the mayors and responsible for these kinds of events happening in their places. It is a violation of the law. And if you do not enforce the law, there is a dereliction of duty, which is punishable under the Revised Penal Code,” the president said, speaking partly in Filipino.

“So the DILG can proceed against you for not doing your duty as mayor, or as a barangay captain. But not so much about the mayor. It’s just that there the liability. These barangay captains are the problem. Since barangays are really small, do not give me that shit about that you didn’t know about it,” he added.

Duterte did not specify which quarantine protocols had been violated, but he said that he observed several issues — festivities — that might have caused the spread of  COVID-19.

“Son of a… we don’t have money. Do not ever think that we can accommodate you just anytime.  If you look on TV and the news, [patients] can’t enter [hospitals]. They’re waiting in cars. They’re waiting outside until they can be given beds,” he said.

“The local government will go after you — administratively and criminally — if there’s a fiesta gathering or dance there. The DILG will call the mayor and the barangay captain,” he added.

The country has seen COVID-19 cases rise due to the spread of variants. But while the active case count has steadily gone down, health experts fear that relaxed mindsets might lead to another surge in cases.

One activity that has drawn criticism is the launching of community pantries, which some people fear may contribute to a new COVID-19 surge.

As of Wednesday, the number of active COVID-19 cases went down again, but it was still higher than before the surge happened. The Department of Health put the active cases at 67,769 — much lower than the record high 203,000 recorded two weeks before.