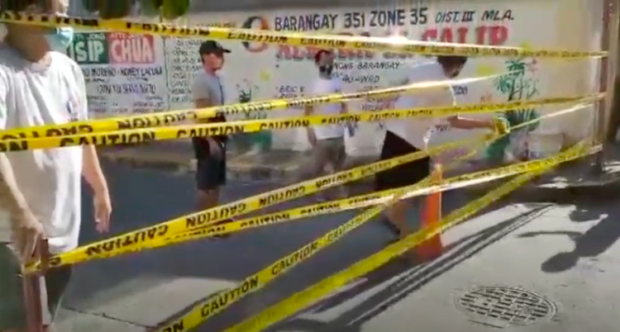 MANILA, Philippines — Parañaque City Mayor Edwin Olivarez on Tuesday said he is in favor of a one-week extension of the modified enhanced community quarantine (MECQ) in Metro Manila and nearby provinces.

(In our meeting with the local task force, they recommended a one week extension, not two weeks of MECQ, then we assess.)

(The people are already having a hard time. But two weeks, in my opinion, is too long. It should only be for one week then we have another assessment to possibly ease the quarantine status to GCQ.)

(Compared to two weeks ago, we were almost at 100 percent. So it decreased by 30 percent but it still remains at the critical level.)

National Capital Region mayors have yet to reach a consensus over their recommendation on the quarantine status for May, but are expected to decide this Tuesday, said Olivarez who is also chairman of the Metro Manila Council.

Read Next
NCR mayors yet to agree on recommendation for May quarantine classification
EDITORS' PICK
Palace: Law, ordinance needed to arrest people refusing to get COVID-19 vaccine
Piolo Pascual: The Ultimate Heartthrob continues to level up
Want to help local farmers? Shop small and eat Real Food
TeaM Energy pushes development programs to help in pandemic rebound
‘Untimely and premature’: Isko declines feelers from LP to join alliance
No community transmission of Delta variant yet, says Nograles
MOST READ
Sharon Cuneta on living in the US: ‘Nagagawa ko lahat ng normal na bagay’
Mike Nieto asks fans: ‘No below the belt remarks’ toward South Korea
Vaccine profits: Making a killing from a killer virus
Duterte-Duterte tandem possible but ‘winnability is another question’ — Binay
Don't miss out on the latest news and information.