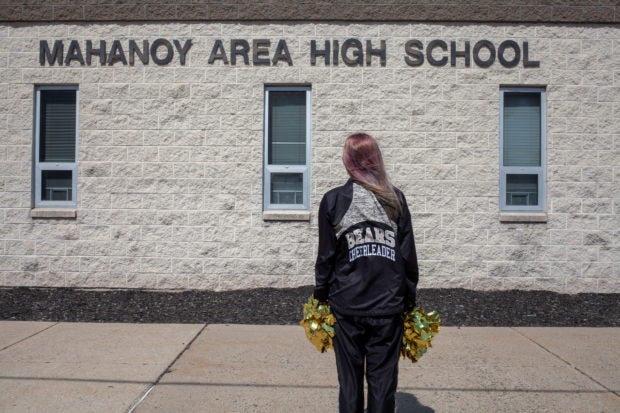 Brandi Levy, a former cheerleader at Mahanoy Area High School in Mahanoy City, Pennsylvania and a key figure in a major U.S. case about free speech, poses in an undated photograph provided by the American Civil Liberties Union. Danna Singer/Handout via REUTERS

A Pennsylvania teenager whose profanity-laced outburst on social media got her banished from her high school’s cheerleading squad is in the spotlight at the U.S. Supreme Court this week, arguing “I shouldn’t have to be afraid to express myself.”

Brandi Levy, who made her Snapchat post away from school and on a weekend, is at the center of a major case testing the limits of the U.S. Constitution’s First Amendment guarantee of freedom of speech. The nine justices on Wednesday are set to hear arguments in the Mahanoy Area School District’s appeal of a lower court ruling in favor of Levy that found that the First Amendment bars public school officials from regulating off-campus speech.

Levy’s indelicate May 2017 Snapchat post came two days after Mahanoy Area High School, in Pennsylvania’s coal region, held its cheerleading tryouts. The ninth-grader, who had been a junior varsity cheerleader, was still infuriated about being left off the varsity squad.

At a convenience store in Mahanoy City on a Saturday, she posted a picture of her and a friend holding up their middle fingers, adding a caption using the same curse word four times to voice her displeasure with cheerleading, softball, school, and “everything.”

She was 14 years old at the time. She is now an 18-year-old college student studying accounting.

“I feel like students should be protected and be able to express themselves without getting any form of punishment for it from the school,” Levy said in an interview. “It’ll set an example for everyone that it’s okay for people to express their feelings out of school.”

Coaches ousted Levy from the squad for a year, saying she had broken various rules and undermined team cohesion. Backed by the American Civil Liberties Union (ACLU), Levy and her parents sued the district seeking reinstatement to the squad and a judgment that her First Amendment rights had been violated.

A judge ordered Levy’s reinstatement, finding that her actions had not been disruptive enough to warrant the punishment. Under a 1969 Supreme Court precedent, public schools may punish student speech that would “substantially disrupt” the school community. Levy’s case will determine whether this authority extends beyond the schoolhouse gates.

After the school district appealed, the Philadelphia-based 3rd U.S. Circuit Court of Appeals decided that the 1969 precedent, in a case known as Tinker v. Des Moines Independent Community School District, does not apply to off-campus speech and that school officials may not regulate such speech.

“I shouldn’t have to be afraid to express myself and I should be able to do it how I want to without being punished by anybody. What I said, it wasn’t targeting, it wasn’t bullying, harassment, or anything like that,” Levy told Reuters. 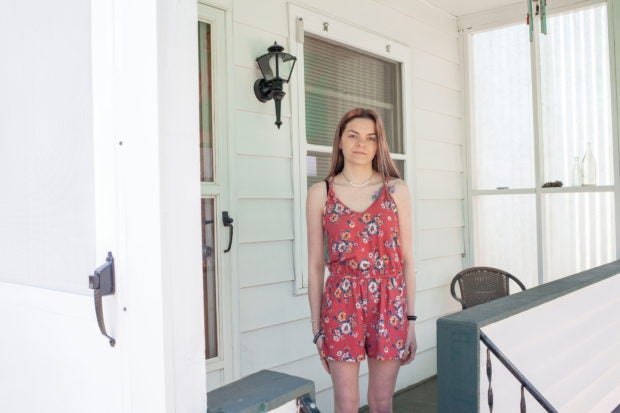 Brandi Levy, a former cheerleader at Mahanoy Area High School in Mahanoy City, Pennsylvania and a key figure in a major U.S. case about free speech, poses in an undated photograph provided by the American Civil Liberties Union. Danna Singer/Handout via REUTERS

A decision in favor of Levy, according to the district and its supporters, could make it harder for teachers and administrators to curb bullying, racism, cheating, and invasions of privacy, all frequently occurring online, outside the school property, or during off-hours.

“Principals have to ensure the safety and well-being of everybody on their campus,” said Ronn Nozoe, chief executive officer of the National Association of Secondary School Principals. “It can’t be the Wild West.”

The district has argued that off-campus student speech can harm a school and its functions, noting that in the internet era the lines between on-campus and off-campus are blurred.

“If a student on the weekend uses her private email to blast harassing messages to school email accounts, where did the speech happen?” the district asked in a legal filing.

Levy’s photo was visible for 24 hours on Snapchat, along with another post questioning a younger girl’s selection to the varsity squad. Some cheerleaders and students chafed at the posts and the controversy disrupted classes, according to court papers.

The Supreme Court is due to rule by the end of June.