Don’t be like watchdogs who can’t bark; speak out, Pabillo tells church leaders 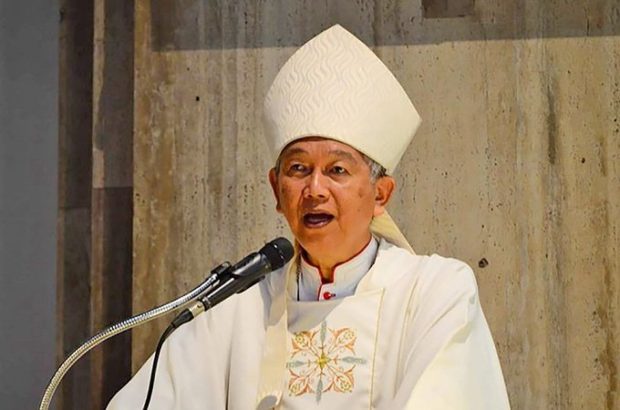 MANILA, Philippines — Church leaders should speak out against societal evils instead of remaining silent like watchdogs who have “lost the courage to bark,” Bishop Broderick Pabillo, administrator of the Archdiocese of Manila, said in his homily at a Mass he celebrated at the Binondo Church on Sunday.

“In the church, there are those that choose not to speak despite the obvious evils in the society,” Pabillo, an administration critic, said in his homily, parts of which were uploaded at the website of the Catholic Bishops’ Conference of the Philippines (CBCP) News.

“Sad to say, we, church leaders, take refuge in silence. We are like watchdogs who have lost the courage to at least bark,” he added.

Pabillo also asked whether church leaders were using the COVID-19 pandemic as a convenient excuse against speaking out and reaching out to their flock.

The bishop, who has clashed with administration officials and even President Rodrigo Duterte himself, has been critical of the drug war and the anti-insurgency campaign, both of which have been marked by alleged extrajudicial killings and abuses.

When the CBCP released a pastoral letter criticizing the controversial Anti-Terrorism Act — which activists say is a mere red-tagging mechanism — Pabillo staunchly defended the move, even daring Salvador Panelo, the presidential legal counsel, to file a case against the Catholic Church for voicing its concerns.

Pabillo also spoke against Duterte’s previous State of the Nation Address, saying that it offered no clear program of government action but only motherhood statements.

He also blasted Duterte for threatening the clergy in 2019, urging people to rob or kill bishops.

Bishop to Duterte: If you are sincere, engage with critics decently