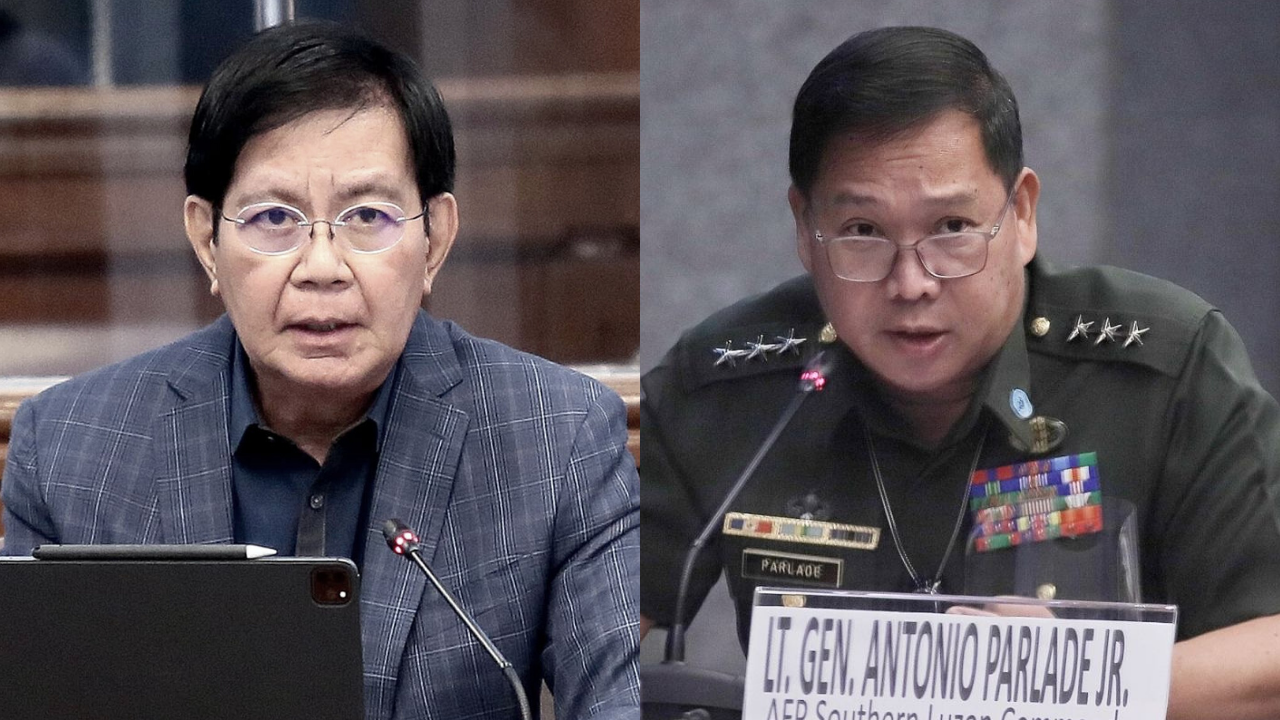 MANILA, Philippines—Senator Panfilo Lacson warned the National Task Force to End Local Communist Armed Conflict (NTF-ELCAC) that its budget for 2022 could be in trouble due to the constant tirades of its spokesman Lt. Gen. Antonio Parlade Jr.

In an interview with DWIZ, Lacson still believes that the task force has done well in terms of developing areas cleared of the presence of the New People’s Army but Parlade’s statements are taking marring those gains.

“The Armed Forces of the Philippines must remain apolitical. Otherwise, the constitutional balance among institutions is skewed and democratic governance is disturbed and even threatened. Lt. Gen. Parlade should just focus on ending insurgency and fighting terrorism. When he retires, he can debate all he wants on political issues,” said Lacson, a former Police chief.

“Because of his commentaries, the NTF-ELCAC is dragged into controversies. Nauuna ang bibig niya sa kanyang ginagawa. Yan ang danger, kasi nakakagulo na (His mouth talks before does anything. That’s the danger because he’s already causing trouble.) Instead of helping, his loose lips threaten to drag the NTF-ELCAC into the mess.”

As of writing time, the NTF-ELCAC has a P19 billion budget.

Parlade has gotten into news headlines, albeit for the wrong reasons, after criticizing female actors who voiced their opposition to the government such as Angel Locsin and Liza Soberano.

His most recent tirade was against Anna Patricia Non, the organizer of the Maginhawa Community Pantry, likening her to Satan.

Even senators weren’t safe from Parlade’s tirades, with the Army official calling them stupid, although some members of the Senate are already looking to defund the NTF-ELCAC for the task force’s unjustified red-tagging.

Lacson, the Senate Defense Committee head, even recommended that Parlade be relieved of his post as the Constitution bars active military officers from holding positions in civilian bodies like the NTF-ELCAC.

“There is a consensus among senators in the minority and majority, to send a message to the defense establishment that cooperation is a two-way street. They cannot just keep asking without giving back,” said Lacson.

“Why do they tolerate him? Will they sacrifice the entire establishment just because of one of its officers’ loose lips?”

Lacson added that if the NTF-ELCAC ignores his recommendation, then the best action would be for Parlade to resign from his post as the body’s spokesperson and instead focus on fighting insurgency.

He also pointed out that Parlade should’ve just quietly gathered evidence and filed charges against organizers of the community pantries instead of calling them akin to Satan in a public forum.

“If he thinks he has basis to charge organizers of the community pantries with rebellion or even terrorism, he should review the appropriate laws and gather evidence, then file the charges,” said Lacson.

Parlade: If senators have problem with me, don’t drag entire NTF-Elcac

Read Next
AstraZeneca jabs to arrive in Quirino and Isabela in July
EDITORS' PICK
Writers’ groups join outcry over KWF move
Powered by style, innovation and passion
Authors unbowed after gov’t ‘purge’ of books
House energy committee chair Arroyo bats for cheap electricity
Taiwan’s foreign ministry thanks U.S. for maintaining security in Taiwan Strait
A laptop that maximizes your WiFi so you can maximize your productivity
MOST READ
Arjo Atayde reveals proposal to Maine Mendoza was ‘more than a year’ in the making
‘FPJ’s Ang Probinsyano’ officially ends after nearly 7 years
Man, girlfriend found dead in Leyte river
Actor Anne Heche ‘brain dead’ after crash – US media
Don't miss out on the latest news and information.