The Department of Health (DOH) on Friday recorded 8,719 new COVID-19 infections, which brought the country’s total case count to 979,740.

It was the fifth day of new cases being below the 10,000 mark, although the DOH earlier stressed that its data depended on several factors, including late submission by some of its laboratories.

But the number of active cases has also slowly declined, based on the department’s latest bulletin.

As of Friday there are 102,799 active cases, or currently sick patients. Of this number, the majority, or 96.4 percent are mild cases, 1.3 percent are asymptomatic, 0.9 percent are severe, 0.7 percent are critical and 0.58 percent are moderate.

However, 159 more patients have succumbed to the disease, bringing the death toll to 16,529.

The DOH said it removed 28 duplicate cases from the total tally, while 77 cases previously tagged as recoveries were reclassified as deaths after final validation.

Also on Friday, the OCTA Research Group warned against prematurely easing COVID-19 restrictions in the NCR Plus bubble, referring to the National Capital Region and four neighboring provinces.

OCTA Research fellow Fr. Nicanor Austriaco said the reproduction number (R) should be less than 1 for several weeks before the government considers lifting the modified enhanced community quarantine (MECQ) status, as it did on April 12.

A reproduction number of 1 or higher indicates sustained transmission of the virus. It was at 0.99 on Friday, from a high of 1.96 the week before the government placed NCR Plus under enhanced community quarantine.

“We urge the national government not to exit MECQ until at least the R is less than 0.9 in a sustained manner,” Austriaco said in a webinar organized by Cardinal Santos Medical Center.

He said the rate of transmission remained “unstable” as it varied among the local governments in the NCR Plus.

Only when the reproduction number remains below 1 in the coming weeks can hospitals in Metro Manila start decongesting, Austriaco said.

“We are looking for a consistent pattern of decrease throughout all the 17 LGUs (local government units) [in Metro Manila] for a significant period of time before we know we have successfully passed through the surge,” he said.

To better determine the number of hospital beds and human resources needed to respond to the surge of infections, the Inter-Agency Task Force for the Management of Emerging Infectious Diseases ordered the use of an app developed by the Ateneo de Manila University.

The app, called Fassster (Feasibility Analysis of Syndromic Surveillance Using Spatio-Temporal Epidemiological Modeler for Early Detection of Diseases), can help anticipate certain data such as the doubling time and utilization rate of health-care facilities and equipment, the task force said.

The DOH said 66 percent of the total intensive care unit beds nationwide were in use as of Friday. In Metro Manila, 82 percent of these beds were occupied.

—WITH A REPORT FROM LEILA B. SALAVERRIA INQ 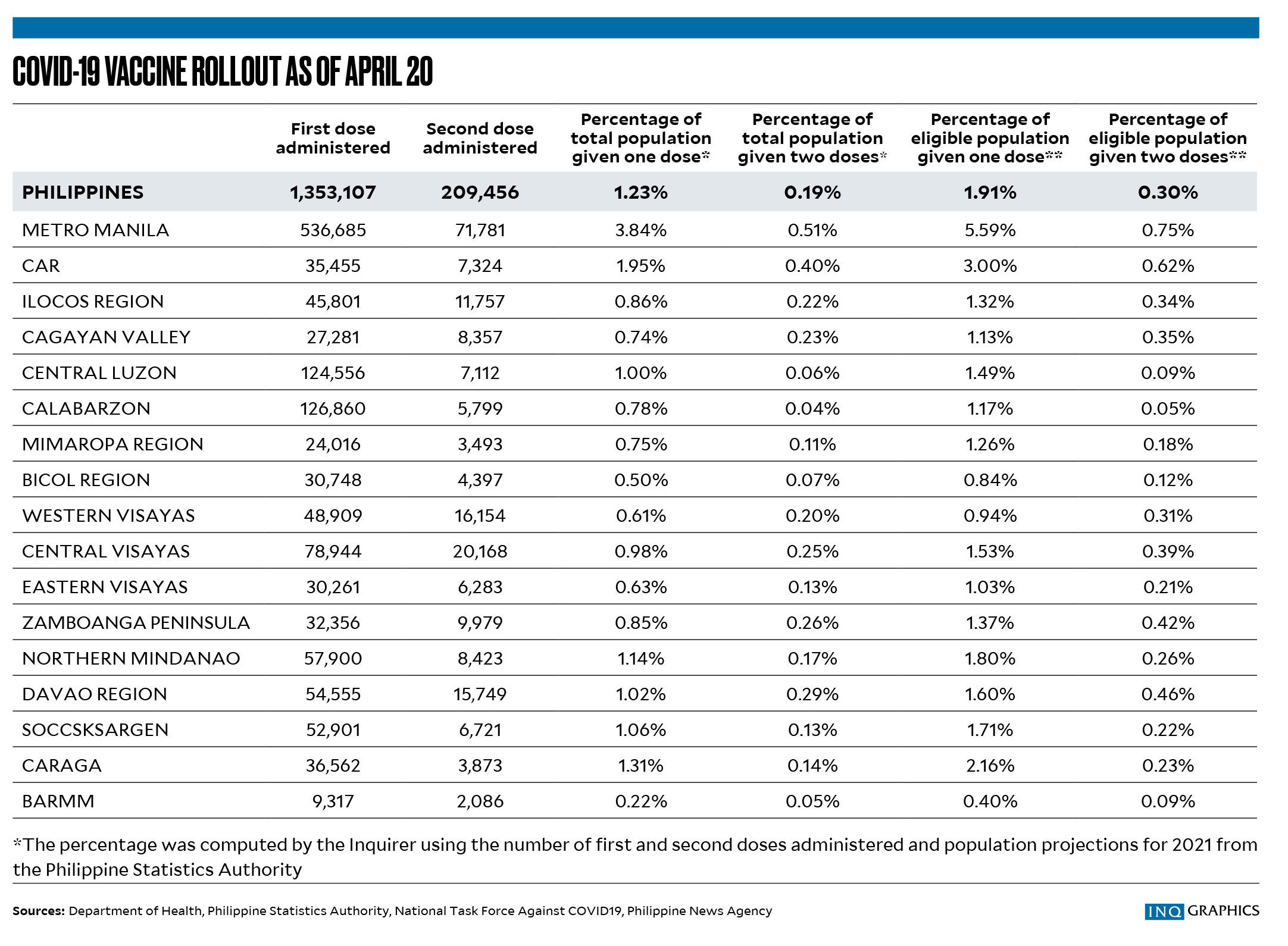 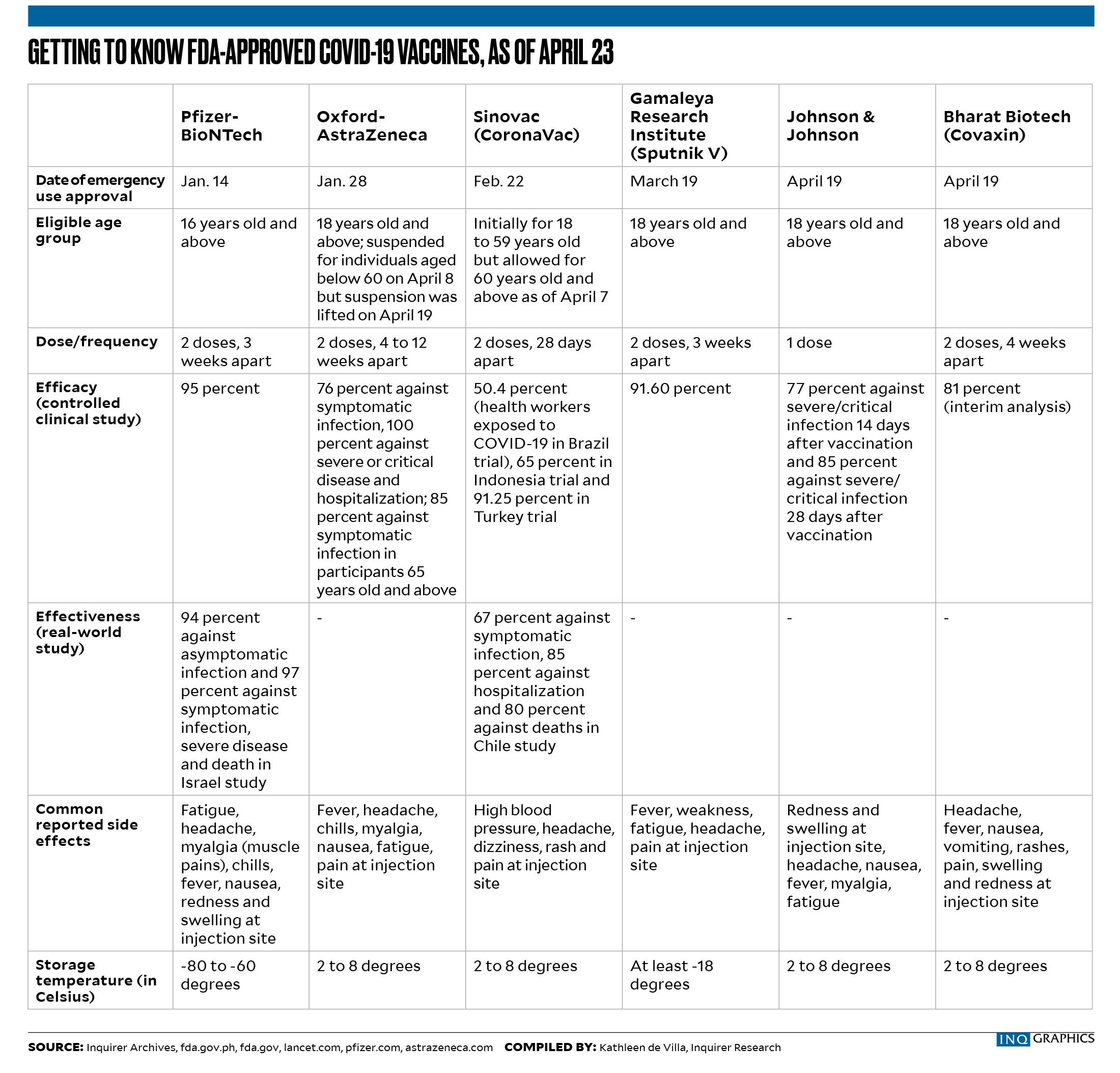