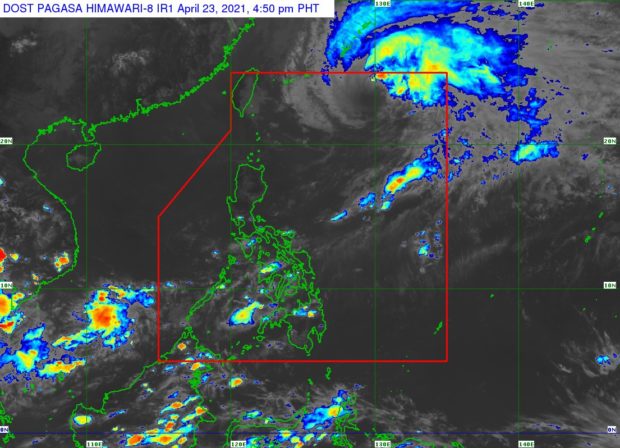 MANILA, Philippines — Bising weakened into a severe tropical storm as it continues to move away from the country, state meteorologists said on Friday afternoon.

Reports from the Philippine Atmospheric, Geophysical and Astronomical Services Administration (Pagasa) showed that Bising now packs maximum sustained winds of 110 kilometers per hour (kph) near the center and gustiness of up to 135 kph.

It was last seen 825 kilometers east northeast of Basco, Batanes, and is moving northeast at a speed of 15 kph.

Pagasa’s satellite imaging also revealed that Bising and its trough no longer has any direct effect on the country’s weather, which means Northern Luzon may expect improving weather in the coming hours.  However, isolated thunderstorms may still be felt in various areas of the country.

Gale warnings have been lifted but Pagasa warned that Bising may still cause moderate to rough seas over Northern Luzon’s seaboards and the eastern waters of Central Luzon. Pagasa said that small boats are still not urged to sail in these areas.