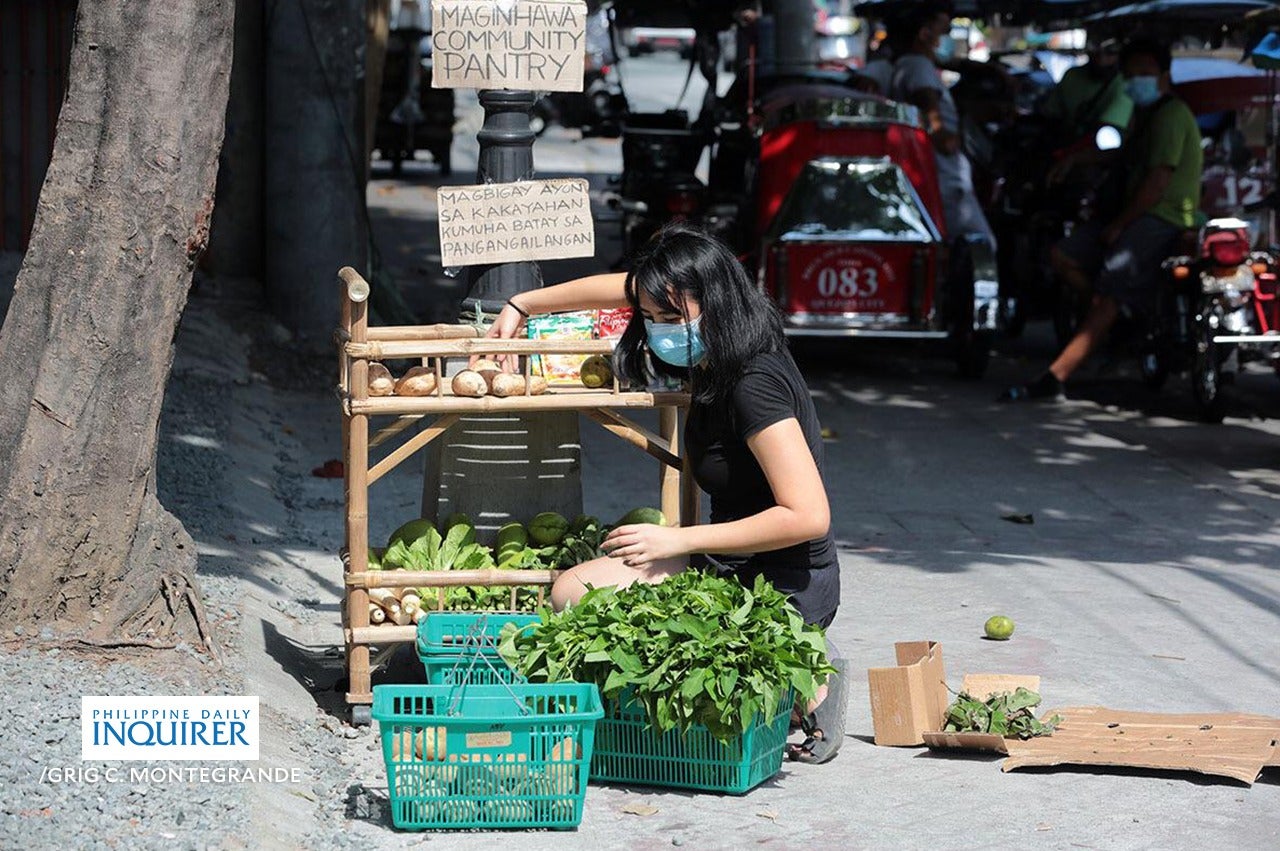 Ana Patricia Non refills the Maginhawa Community Pantry on Thursday, April 15, 2021, which she set up to help people who are badly affected by the pandemic and have difficulty finding food to serve on their tables. The pantry accepts donations like canned goods, vegetables, vitamins, and face masks, among others, from kindhearted individuals as those are essential for sustenance and survival. The pantry is open from 6 a.m. to 6 p.m. daily.  INQUIRER/GRIG C. MONTEGRANDE

MANILA, Philippines – The alleged “red-tagging” of the organizer of the Maginhawa community pantry in Quezon City, as well as the other community pantries, did not come as a surprise for Senator Leila de Lima since people cannot be “humane” under the Duterte administration.

(It is forbidden to be humane under Duterte’s [administration].)

“The reported harassment and red-tagging of Ana Patricia Non of the Maginhawa Community Pantry and organizers of other community pantries did not come as a surprise,” she said.

The senator added that Duterte’s rule thrives on people’s misery that anything good coming from the people is seen as a threat.

“Heartless. Even residents from poor communities like Aroma in Tondo have pooled their meager resources to put up a pantry tapos sasabihin propaganda ang inisyatibang ito? Pakana ng NPA?” she said.

This regime is “scared witless” of the hope that these community efforts have sparked as this will further expose the government’s failure to properly respond to the pandemic, she said.

(Terrified of his “own ghost,” he had to mobilize his police to prevent further exposure of their misfortune. Incidents of harassment need to be immediately investigated and the perpetrators held accountable.)

De Lima urged the public to stand behind Non and the other organizers of such activities and defend the community pantries, adding that the regime’s attempt to deprive people of the right to live a life with dignity must be resisted.

Earlier, Non posted on her Facebook that she had to pause the operations on Tuesday as she has been red-tagged. – Liezelle Soriano Roy, trainee