Duterte to Senate: Give EO reducing pork tariffs a chance 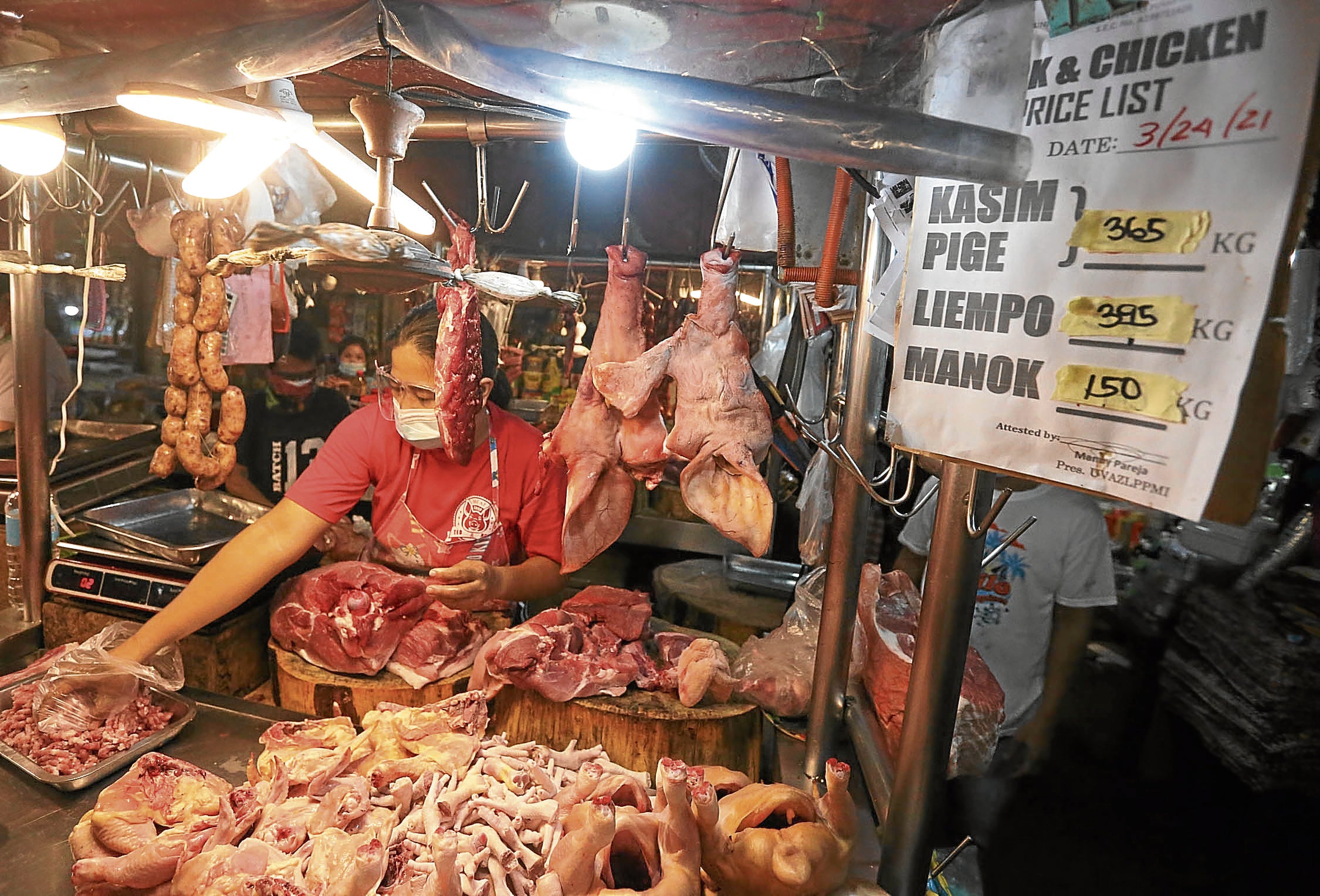 LUXURY For the poor and daily wage earners, having pork on their table is considered a luxury due to rising meat prices. At a wet market in Las Piñas City, prime cuts of pork are sold for at least P365 a kilo. —MARIANNE BERMUDEZ

MANILA, Philippines — President Rodrigo Duterte appealed to senators to give his executive order reducing tariffs on imported pork a “chance” and instead revisit it in two months to see if it addressed the country’s pork supply woes, Malacañang said Wednesday.

Senators earlier urged the President to recall his Executive Order (EO) No. 128 lowering tariffs on imported pork, saying it will kill the local hog industry.

“President Rodrigo Roa Duterte is asking the esteemed members of the Senate to give Executive Order No. 128 a chance and consider its intended effects, which include addressing the shortage in swine meat, stabilizing the price of pork meat, and minimizing inflation rate, as mentioned by the Department of Agriculture and the President’s Economic Team,” presidential spokesperson Harry Roque said in a statement.

“Let us revisit the EO in two months to assess whether the aforesaid intended effects have been realized/met,” he added.

Roque added Malacañang is “one with the Senate” in ensuring the recovery of the local hog industry and in attaining sufficient domestic pork production.

The President himself said he is open to revoking the EO once the domestic market for pork products improves.

While he understands the senators’ concern, Duterte said his economic managers are “really in favor” of reducing tariffs on imported pork.

The Department of Agriculture has assured the “calibrated arrival” of pork imports in the country. It also noted that the EO is only temporary and will only be effective for a year.