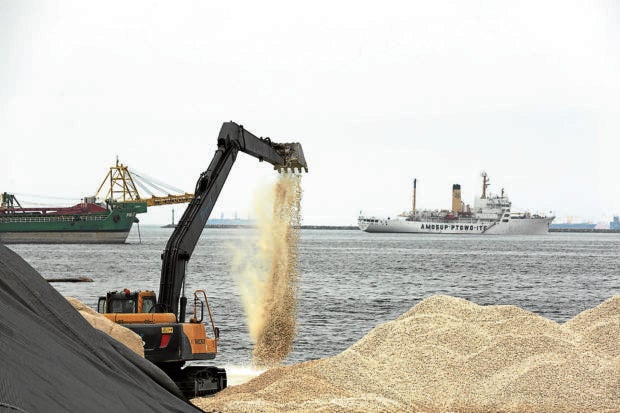 REPLENISHMENT Heavy equipment are used to dump fresh dolomite sand on an artificial beach in Manila Bay along Roxas Boulevard in Manila on April 13. The recent sand shipment from Alcoy town in Cebu province has been approved by Gov. Gwendolyn Garcia on the request of Environment Secretary Roy Cimatu. —GRIG C.MONTEGRANDE

CEBU CITY, Cebu, Philippines — Cebu Gov. Gwendolyn Garcia has confirmed that the shipment of crushed dolomite that was recently poured on an artificial beach in Manila Bay came from the mountains of Alcoy town in the southern portion of the province.

At a press conference on Monday, Garcia clarified that she did not lift the cease-and-desist order (CDO) she issued against the sale and shipment of dolomite in the country.

“We did not want the DENR (Department of Environment and Natural Resources) to be caught in the middle for that project. I won’t take part in the dolomite debate. If that was given clearance, then, we will allow [its transport]. So we allowed [the shipment] but at a very specific volume,” she said.

“I did not lift that (CDO). We gave an exception upon the request of Secretary Cimatu because they needed to finish the Manila Bay project,” she added.

Garcia earlier issued a CDO to Philippine Mining Service Corp. (PMSC) and Dolomite Mining Corp. for selling dolomite as a substitute to sand and gravel in the domestic market, which is not covered by their permits. 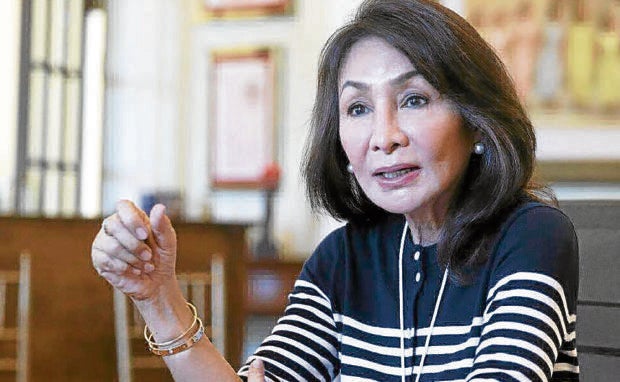 In Garcia’s Executive Order No. 25, she also cited the possible “ïrreversible” ecological damage arising from the quarrying of dolomite. “The extraction of dolomite minerals from Alcoy and the consequential damage it will cause the terrestrial environment of Cebu Island violate the Cebuanos’ constitutional right to a balanced and healthful ecology in accord with the rhythm and harmony of nature,” it read.

Rodel Bontuyan, provincial environment and natural resources officer, said 3 metric tons of dolomite sand were shipped to Manila in February and another 3 MT in March.

He said another shipment was set this month but its volume had yet to be determined.

Garcia said PMSC, which processes the crushed dolomite rocks, had yet to pay the P1.9 billion in taxes it owed the province since 2012.