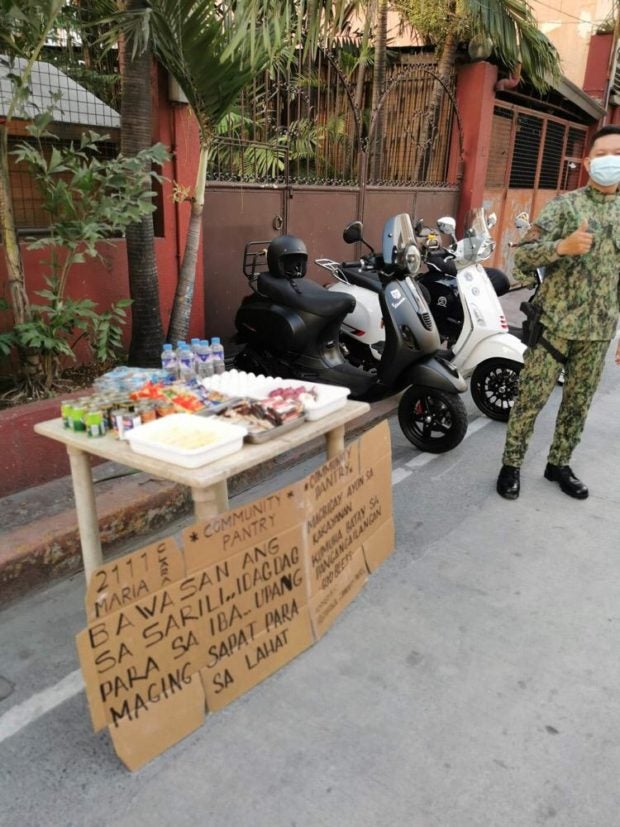 (Is helping people no longer allowed? Are we not entitled to say what we want to say?)

Senator Nancy Binay posed this question as she decried the red-tagging against organizers of community pantries, which are aimed to help those in need through food and essential goods donated by private citizens.

(Is this how paranoid you are, that even for people helping other people is considered despicable? What’s your contribution?)

She was referring to the red-tagging of the organizer of the Maginhawa community pantry, which inspired many private citizens to put up their own pantries in various neighborhoods in the country.

Non recently announced on her Facebook account that the Maginhawa community pantry in Quezon City will be temporarily closed amid red-tagging issues.

In her post, Non included screenshots of several social media posts accusing the community pantry of links to communist groups.

One of the screenshots showed that the National Task Force to End Local Communist Armed Conflict shared posts saying that community pantries are being used for propaganda of the CPP-NPA-NDF.

“When common people collectively band together to help those who are in need; when volunteers offer a selfless act of serving the people; and when ordinary Filipinos put up community pantries as a pure form of generosity–I don’t see them as enemies of the state, but as champions who have genuine compassion for our people,” Binay went on.

(This should not be used as a negative political weapon. This kind of noble effort should remain in the hands of private citizens to avoid politics.)

He also said that community pantries should encourage more potential donors to do their share in alleviating the plight of those in dire need of daily food supply in Metro Manila and in other parts of the country.

(We also need to sustain this commendable initiative, small donations can go a long way in helping the greater good, that’s why there’s a need for more people to donate.)

According to the senator, the emergence of community pantries should be gleaned as willingness on the part of private citizens to lend a hand to the government in coming to the aid of those in need.

Some lawmakers, however, earlier said the rise in such pantries reflect the lapses of the government in providing adequate assistance amid the pandemic.