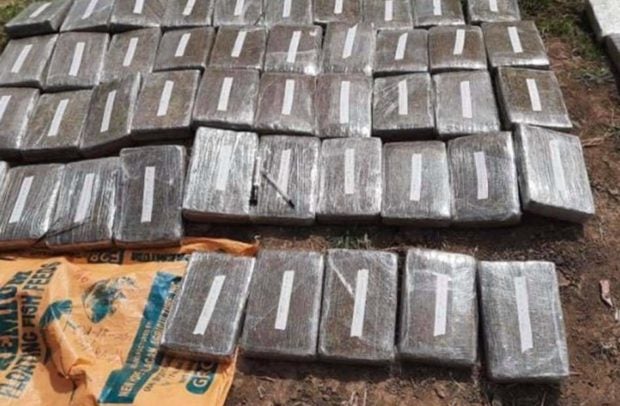 These bricks of dried marijuana leaves, which weigh 311 kilos, were left by a suspected drug trader in a car he abandoned after eluding arrest. Photo courtesy of Tabuk City police

Investigators said authorities were trying to flag down the car at a checkpoint in Barangay Lacnog when the suspect swerved and sped away.

When the unidentified suspect reached an irrigation canal, he abandoned his car and the marijuana bricks that weighed 311 kilos, said Col. Davy Vicente Limmong, Kalinga police director, in a statement.

The operation stemmed from a tip that marijuana bricks from Tinglayan, Kalinga will pass through Tabuk City.