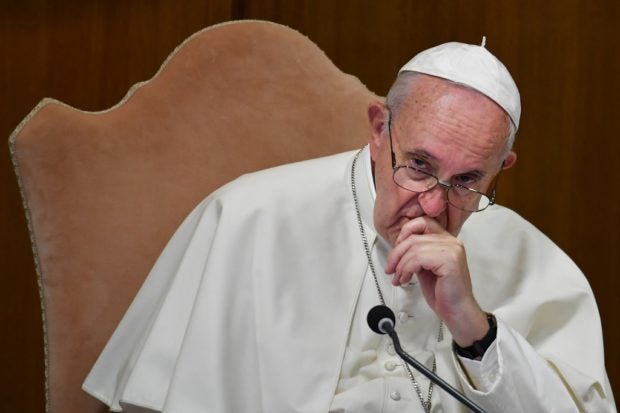 VATICAN CITY, Holy See  – Pope Francis expressed concern Sunday over the escalation of military activity in eastern Ukraine and called for measures to restore trust in the region.

His comments came after Ukraine and several western powers warned Russia about what they say is a massing of tens of thousands of forces on the border with Ukraine.

Clashes along the border, which had nearly ceased after a cease-fire reached last summer, have recently resumed.

“I am following with deep concern the events in several areas of eastern Ukraine, where in recent months violations of the cease-fire have multiplied, and I observe with great apprehension the increase of military activities,” he said.

“I firmly hope that the increase of tensions may be avoided and, on the contrary, gestures may be made that are capable of promoting mutual trust and fostering reconciliation and peace, so necessary and so desired,” he added.

The pope also spoke up about the plight of the local civilians caught up in the conflict.

On Friday, Macron and German Chancellor Angela Merkel declared their support for Ukrainian President Volodymyr Zelensky and called on Russia to rapidly withdraw troops from the border region.

Kiev has been battling Russian-backed separatists in eastern Ukraine since 2014 and clashes intensified early this year, effectively shredding a ceasefire agreed last July.