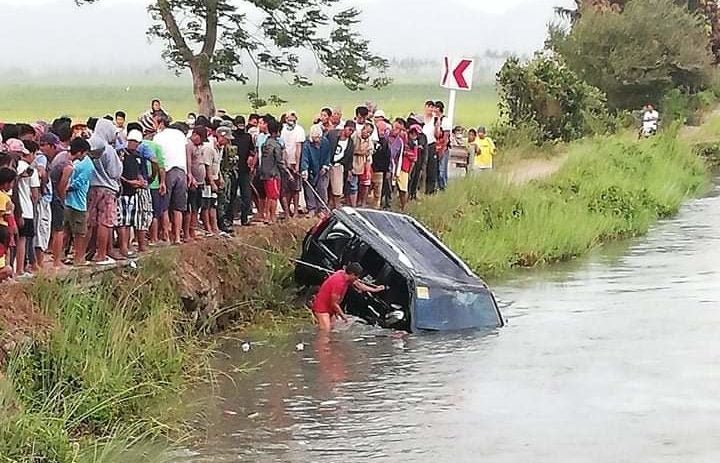 This sport utility vehicle plunged into an irrigation canal at Barangay Bulo in Tabuk City, Kalinga province on Sunday evening, April 18, killing 12 of its 14 passengers, seven of whom were children who were trapped and drowned. (Photo courtesy of ARCELI GUNDAY)

QUEZON, Isabela, Philippines — Twelve people, seven of them children, were killed when a sport utility vehicle carrying them fell into an irrigation canal in Tabuk City, Kalinga province on Sunday evening.

Two of their other companions — identified as Jezebel Basilio and Soy Agtulao — are being treated at the Kalinga Provincial Hospital and are in critical conditions.

Investigators said the driver, who was not immediately identified, lost control of the vehicle, which plunged into the irrigation canal in Barangay Bulo around 6:13 p.m.

Of the 12 fatalities, 11 died due to drowning, police said.