Signal No. 2 up in Catanduanes, Samar provinces due to Typhoon Bising | Inquirer News
Close
menu
search

Signal No. 2 up in Catanduanes, Samar provinces due to Typhoon Bising 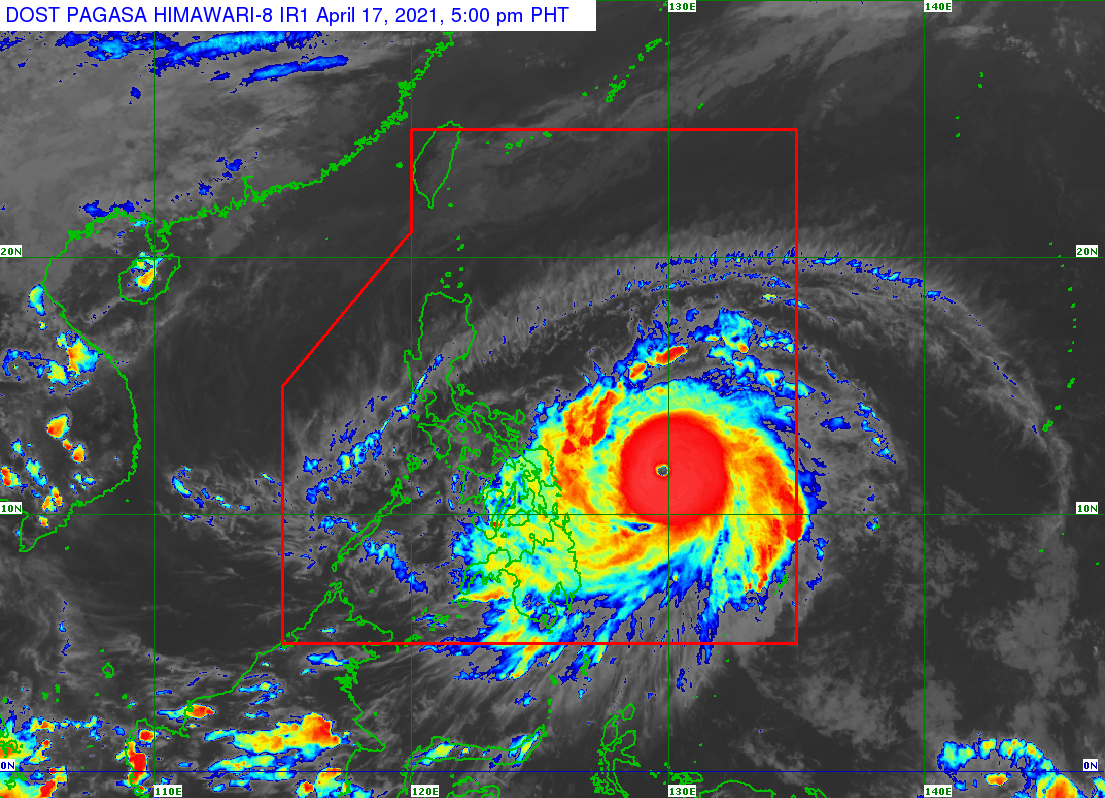 Meanwhile, TCWS No. 1 is raised in the following areas based on Pagasa’s 5 p.m. bulletin:

According to Pagasa, the center of the eye of Typhoon Bising was last spotted 460 km east of Guiuan, Eastern Samar.

The typhoon is moving west-northwestward at 25 kph and has maximum sustained winds of 195 kph near the center and gustiness of up to 240 kph.

“Considering the uncertainty in the track forecast of typhoon ‘Bising’, a westward shift in the current forecast track may result in potentially significant impacts over the eastern portions of Southern Luzon and Visayas,” the weather bureau said.

The typhoon is forecast to further intensify and reach its peak intensity with up to 205 kph on Sunday.

On Sunday, the rainbands of the typhoon are expected to bring moderate to heavy with at times intense rains over Eastern Visayas, Bicol Region, and the southern portion of Quezon, according to Pagasa.

By Monday, moderate to heavy with at times intense rains may be observed over Northern Samar, Bicol Region, and the southern portion of Quezon.

“Under these conditions, flooding (including flash floods) and rain-induced landslides may occur especially in areas identified in hazard maps as highly or very highly susceptible to these hazards,” Pagasa warns.