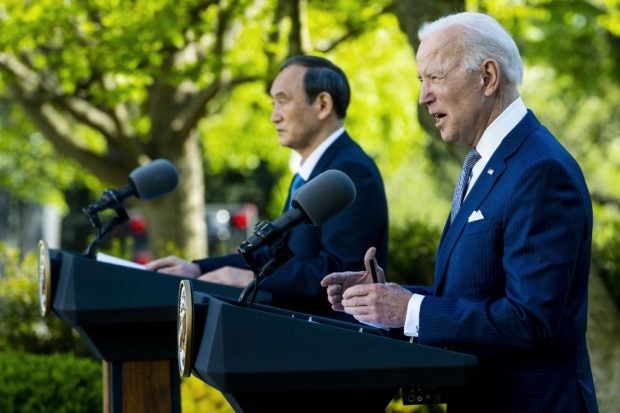 “We agreed to oppose any attempts to change the status quo by force or coercion in the East and South China seas and intimidation of others in the region,” Suga, Biden’s first foreign visitor, told a joint news conference with the US president.

He said Biden also reaffirmed that the US-Japan security treaty covered the Japanese-administered Senkaku islands where Beijing, which calls them the Diaoyu, has been increasingly active.

Biden voiced support for a strong alliance with Japan.

“We committed to working together to take on the challenges from China and on issues like the East China Sea, the South China Sea as well as North Korea,” Biden said.