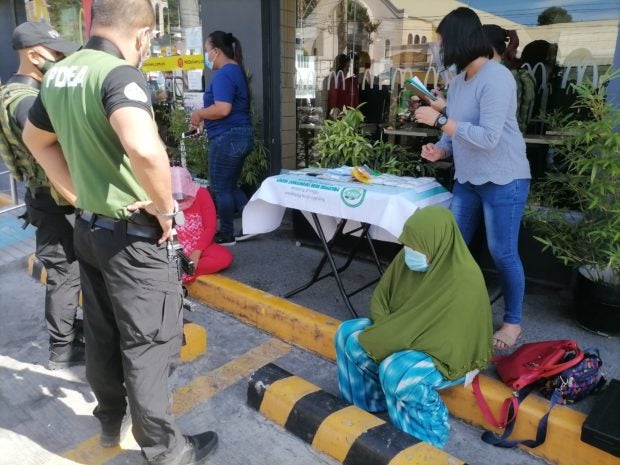 One of the women caught selling drugs sits while PDEA agents account for the seized items after a buy-bust operation in Cotabato City on Thursday (April 15). PHOTO FROM PDEA

Anthony Naive, agent of the Philippine Drug Enforcement Agency (PDEA) in Maguindanao province, said the two women—Elena Minala Daud, 40, and Sarah Badawi Parok, 39, both of Cotabato City—yielded 500 grams of shabu estimated to be worth P3.4 million.

Naive said it took two weeks of negotiations to consummate the sale of the prohibited stuff to PDEA undercover agents.

The sale on Thursday was set up in front of a food chain outlet in the downtown area.

As soon as the two women handed over the meth to the undercover agent and took the money, PDEA agents swooped in to arrest them.

Naive said aside from meth, also seized from the women were marked money made of photocopied P1,000 bills, mobile phones and various identification cards.

Daud, who claimed she was eight months pregnant, denied she was peddling drugs and told investigators that a friend from Manila told her to bring a plastic bag to the food outlet and someone will meet her there. 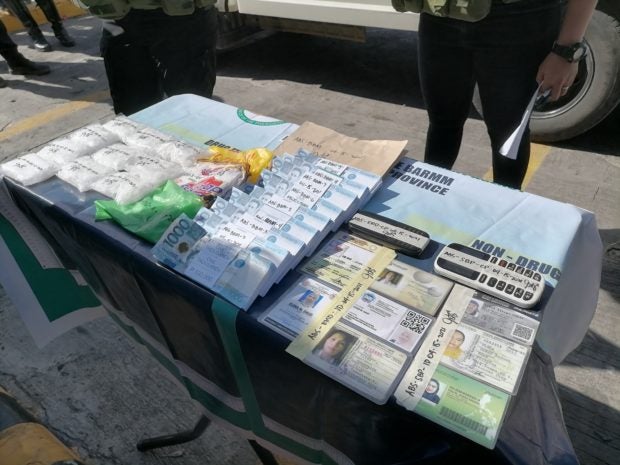 The items seized from two women suspected of selling meth in Cotabato City on April 15, 2021. PHOTO FROM PDEA

“I am not aware the content of the bag was illegal drugs,” Daud told reporters. “I cannot do it because I know it is illegal,” she added.

Daud and Parok are now detained at the PDEA jail facility in Cotabato City while charges are being prepared against them.