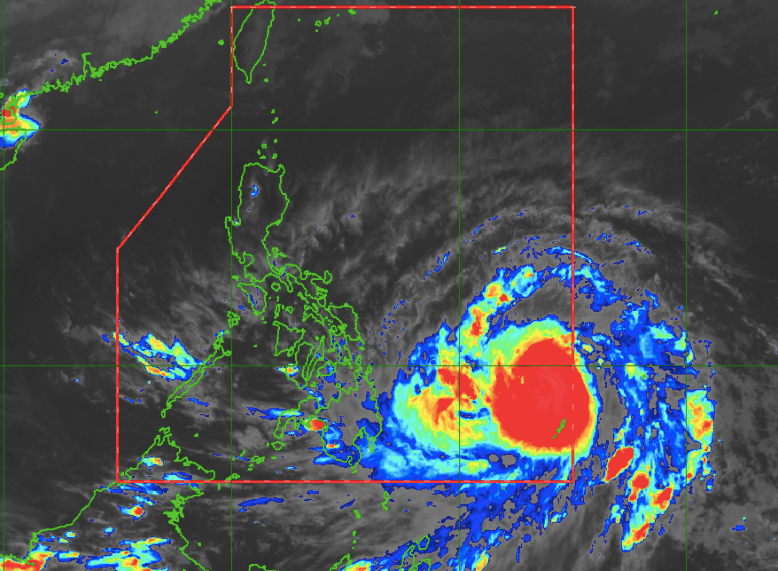 MANILA, Philippines — Typhoon Bising’s latest forecast track on Friday showed that it would move closer to the country’s landmass, with state meteorologists not completely ruling out a landfall scenario in the coming days.

Despite Bising’s apparent westward progression of about 15 kilometers per hour (kph), Pagasa pointed out that its precise path relies in part on the interaction with a high-pressure area (HPA) north of it.

As the HPA ridge prevents Bising from moving immediately north, it also slows down the typhoon.

(A ridge in the blank spot above encircles Typhoon Bising, preventing it from moving rapidly.)

(We will be monitoring this in the upcoming days because it would greatly affect Bising’s movement, as it plays a significant role in how the typhoon will move.)

However, parts of Northern Samar and islands near Catanduanes and Sorsogon remain in Pagasa’s cone of uncertainty, which means there is still a chance Bising will hit these areas.

In terms of strength, Bising is now packing a 130-kph sustained wind and gustiness up to 160-kph.

While no gale warnings have been issued even with the storm inside the Philippine area of responsibility, Pagasa said that the sea conditions over the whole eastern seaboard would be moderate to rough while the rest of the country will have a slight to moderate condition.