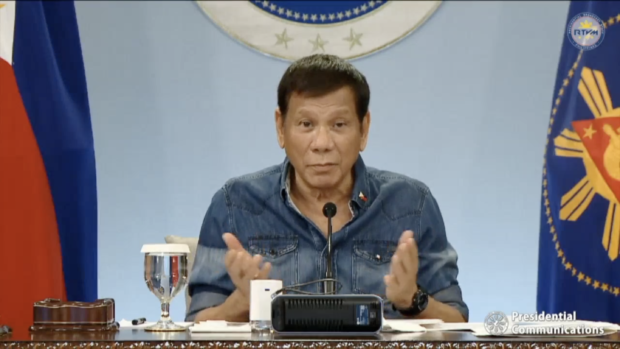 MANILA, Philippines — The Philippines has committed to the United Nations its target to reduce greenhouse gas (GHG) emissions by 75 percent between 2020 and 2030.

The Philippines submitted its first Nationally Determined Contribution (NDC) to the UN Framework Convention on Climate Change (UNFCCC) on April 15, as seen on the latter’s website.

“The Philippines commits to a projected GHG emissions reduction and avoidance of 75%, of which 2.71% is unconditional and 72.29% is conditional, representing the country’s ambition for GHG mitigation for the period 2020 to 2030 for the sectors of agriculture, wastes, industry, transport, and energy,” the country’s NDC stated.

The unconditional target of 2.71 percent means the government is undertaking this “using nationally mobilized resources” while the remaining 72.29 percent conditional target relies on support from the international community.

“The Philippines shall undertake adaptation measures across but not limited to, the sectors of agriculture, forestry, coastal and marine ecosystems, and biodiversity, health, and human security, to preempt, reduce and address residual loss and damage,” the NDC read.

The Climate Reality Project Philippines lauded the country’s move to finally submit its first NDC while noting that “this is just the first step toward ensuring the country’s just transition to a low-carbon and climate-resilient economy.”

“Now that the country’s first NDC has been officially submitted to the UNFCCC, it is time for the Climate Change Commission to facilitate a whole-of-government-and-society approach to the development of a comprehensive NDC Roadmap,” the organization’s manager Nazrin Castro said in a statement.

“This roadmap should hammer out the sectoral policies and measures that will deliver our NDC targets and will spell out detailed plans and timetables for the transition of sectors into a low-carbon economy in line with our aspiration to peak our emissions by 2030,” she added.

In his debut speech before the UN last year, President Rodrigo Duterte said climate change must be addressed as urgently as the COVID-19 pandemic.

The President appealed to parties of the Paris Agreement to comply with its terms as developing countries like the Philippines suffer the effects of climate change the most.

The Paris Agreement aims to strengthen global response by keeping the global average temperature this century to well below 2 degrees Celsius above pre-industrial levels.