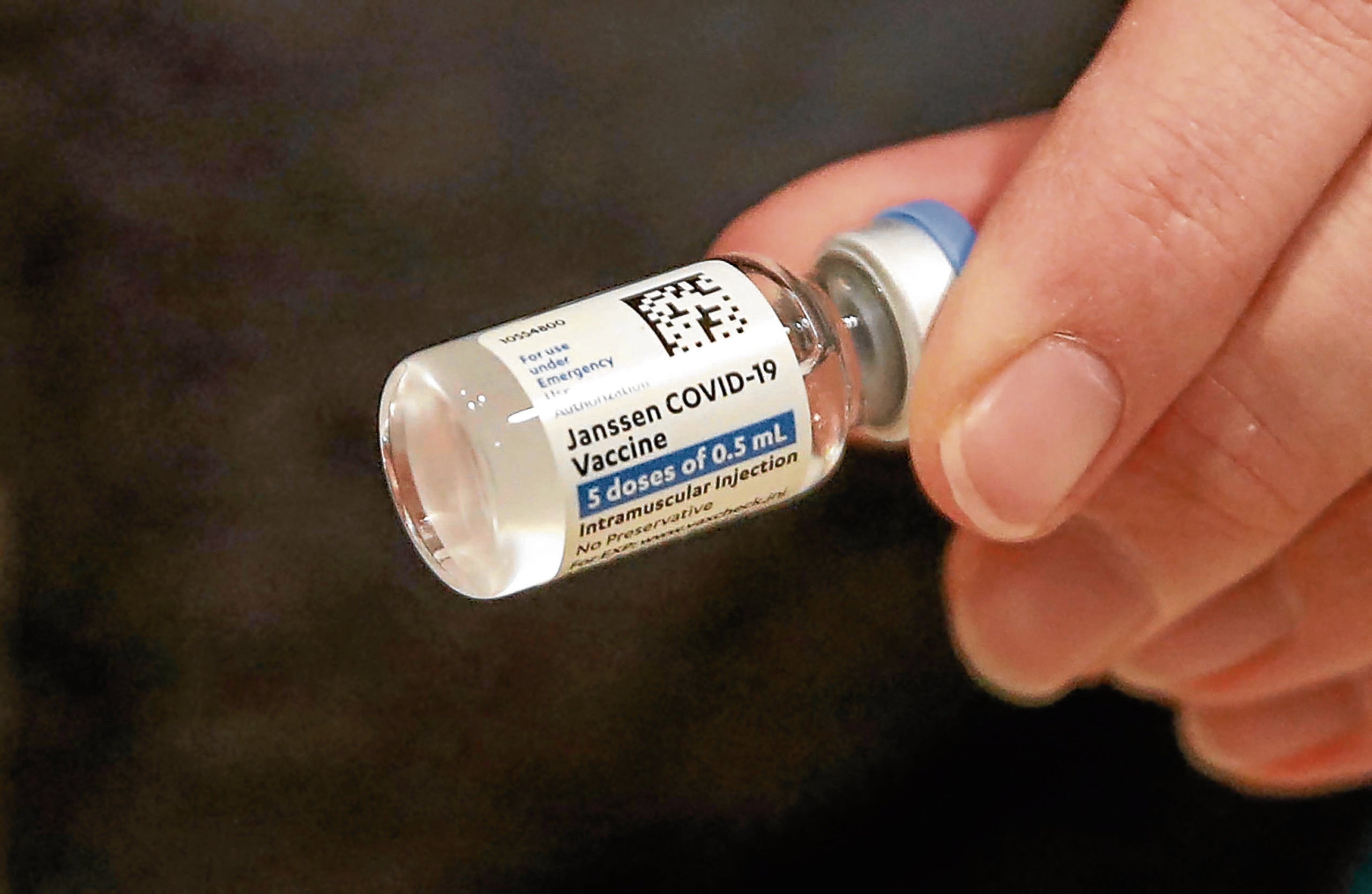 BLOOD CLOT PROBE  – Top US health authorities recommended a “pause” in the use of the Johnson & Johnson COVID-19 vaccine “out of an abundance of caution” as they investigate any links between it and blood clots, a regulator said on April 13. Because of the suspension, Moderna would have to “fill up” whatever gap the J&J vaccines might leave in the US stockpile over the next two weeks, according to the country’s ambassador to the United States. —AFP

Billionaire Enrique Razon said COVID-19 vaccines from American drug company Moderna would be arriving in June this year, raising hopes of speeding up the country’s inoculation drive against the pandemic that recently triggered another round of lockdowns in Metro Manila and nearby provinces.

The ports and gaming tycoon heads the private sector group involved in the tripartite agreement to secure 20 million doses of the Moderna vaccine.

“When deliveries arrive at the end of the second quarter [of 2021], we shall immediately roll out our vaccination program for employees, their direct dependents and extended household members,” Razon, chair and president of International Container Terminal Services Inc. (ICTSI), said at his company’s annual shareholders’ meeting on Thursday.

Under the tripartite agreement, the government will receive 13 million doses of the Moderna vaccine while the private sector will get 7 million doses for its workers.

But according to the country’s ambassador to the United States, Jose Manuel Romualdez, the US decision to temporarily halt the use of Johnson & Johnson’s COVID-19 vaccine could set back the delivery of the Moderna shots to the Philippines.

“(U)nfortunately, because of the recent setback of the J&J vaccines, this (delivery) may be delayed again. We were just informed. We’re working, trying to get some of these vaccines earlier, like at the end of May, but it seems it might be a little difficult [to do that] at this time,” Romualdez said in an online forum with US-based Filipinos on Thursday.

Still, Moderna, which produces one of the vaccines that is mainly used in the United States, assured the Philippines that the scheduled delivery date of June 15 remains, Romualdez said.

The US recently halted the use of the one-shot J&J vaccine to investigate rare blood clot formations in six out of 7 million people inoculated.

Because of the suspension, Romualdez said, Moderna would have to “fill up” whatever gap the J&J vaccines might leave in the US stockpile over the next two weeks.

An export “ban” on American-made vaccines and Biden’s program to have 400 million vaccines in its domestic stockpile by May were preventing an early release of the vaccines to the Philippines.

A Philippine official and the Filipino American healthcare community had been lobbying US President Joe Biden to release, for “humanitarian reason,” as early as May the 20 million Moderna vaccines purchased by the government and the private sector.

Filipino American groups, like the US Medicare in the Philippines and the Philippine Medical Association of Metro Washington DC, have started a letter campaign to generate support for their “homeland,” as Metro Manila tackles a fresh wave of infections.

Filipinos, many of them health-care workers, are a “potent force” in the United States and may give the Philippines “an edge over many other countries that are also asking [the US] for the same thing,” Romualdez said.

The Philippines looks to the United States for about 70 million doses, or close to half of its 130-140 million vaccine requirement, to inoculate 70 million Filipinos, Romualdez said.

Aside from Moderna, Romualdez said, the Philippines had written the US Department of Health and Human Services and the White House for a request “to borrow” its excess AstraZeneca vaccine.

He did not say how many doses were being sought but the United States recently donated 2 million doses each to Mexico and Canada. AstraZeneca has not yet been approved for emergency use in the US.

Romualdez said the Philippines had also renegotiated with Pfizer for 20 million doses through a bilateral deal and another 20 million through the COVAX facility, since it had settled the issue regarding the indemnity laws required by the American drug company.

“Right behind” the country’s order for Moderna jabs would be booster shots to be made available in the country, “as soon as the [Food and Drug Administration] approves (the booster),” he added.

An initial 2.4 million Pfizer doses are expected in May through COVAX, he said, “but it’s the same problem. (Pfizer) cannot give us any specific date of delivery because of the requirement that they need to supply first to the United States before they supply other countries.”

With still no end in sight for the pandemic, the Philippines had also offered to host the production or distribution hubs of US vaccine makers.

“We’ve offered it to Moderna, for instance, to set up [or]to start a distribution point in Clark (Freeport), where, as you know, it’s been developed as a full ecozone,” Romualdez said, adding that similar talks were ongoing between Maryland-based Novavax, the developer of Covovax, and local pharmaceutical company Unilab.

“The pandemic is projected to be around us for at least 3 to 5 years and we will be needing a lot of these booster shots and development of vaccines,” Romualdez said. “Unfortunately, that’s just the way it is, so we have to be prepared (and) we need to look forward to seeing some of these manufacturers of vaccines locate in our country.”

Since the pandemic, several biotechnology companies that have produced COVID vaccines have tapped manufacturing facilities offshore like in India, Thailand and South Korea.

The Philippines has so far partially or fully inoculated 1,255,716 Filipinos from its current vaccine stockpile of 3,025,600 CoronaVac and AstraZeneca vaccines.