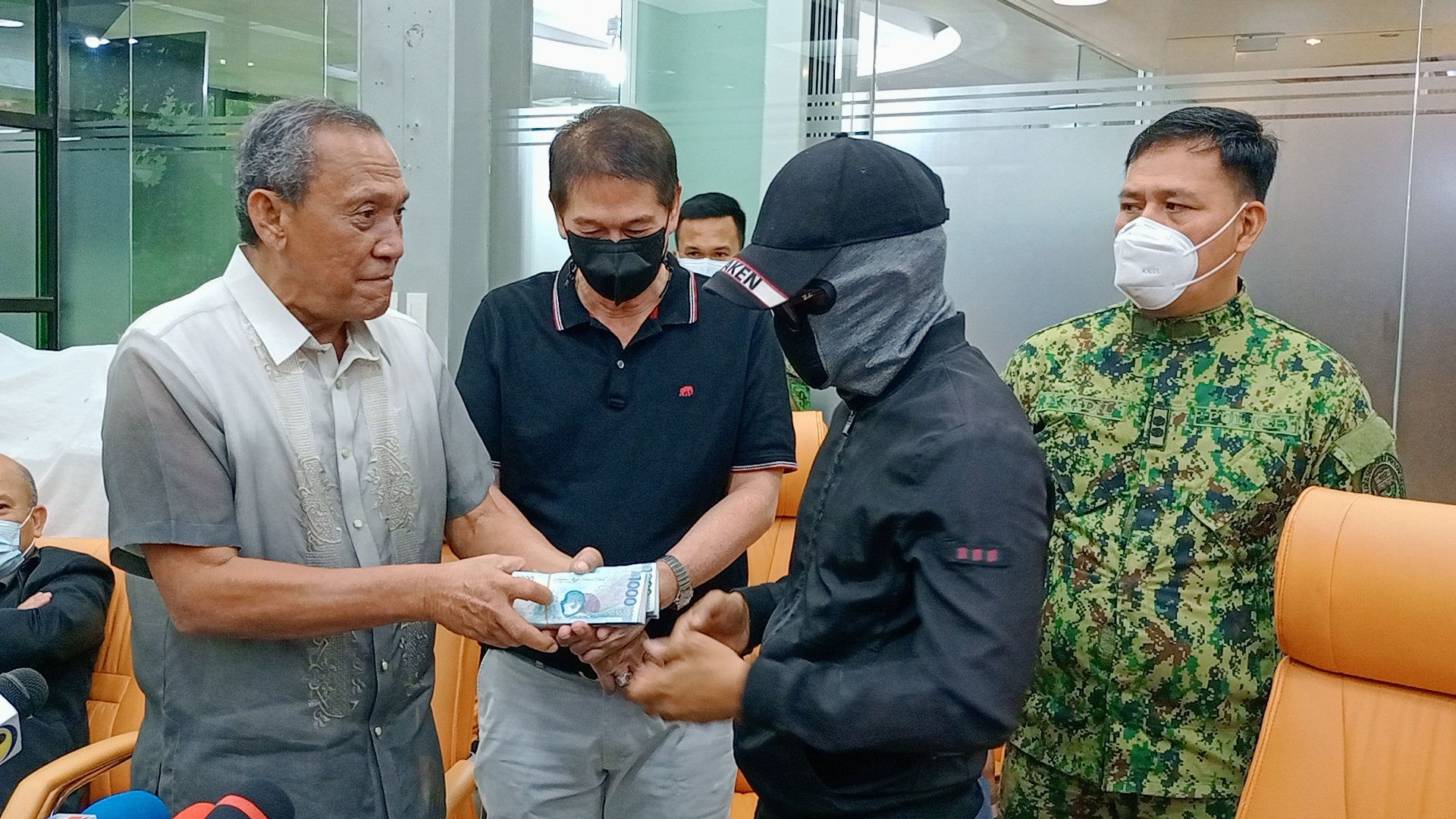 Pagadian City Councilor Vincenzo Cagampang (left) hands over the P200,000 cash reward to an informant who provided leads for the identification and arrest of a suspect in a robbery-murder case in 2020. Looking on is Mayor Samuel Co and Lt. Col. Parson Asadil, city police chief. PHOTO BY LEAH AGONOY

PAGADIAN CITY—An informant who helped identify the suspect in a robbery-murder case here in 2020 received a P200,000 reward from the city government.

The reward was prompted by the arrest of the suspect last April 3, 2021.

Mayor Samuel Co said the bounty was offered after the killing of a salesman of San Miguel Corporation, Jonathan Saldua, on July 20, 2020.

Saldua fought the armed robbers, who were after his jewelries and at least P800,000 in cash, and was shot and killed.

Asadil said the leads provided by the informant were instrumental in identifying and tracking down Usman.