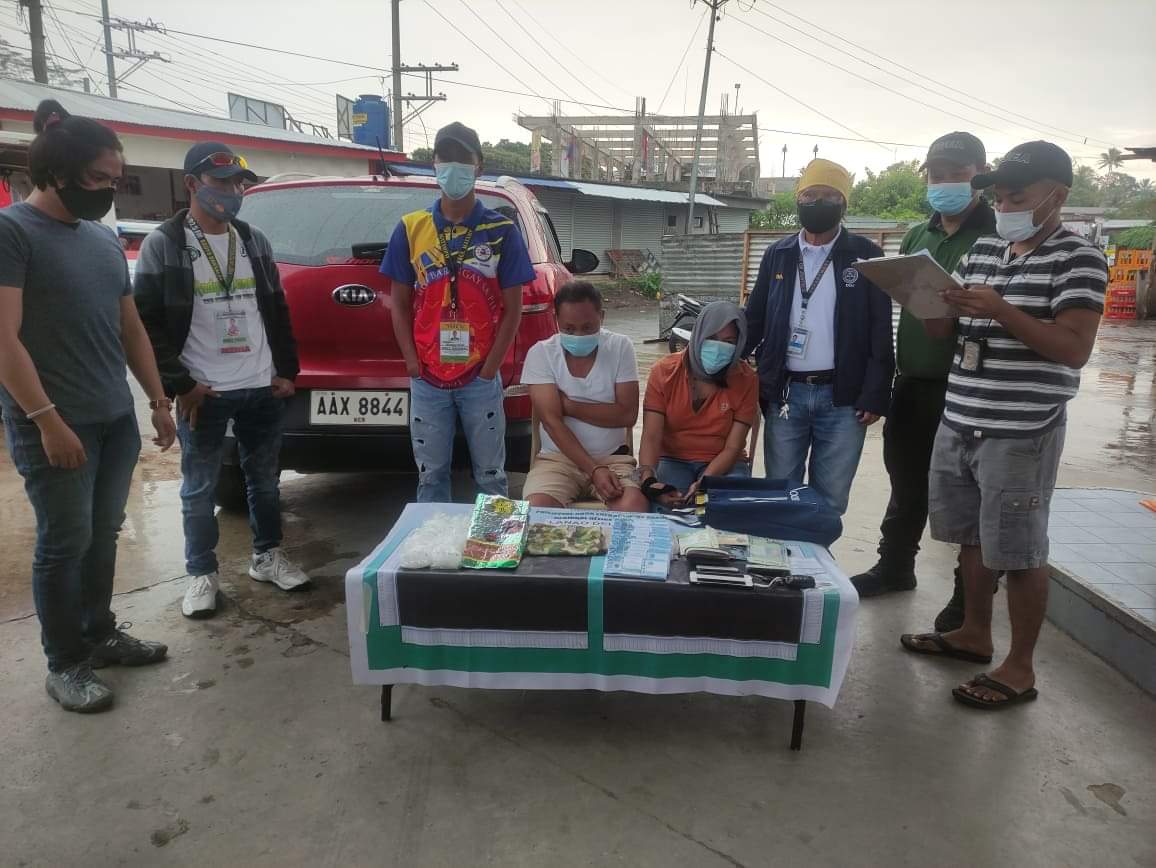 Anti-narcotics operatives account for the items seized from the couple Ating and Norhata Pundogar in Marawi City on Wednesday (April 14) in a buy-bust operation. PHOTO FROM PDEA BARMM

Juvenal Azurin, director of the Philippine Drug Enforcement Agency (PDEA) in the Bangsmaoro Autonomous Region in Muslim Mindanao (BARMM), identified the suspects as Ating Pundogar and his wife Norhata.

Both agreed to sell a kilo of meth to a PDEA undercover agent with the turnover on the national highway at the village of Matampay.

“We have been tailing them for sometime. This is a big catch,” Azurin told reporters.

He acknowledged the participation of other law enforcement units in Marawi, including soldiers from the Army’s 103rd Infantry Brigade, in the operation.

The couple were immediately arrested after handing over the meth, estimated to be worth P6.8 million.

Apart from the meth, authorities also seized the couple’s vehicle and mobile phones allegedly used in the illegal trade.

Charges are being prepared by the PDEA regional office.