MANILA, Philippines — Broadcaster and radio commentator Anthony Taberna has filed qualified theft complaints against his diner’s former finance chief and a bank branch manager for allegedly swiping over P15 million from his company.

In his 11-page complaint filed before the Quezon City Prosecutor’s Office on Wednesday, Taberna alleged that Ernie Patrick Aquino, former finance and administrative head of A. Taberna Foods, conspired with bank branch manager Gualberto Baluyot II and stole more than P15.38 million from the company’s accounts into Aquino’s personal account.

According to Taberna, they were informed by Aquino during board meetings that the company’s finances were stable, citing reports from the bank from which Baluyot was working.  However, checks issued last November 2020 were supposedly dishonored due to insufficient funds.

This prompted the former radio reporter to tap an auditing firm to check the finances of his business with the bank. Consequently, Taberna said they discovered that Aquino managed to open seven bank accounts for the different branches of Ka Tunying’s Cafe – his bakery-restaurant business – even without the approval of the company board.

“In the last week of November 2020, several checks issued by A. Taberna Foods to suppliers were dishonored despite the supposed availability of funds. Upon inquiry with (the bank), the company discovered that respondent Aquino was able to open seven other bank accounts under the name of Taberna Foods,” Taberna said in his complaint. 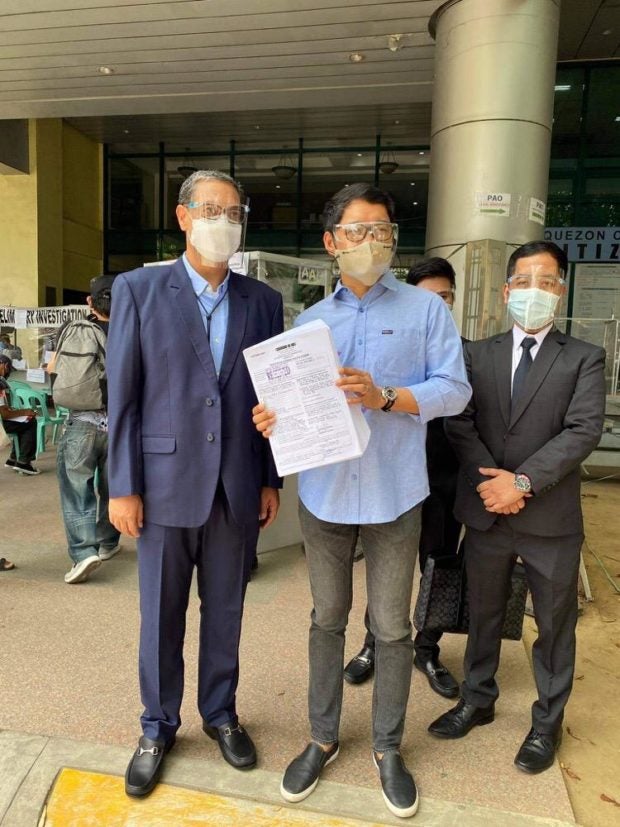 All seven accounts were opened in the same bank branch, according to Taberna, who further recalled that it was Aquino who convinced them to open the company’s maiden account with the bank branch involved because the ex-finance head purportedly knows someone who can help Taberna organize his business finances – referring to Baluyot.

He also noted that Aquino changed the approval system without the knowledge of A. Taberna Foods, resulting in a scheme where Aquino approves actions made by the system administrator.

“Based on the examinations of bank accounts […] a total of 175 unauthorized transfers were made from these corporate bank accounts to personal accounts of respondent Aquino in the total amount of PhP 15,381,644.09,” Taberna pointed out.

“Notably, all these unauthorized transfers were confirmed by respondent Aquino as the approver,” he added.

Taberna, during an interview last December 15 in a talk show at his former network ABS-CBN, revealed about being victimized by a long-time employee, who allegedly embezzled a considerable amount from his company, while also dealing with his daughter’s battle against leukemia.

Back then, he refused to name the employee and only mentioned plans to file formal charges against the individual.