EXPLAINER: Five things you need to know about hemophilia 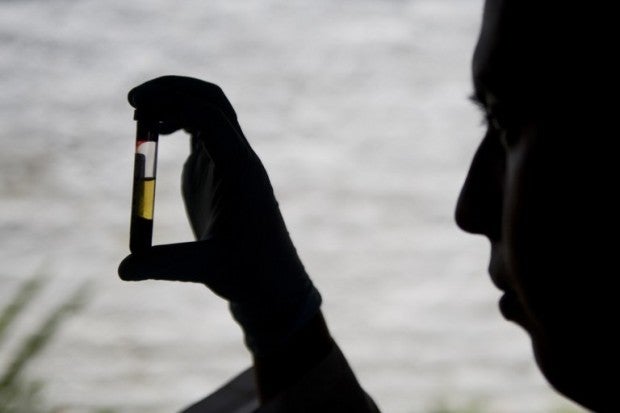 (FILES) This file photo taken on April 26, 2012 shows a scientist looking at a blood sample in a laboratory at the Center for Scientific Research Caucaseco in the outskirts of Cali, Colombia.
AFP PHOTO / LUIS ROBAYO

In celebration of National Hemophilia Day, here are some things you need to know about this rare type of bleeding disorder.

According to the Centers for Disease Control and Prevention (CDC), hemophilia is a bleeding disorder in which the blood can not clot properly. This can cause spontaneous and prolonged bleeding following an injury or surgery.

Hemophilia is a rare genetic disorder. However, CDC noted that it can also be developed later in life.

“The majority of cases involve middle-aged or elderly people or young women who have recently given birth or are in the later stages of pregnancy.  This condition often resolves with appropriate treatment,” said CDC on its website.

The U.S.-based nonprofit organization Mayo Clinic said at least 30 percent of people with hemophilia “have no family history of the disorder.”

“Acquired hemophilia is a rare variety of the condition that occurs when a person’s immune system attacks clotting factors in the blood,” it stated on its website.

Acquired hemophilia can be associated with pregnancy, autoimmune conditions, cancer, and multiple sclerosis.

Andrea Trinidad, president of Hemophilia Advocates-Philippines (HAP) explained hemophilia can also be present even without such history of the ailment in the family.

(Mutated starts at birth. When the baby is delivered, he or she already have hemophilia even without family history.)

(It mutated either from the mother or the baby. It’s possible to mutate even without a family history.)

There are two types of hemophilia. First is Hemophilia A or Classic Hemophilia, which according to CDC is caused by lack of clotting factor eight.

On the other hand, Hemophilia B, or the Christmas Disease, is caused by lack of clotting factor nine.

Hemophilia Advocates Philippines (HAP), a non-profit organization led by persons with hemophilia as well as family members and advocates, explained that Hemophilia A is the most common type of hemophilia.

At least eight out of 10 people with hemophilia have Hemophilia A, the organization said on its website.

The CDC and National Hemophilia Foundation cited the following as the common signs and symptoms of the bleeding disorder:

Hemophilia, according to CDC, occurs in “one of every 5,000 male births.”

However, while it is more common among men, women can also be diagnosed with the disorder. 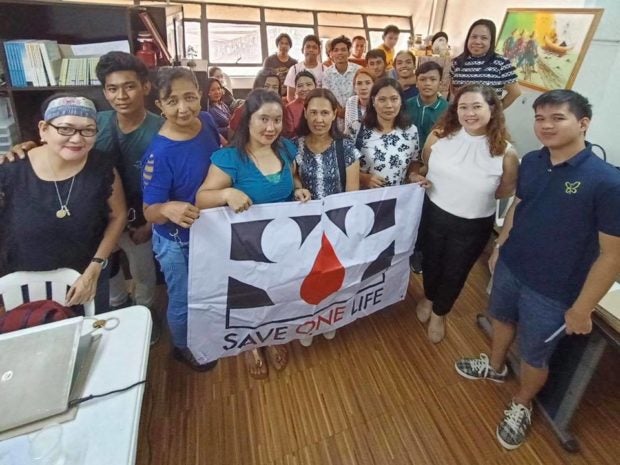 Trinidad with advocates of Hemophilia Advocates-Philippines. Image from Facebook page of the group

In the Philippines, The World Hemophilia Federation’s data bared that 1,566 Filipinos have hemophilia. Around 46 meanwhile have Willebrand disease – the most common bleeding disorder caused by missing or defective von Willebrand factor (vWF).

However, it was earlier estimated that there could be some 10,000 Filipinos affected with hemophilia and around one million others with von Willebrand Disease and other clotting factor deficiency disorders.

Trinidad attributed this low count of Filipinos diagnosed with hemophilia to the expensive laboratory examinations fees as well as the lack of diagnostics in the country.

(It’s expensive to undergo the factor assays for diagnostics. It’s costly that’s why only few are being diagnosed with hemophilia.)

There is currently no cure for hemophilia. However, there are several treatments available for patients.

Replacement therapy, considered as the main treatment for severe hemophilia, replaces the missing blood clotting factor so that the blood can clot properly.

Both CDC and Mayo Clinic said that this type of treatment is administered intravenously.