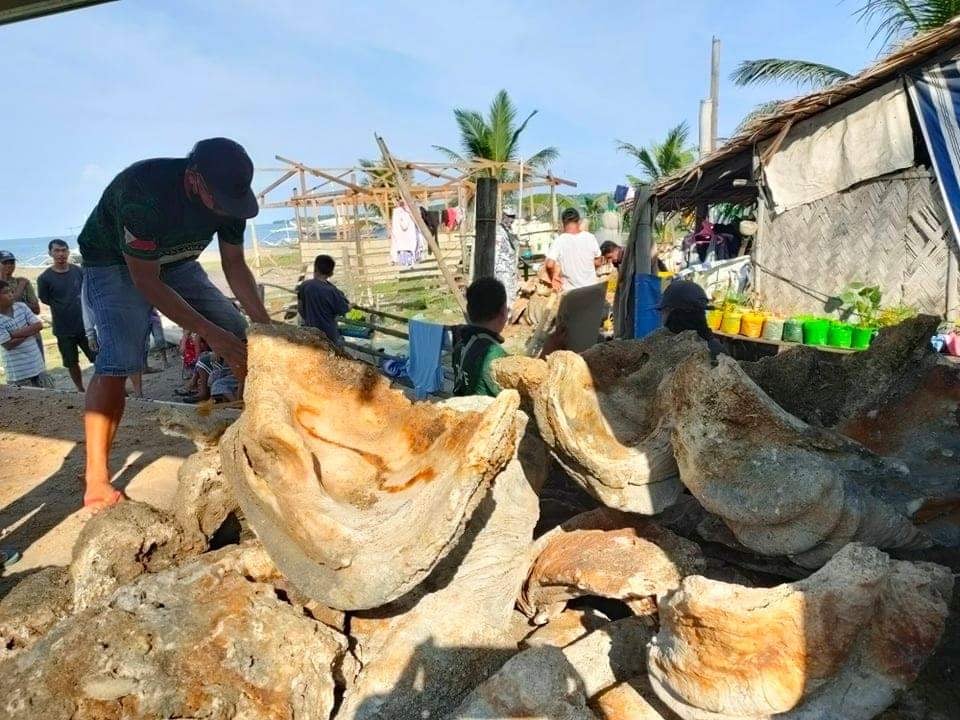 A government personnel arranges the giant clam shells worth P57 million that were left by still unknown persons at a coastal village in Narra, Palawan. Those who illegally harvested the giant clams would be liable for violation of Republic Act 9147, otherwise known as the Wildlife Resources Conservation and Protection Act, when identified. Contributed photo

PUERTO PRINCESA CITY—An estimated P57 million worth of giant clam shells were found abandoned in a coastal community in the town of Narra, Palawan province on Tuesday (April 13).

Volunteers, Coast Guard men, police and military found at least 26 tons of the shells at the village of Panacan 1 during an operation.

Authorities are gathering intelligence to identify the perpetrators of the giant clam harvest, which is illegal under Republic Act No. 9147, or the Wildlife Resources Conservation and Protection Act, according to an initial police report.

The shells had been turned over to the watchdog Bantay Palawan-Task Force South at the village of Tagpait in Aborlan town.

Giant clam shells are being used for making pieces of jewelry and as alternative to ivory.

Giant clams are also the target of Chinese poaching in the West Philippine Sea.