For Azerbaijanis displaced by war, a chance to finally go home 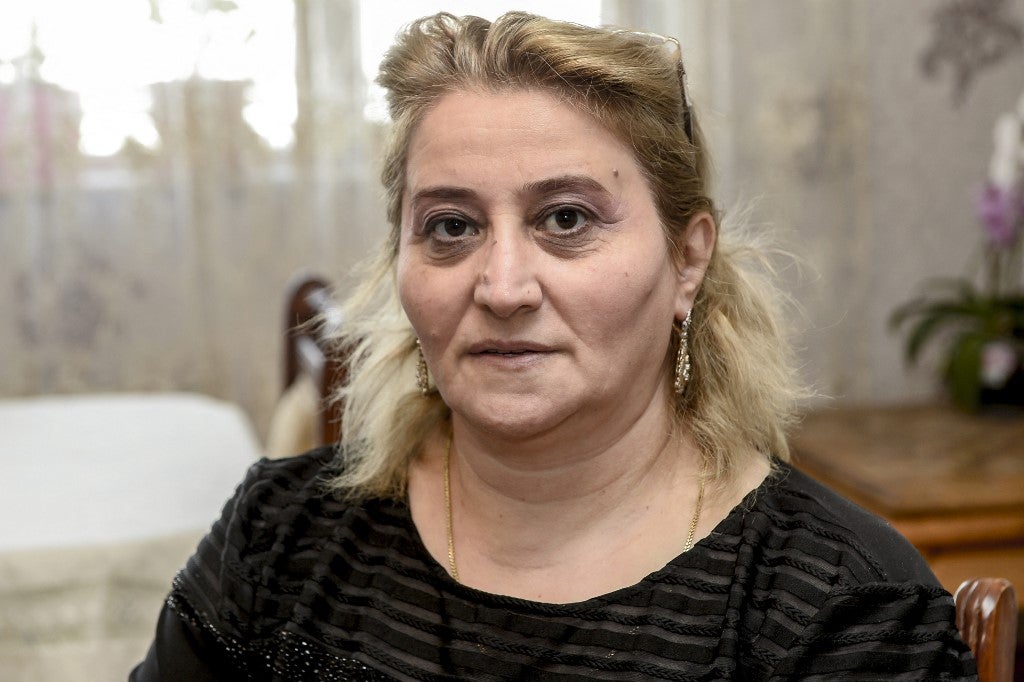 Azerbaijani Ramziya Sharifova, 47, poses during an interview with AFP at her apartment in Baku on April 2, 2021. – AFP

BAKU — As a young woman in 1993, Azerbaijani Ramziya Sharifova waded across a river into Iran with her family to escape Armenian forces capturing her village, then watched as they burned it to the ground.

The 47-year-old librarian is one of the 750,000 Azerbaijanis who fled the Nagorno-Karabakh region in southwestern Azerbaijan and several surrounding districts in the early 1990s.

As the Soviet Union collapsed, ethnic Armenian separatists declared independence for Karabakh and seized control of the region in a brutal war that left tens of thousands dead and forced hundreds of thousands from their homes.

Over six weeks of heavy fighting, Azerbaijan’s forces reclaimed much of the territory the country had lost in the 1990s, including seven districts around Karabakh.

Separatist authorities retained control of most of Karabakh itself, but a Russian-brokered peace deal agreed to allow people long displaced from their homes — like Sharifova — to return.

“I can’t describe the feelings that overwhelmed me when it was announced” that her home region of Zangilan had been retaken, Sharifova told AFP.

“I burst into tears… tears of joy for the liberation of our lands, but also of sadness for our soldiers who died.”

After fleeing to Iran in October 1993, Sharifova’s family of eight was repatriated a few days later to Azerbaijan.

They first lived in a freight train wagon, then for a decade in two small rooms of an abandoned administrative building that the government allocated for displaced people in the capital Baku.

She now lives in a large and comfortable apartment but is anxious to go home, waiting only for word from the government that the area has been cleared of landmines to move back.

“I want to participate in the rebuilding of my village,” Sharifova said.

Authorities in Baku have not yet said when those who fled in the 1990s will be able to return.

Work is under way to clear the retaken territories of landmines and repair infrastructure destroyed in the fighting.

Flush with revenues from oil and gas in the Caspian Sea, President Ilham Aliyev’s government has said it will spend billions of dollars on rebuilding the areas reclaimed in the war.

Aliyev, who has been accused of stifling the opposition, had long vowed to retake the territory and can use last year’s victory to shore up his popular support.

Ramil Huseynov, a 41-year-old who fled the Kalbajar region next to Karabakh as a teenager, said he “lived 27 years with the sole dream” of going home.

“We were expelled from our ancestral lands and condemned to a refugee’s life,” said Huseynov, who lives in Baku where he works as a civil servant in Azerbaijan’s state committee for the displaced.

Kalbajar was almost exclusively populated by ethnic Azerbaijanis before they were expelled by Armenians in 1993.

After Azerbaijani forces retook the district last year, he seethed with anger at video footage of Armenians who had settled in Kalbajar burning their homes rather than hand them over.

“Armenians lived in our homes, and when they left they burned down the houses, cut the trees in our gardens and forests, destroyed roads,” he said.

During last year’s conflict, Azerbaijani forces scored an important strategic and symbolic victory when they retook the town of Shusha inside Karabakh.

Azerbaijan has long claimed the town as a cradle of its culture and under the peace agreement it will remain in Azerbaijani hands.

Ramig Meherremov, who was the head doctor at a Shusha hospital before fleeing the town 30 years ago, said not a day has since passed that he did not think of returning to his home.

Before the 1990s war, Shusha was famed for its culture and architectural beauty, home to centuries-old mosques and churches used by Muslim Azerbaijanis and Christian Armenians.

Meherremov managed to make a brief trip to Shusha after the peace deal in November, only to discover that his home and those of several neighbours had been razed to the ground.

Sitting in the courtyard of his simple one-storey home in a settlement for displaced people outside Baku, Meherremov said he hoped that Shusha would one day “be restored to its previous beauty”.

It may take a long time, the 73-year-old said, but that won’t stop Azerbaijanis from returning.

“We are ready to live there, even in tents.”