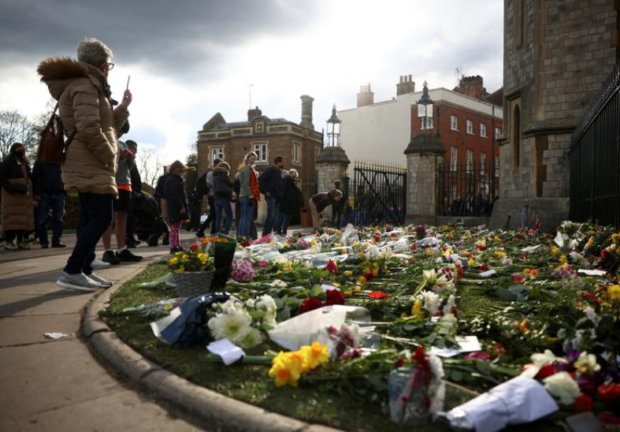 WINDSOR — A spring snow storm struck Windsor Castle on Monday where Queen Elizabeth pondered the huge void left by the death of Prince Philip, her husband of 73 years.

Philip, who had been at her side throughout her record-breaking 69-year reign, died at Windsor Castle on Friday. He was 99.

The queen’s son, Prince Andrew, said on Sunday that the queen was stoical in the face of a loss that she had described as “having left a huge void in her life”.

Andrew joined his siblings Charles, Anne and Edward in saying they had taken strength from the outpouring of affection and would rally around their mother in her time of grief.

Buckingham Palace announced that the funeral for Philip would be held on April 17, and that the queen’s grandson Prince Harry, who had become estranged from the family after moving to the United States with his wife Meghan, would attend.