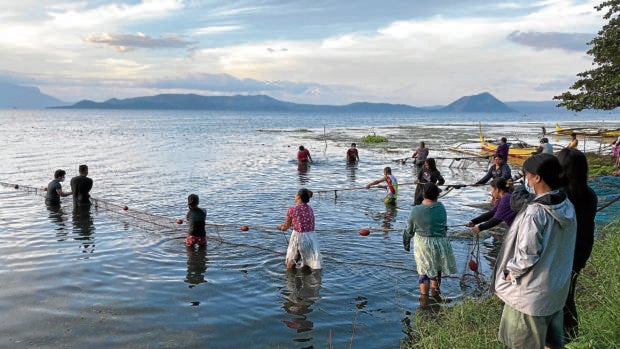 CRUCIAL HARVEST Researchers from the University of the Philippines Los Baños (UPLB), aided by some locals, collect “tawilis” using a fishing net from the Taal lakeshore in Talisay, Batangas, in February. The tawilis are transported live and reared at the UPLB Limnological Station in Los Baños, Laguna. —PHOTOS COURTESY OF UPLB LIMNOLOGICAL STATION

March and April are supposed to be a lean season for the “tawilis” (Sardinella tawilis) market, as catching the freshwater sardine is prohibited to allow it to spawn freely in its natural habitat in Taal Lake.

But for environmentalists like Jord Earving Gadingan of the nongovernment Sa Ngalan ng Lawa (In the Name of the Lake), it is their best chance to reach out to both fishermen and consumers to preach the conservation of the tawilis.

In 2018, the International Union for Conservation of Nature declared the tawilis an endangered species that triggered the two-month “closed season,” or fishing ban, on the fish endemic to Taal Lake in Batangas province.

Studies found multiple reasons for the decreasing population of the tawilis—from 1,672 metric tons in 1998 to just about 100 MT in 2010 — and one of them was overfishing.

Due to the Taal Volcano eruption in January 2020 and the pandemic lockdown that started two months later, government and nongovernmental organizations found it hard to enforce the ban in fishing communities, fish markets and restaurants.

Gadingan said that this year, they found a growing demand for the tawilis, commonly prepared as a deep-fried and crispy dish, being sold online in Metro Manila.

“We realized there’s a demand [for the tawilis] outside the TVPL (Taal Volcano Protected Landscape),” Gadingan told the Inquirer in a recent telephone interview. “Not to put down businesses [during a pandemic], but perhaps the awareness [campaign] must go beyond the communities within the [Taal] protected landscape.” 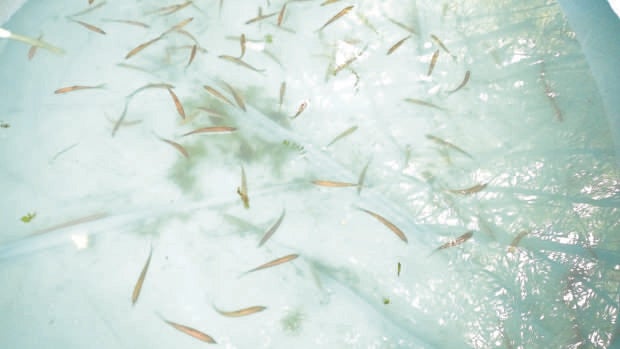 FISH OUT OF TAAL WATER Keeping several “tawilis” alive outside of Taal Lake has unlocked the potentials of captive rearing the only freshwater sardine in the world.

Gadingan organized what he dubbed as the “Tawilis Patrol,” which calls out online stores serving tawilis during the ban and at the same time offers alternatives to the dish, like the local herring varieties “salinyasi” and “tamban.”

“By doing this, you also create value for these (other types of fish),” he said.

An advocate of participatory governance, Gadingan said there was more value in education than mere “policing or [threatening] people with legal consequences.”

“People cooperate when they understand the ‘whys’ behind [these efforts],” he said.

“We realized the tawilis conservation was not perfect. It’s a two-monthlong period without income for small fishermen. Our call has been to provide social protection for them [during this time],” Gadingan said.

Fishing is a common livelihood in the Philippines and for which a team of University of the Philippines Los Baños (UPLB) scientists is working to improve local aquaculture.

Since July 2020, researchers from the UPLB Limnological Station collected live tawilis from Taal Lake and reared them in an artificial pond in Los Baños, Laguna province, under a state-funded project called “Fish Ark.”

“Primarily, the goal is to save them from extinction. In case of a massive (Taal Volcano) eruption, we ensure the continued survival of its lineage, being the only freshwater sardine in the world,” said Dr. Ma. Vivian Camacho, the station manager.

After a decadeslong attempt to breed the tawilis ex-situ (off-site), scientists recently made a breakthrough in this field.

As of April 8, Camacho said “several” individuals remained alive for more than a month now—the first time the tawilis survived this long outside Taal Lake.

“There had been several similar attempts way back that’s why we’re very happy about the success of this project,” she said.

Camacho declined to disclose the exact number of surviving tawilis at the station, pending the publication of their findings in a science journal.

But out of “hundreds” of individuals collected through multiple visits to the Taal Lake, mortality was relatively high, as scientists tried to figure out the perfect condition for captive rearing.

Still, for the tawilis to survive this long alone was a breakthrough for researchers, when “being able to keep them alive [outside the lake] just for hours was already a big deal,” Camacho said.

She described the tawilis as “very sensitive, that the fishermen we’ve talked to say, ‘pipitik lang’ (they would just snap and die) soon after they are caught.”

At the Laguna station, Camacho said they kept the tawilis in collected lake water from Taal, carefully mixed with a quarter of groundwater drawn in Los Baños in over four days of acclimatization process. 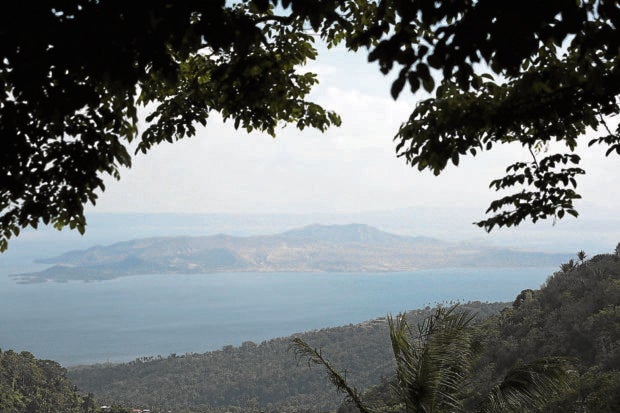 LAKE VIEW Taal Lake, which surrounds Taal Volcano Island, is home to the freshwater sardine “tawilis,” a delicacy sought by patrons of restaurants and eateries around Tagaytay City and Batangas province. The impact of the volcano’s eruption last year on lake conditions and its aquatic life has yet to be fully studied by researchers due to Taal’s unrest and restrictions prompted by the pandemic. —GRIG C. MONTEGRANDE

Affinity with the lake

Camacho said they had simulated the tawilis’ natural habitat, by keeping the water temperature between a range of 27 and 32 degrees Celsius, and its natural diet of zooplanktons.

“We monitor them on an hourly basis during the first few days of culture,” she said.

“Fish [in general] takes cues or triggers for spawning, like a change in water temperature or an increase in food item,” Camacho said.

But the tawilis, she said, has a strong “affinity with the Taal Lake.”

The tawilis has been existing in the freshwater habitat for more than 200 years after a major eruption of Taal Volcano in the 18th century sealed off the lake.

In his 1991 book, “The Mysteries of Taal,” American science journalist Thomas Hargrove mentioned accounts from Spanish priests and historians who referred to Taal Lake’s water and marine life as “salty before 1754.”

“I am fairly sure that Lake Taal’s waters began changing from salt to fresh after the 1754 eruption closed the channel to the sea,” Hargrove wrote.

There were conflicting theories as to whether Taal Lake was once saltwater or brackish. But Hargrove said a channel to the sea would have made the lake saline once.

“I think Taal’s waters were once, essentially, a part of the nearby South China Sea and supported the same variety of marine life,” he wrote. In present maps, Balayan Bay is the closest seawater body to Taal Lake.

The 2020 eruption of Taal Volcano raised questions in the scientific community as to how volcanic debris could alter the lake condition and its aquatic life, although there was still little study on this as posteruption research is hampered by the continued volcanic unrest and the health crisis arising from the COVID-19 pandemic.

Part of the Fish Ark project is to study the tawilis’ rearing and feeding behavior in a controlled environment and hopefully establish more captive-rearing stations across the country.