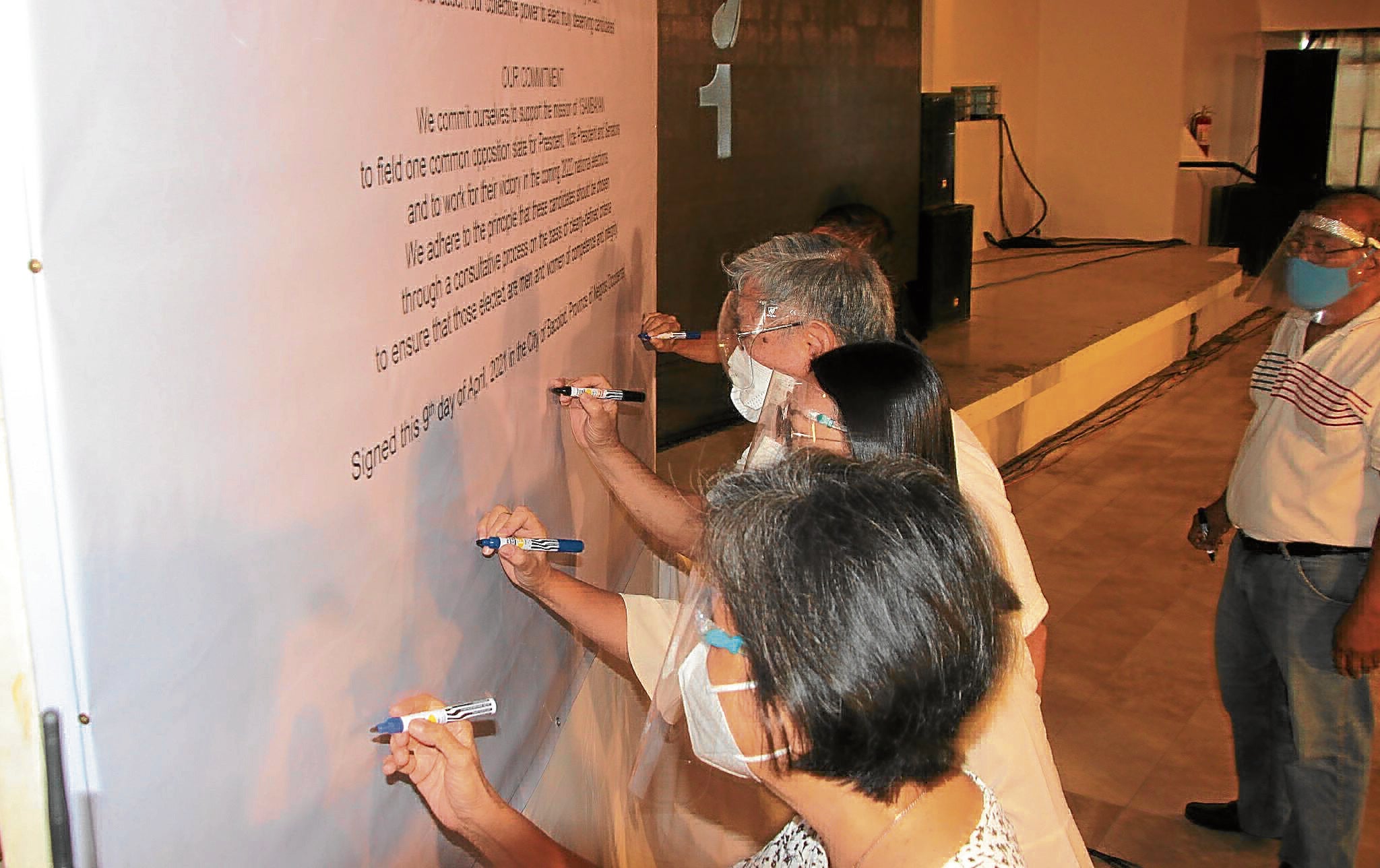 MANIFESTO  – Members of the 1Sambayan chapter in Negros Occidental sign a manifesto on Friday calling “to restore sanity and order in the way the country is run” through a change of leadership in the 2022 national elections. —PHOTO COURTESY OF ARCHIE ALIPALO

BACOLOD CITY—The first provincial chapter of 1Sambayan, a national coalition of forces critical to the Duterte administation, was launched in Negros Occidental on Friday.

Former Negros Occidental Gov. Rafael Coscolluela, one of the lead conveners of the group, said they immediately organized the local chapter after the launching last month in Metro Manila of 1Sambayan, which was initiated by a group of citizens concerned about the state of the nation and the quality of governance under President Duterte.

The launching was held online via Zoom and on-site at the Acacia Hotel here involving some 105 representatives from civil society groups, sectoral groups like fishers, youth and women organizations, and several local political personalities.

“We hope to galvanize Filipinos into a united opposition, rally inclusive coalition behind a single opposition slate for the next elections, systematize selection of the most competent and viable candidates to represent the opposition in the 2022 elections, and create conditions conducive to good and accountable governance,” Coscolluela said.

Those who accept the group’s nomination will be screened by a committee, short-listed and placed before the bar of public opinion before they would be endorsed as “the most qualified and viable choices for president, vice president and senators,” Coscolluela said.

Former Associate Justice Antonio Carpio, the lead convener of 1Sambayan who spoke to the group via Zoom, said Friday’s gathering showed “there are brave Filipinos who want to save the county from despair, incompetence and lack of vision.”

In its manifesto, the 1Sambayan Negros Occidental chapter stressed the need for them to come together “to restore sanity and order in the way the country is run.”

“On this basis, we believe that the present administration does not represent the kind of government and government officials that the country desperately needs and deserves,” it added. —CARLA P. GOMEZ