Look into plight of commuters as they scramble for daily rides, Poe tells gov’t 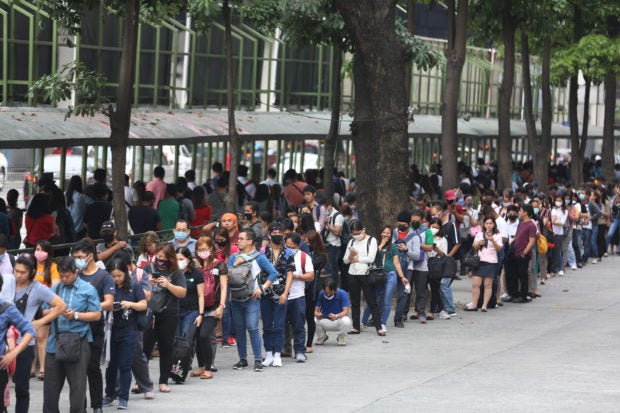 ‘SOCIAL DISTANCING’ Hundreds of commuters throw caution to the wind as they queue cheek by jowl outside the MRT3 North Avenue station in Quezon City. —NIÑO JESUS ORBETA

MANILA, Philippines – Senator Grace Poe on Friday assailed the failure of the government to address commuter problems, such as the lack of available public transportation, which made them more at risk of contracting coronavirus.

Poe, who heads the Senate public services committee, said that the lack of public transportation due to COVID-19 restrictions is forcing commuters to scramble for rides daily, or cram themselves into buses or jeepneys.

“The lack of PUVs is the reason why people cram themselves into buses and jeeps that are available because they do not know when the next ride will come,” she said in a statement.

Citing data from the Philippine Statistics Authority (PSA), Poe noted that there was a “slight deceleration in inflation in March” but a “hefty increase” in the transportation index, which accounts for 25.5 percent of total inflation. 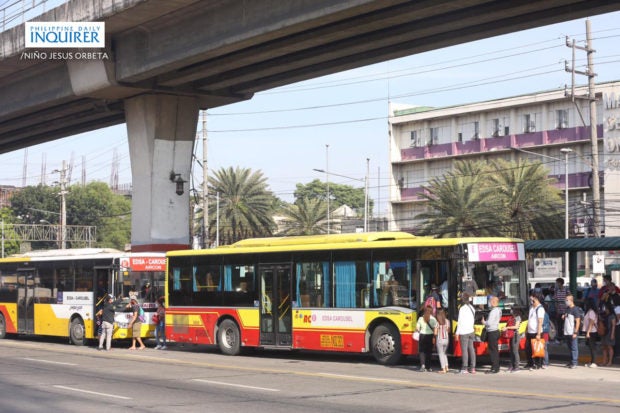 “When bigger vehicles such as buses and jeeps aren’t available, commuters are forced to take short-route rides, hopping from one area to another, kaya mas nagmamahal (it becomes more expensive),” she added.

The senator cited PSA data which showed that inflation for transportation jumped to 13.8 percent in March from 10.4 percent in February as there was a 47.5 increase in tricycle fares.

She said that the Department of Transportation is one of the agencies with the biggest budget and that it “can learn a thing or two” from local government units with limited resources, specifically on how it can focus on the needs of commuters while providing employment in the community.

“The agony and peril that our commuters go through just to earn a living and make both ends meet amid the pandemic deserve heightened attention from government,” Poe concluded. – Liezelle Soriano Roy, Trainee