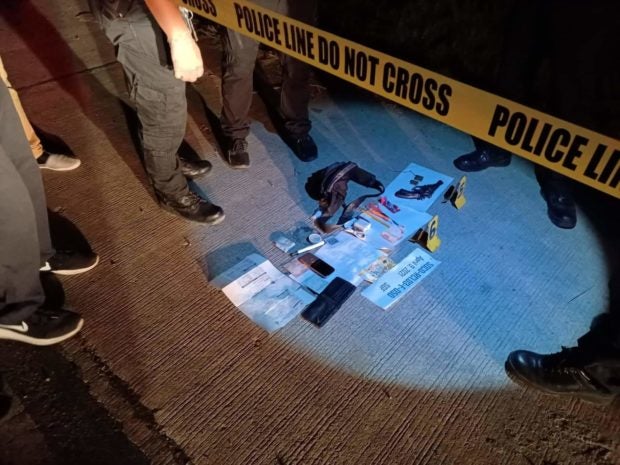 Police recovered a .38-caliber revolver and other evidence from a drug suspect killed after he allegedly resisted arrest and shot the lawmen. (Contributed photo)

ZARAGOZA, Nueva Ecija –– An alleged drug trader from Cabanatuan City was killed during a shootout with the police in this town on Friday.

Ferrer said an undercover policeman managed to buy a sachet of suspected “shabu” (crystal meth) from Billiones, prompting the operatives to arrest him in Barangay Carmen around 12: 15 a.m

“Suddenly, the suspect drew his firearm and shot the responding policemen,” Ferrer said, adding that this led lawmen to fight back.

Forensic investigators recovered from the suspect 13 more sachets of shabu and a handgun, police said.

An alleged cohort of the suspect, however, eluded arrest by speeding away on board a motorcycle towards Aliaga town. INQ