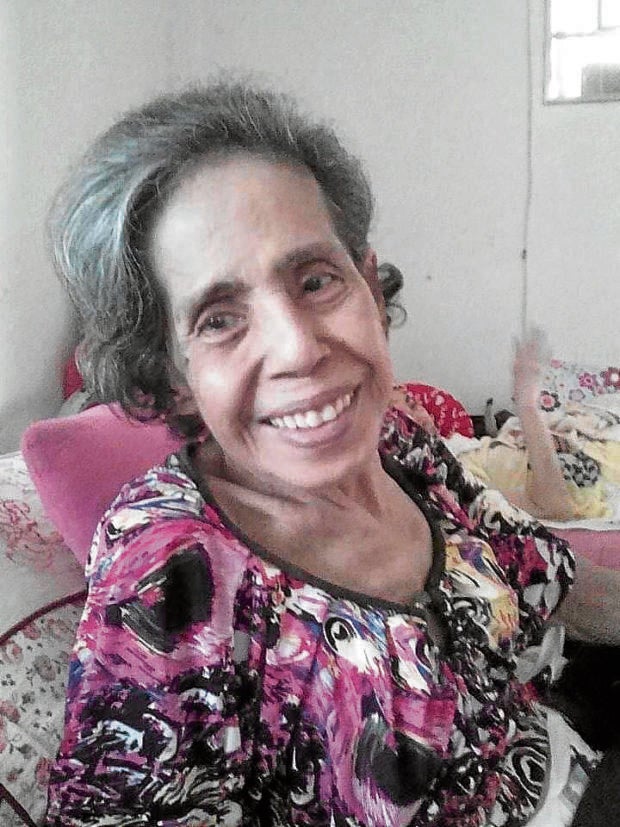 DEFYING LABELS, DANGERS Noralyn Mustafa’s career in journalism spanned more than six decades, starting out as a radio broadcaster and disc jockey before turning to print. At one point, she dared to enter the camp of Abu Sayyaf bandits and “scolded” them, a colleague recalled. —CONTRIBUTED PHOTO

DAVAO CITY, Davao del Sur, Philippines — In 2017, Noralyn Mustafa told the poet and former University of the Philippines (UP) Mindanao Chancellor Ricky de Ungria that she was not yet going to die.

The conversation occurred in a Zamboanga City nursing home, and it was featured in the book, “Songs Sprung from Native Soils,” edited by De Ungria. Noralyn was remembering the late tenor Aurelio Estanislao, who once told her: “Before you die, you will have to visit Alhambra. You will find your ghost there. You are really from Alhambra. You walk like the women in Alhambra, you speak like the women. And your eyes, your eyes are like the eyes of the women in Alhambra.”

Estanislao, former head of the UP Department of Music, was referring to the three princesses Zaida, Zoraida and Zorahaida in Washington Irving’s “Tales of Alhambra,” based on the author’s visit to the palace and fortress complex in Andalusia, Granada, Spain.

“Were you able to go to Alhambra at all?” Noralyn was asked.

“Yes, I won’t die yet. You see, I have so many things. So many bridges [still] to cross. Many miles ‘to go before I sleep,’” she declared, quoting the poet Robert Frost.

But on March 27, at 4:51 p.m., Noralyn, a former columnist of Inquirer Opinion (Kris-Crossing Mindanao), made it official: She would not make it to Alhambra.

Her eldest son Alexander Mustafa Young said she died of complications from aspiration pneumonia. She was 80.

With Noralyn’s passing, Mindanao lost a great journalist, said Noor Saada, project manager of Modeling Inter-LGU Alliance in Basilan, who put her in the league of Ibrahim Jubaira, Anthony Tan, Madge Kho and Kerima Polotan-Tuvera, who all “believed in the power of the pen.”

“She represents a rare breed of Tausug,” Saada said.

In 2000, Inquirer reporter Julie Alipala recalled, she saw a petite, middle-aged woman in a white top and colorful tight pants interviewing Robert Aventajado, the government’s chief negotiator for the liberty of foreign tourists kidnapped by the Abu Sayyaf in Sipadan, Malaysia, and brought to Sulu.

A scarf and a wide-brimmed hat casting a shadow on her face completed the getup of the journalist who exuded such confidence, even dominance, Alipala said of their first encounter.

“When I first saw her, I thought, I have no guts to dress and ask questions [like that],” Alipala said. “She got the story and I was picking whatever leftovers there were.”

Nico Alconaba, a former chief of the Inquirer’s Mindanao bureau based in Davao, remembered Noralyn with fondness.

“She had a fax machine but the connection was so slow that we would receive her stories from Sulu so garbled, so she used the telephone,” said Alconaba, who was then the chief of correspondents tasked to receive the reports phoned in to the bureau.

At the height of the Abu Sayyaf’s kidnapping rampage, Noralyn was always on the other end of the line, phoning in her stories. “She was so fast; I was worried I would misspell the names,” Alconaba said.

But, though intimidating to others, she was ever patient with him, like a mother to a son, he said. “While she was dictating, I could not yet appreciate the flow of the story. It was only when I put down the phone and began to read that it dawned on me how well-written those stories were.”

Young said his mother’s career in journalism spanned more than six decades, starting when she was a radio broadcaster and disc jockey, and continuing to her writing, teaching and serving as resource person for documentaries on Mindanao.

She was considered the first Tausug woman fiction writer at a time when there were few Tausug writers.

But in De Ungria’s book, she said she turned down an invitation from PEN to attend a writing conference in the United States.

“At first, I felt so flattered to be chosen—me, an obscure columnist of the Philippine Daily Inquirer to be chosen by the International PEN. And then, I thought about it: why am I being chosen?

Because I’m Muslim. Why shouldn’t I be chosen because I’m just a good writer—period?” she said in the book, implying that for her to be thus singled out was a form of discrimination.

“I wanted to be just a writer, and an essayist, and a novelist. Period … Why do I have to be a woman and a Muslim, etc., etc.?” she said.

Noralyn was born on Nov. 19, 1940, in Jolo, Sulu. Her mother was a public school educator and her father a tobacco farmer.

To please her mother, she enrolled in nursing at the Philippine Women’s University in Manila, but after a year, she was so homesick that she returned to Jolo, according to De Ungria’s book. But she so wanted to be a writer that she went back to study at UP Diliman, where she also took subjects in fine arts, including modern sculpture under the future National Artist Napoleon Abueva, who gave her a “flat 1.”

She said the artworks that she gave away to friends were signed “Zoraida,” her artist’s name and inspired by the second princess in Irving’s “Tales.”

Young recounted that his mother went on a sabbatical in 2014, supposedly to finish the “great Tausug novel” that she began writing in the late 1990s. An excerpt had already appeared in “Tenggara: Journal of Southeast Asian Literature,” published in Kuala Lumpur, Malaysia.

But the novel, which would have been called “Pages from a Journal,” was not finished, he said.

“The ‘sabbatical’ she took did not turn out to be a leave for research or writing. Unknown to her colleagues and friends, Noralyn was hanging on to dear life, specifically her mental normalcy,” Young said.

He said it was at that time that she began showing symptoms of dementia, the disease that impairs memory, communication and thinking.

“The entire planet is in turmoil,” Young said, quoting the lead of Noralyn’s last column for the Inquirer, titled “Fearful forecast.”

He added: “Little did we know [that] the turmoil was closer to home, creeping in her psyche. For someone known for her brilliance and charisma, whose very existence as a writer relied on her intellect, it was akin to a life-and-death situation. Her beautiful mind was gradually wasting away right before our eyes; the fleeting moments of lucidity melting like a dying candle day by day, closer and closer to nothingness.”

Young said the Inquirer was his mother’s home. “She loved the paper notoriously since it printed its first issue. I mean notoriously. The saddest part about being sick, for her, was not being able to write her column anymore,” he said in an email.

Noralyn will be remembered for her meticulous attention to detail, her sharp memory in her prime, and her writing.

“She was the only woman journalist who dared enter the camp and scolded the Abu Sayyaf,” Alconaba said.

Noralyn is survived by seven children, a dozen grandchildren, a brood of pets—and volumes of tales yet to be told, Young said.

—WITH A REPORT FROM JULIE ALIPALA