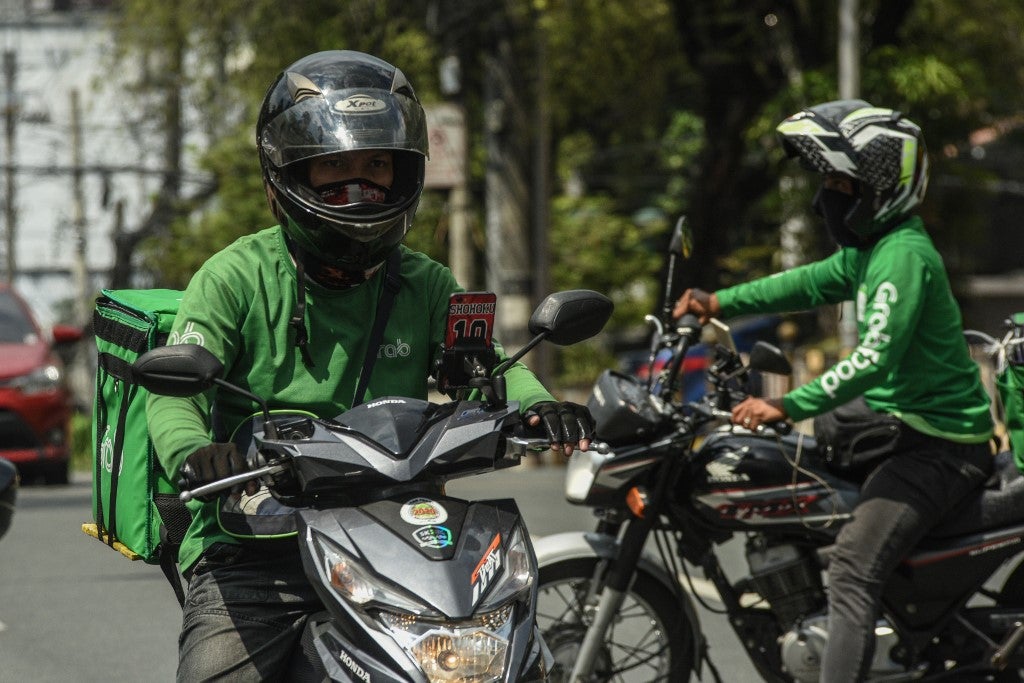 FILE PHOTO: Food delivery workers continue to provide service despite the community quarantine declared by the Philippine government during the COVID-19 coronavirus lockdown in Manila on March 20, 2020. (Photo by Maria TAN / AFP)

MANILA, Philippines — A lawmaker is urging the National Bureau of Investigation (NBI) to probe recent reports of food delivery riders who became victims of fake bookings.

Deputy Speaker Bernadette Herrera, who authored the proposed Magna Carta of E-Commerce Delivery Personnel, said “there may be more to this than meets the eye” in the recent cases of fake bookings victimizing delivery riders.

One of the recent cases involves a student who was surprised to see several delivery riders at his Quezon City home after P15,000-worth of food items were supposedly ordered under his name.

But the student said he did not order the food items.

In many cases, such instances would result in delivery riders paying for the cost of the items.

“This most recent incident of fake deliveries is intriguing because the residents of a particular address may have been specifically targeted or randomly targeted,” Herrera said in a statement.

“There may be more to this than meets the eye, which is why we are asking the NBI to investigate,” she added.

Herrera appealed to food delivery services to cooperate with the NBI and the other authorities concerned.

“They should turn over to the investigators all the directly relevant data on online fraud committed using their online systems or mobile apps,” Herrera said.

“Please help the probers build solid cases so when the criminal trial ensues, those found guilty will go to jail. Please do not enter into ‘areglo’ or compromise deals with the suspects or accused,” she added.

Herrera likewise called on the National Privacy Commission and the Department of Information and Communication Technology to support the NBI in the investigation.