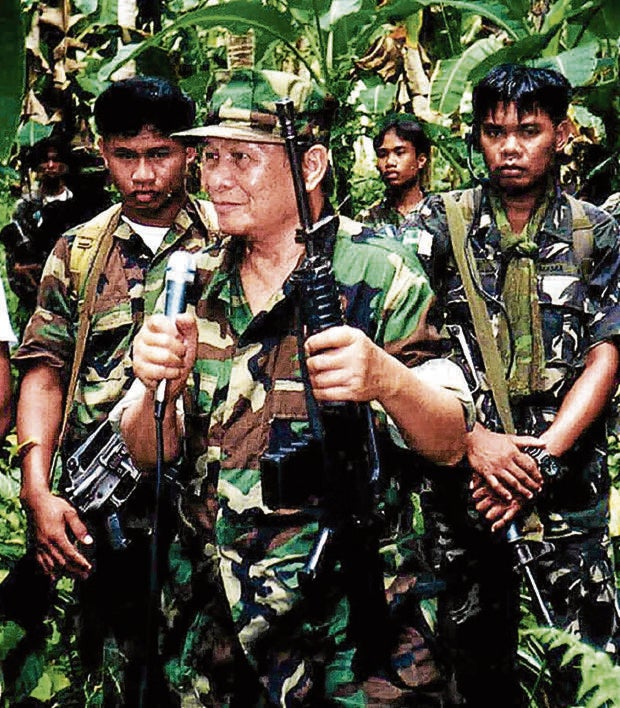 COTABATO, Maguindanao, Philippines — In a tree-shaded camp on the edge of the Liguasan Marsh, Hashim Salamat summoned a group of 10 doctors and young professionals to what one participant described as a monthlong course on bridging leadership.

Juanday was then at the peak of his practice as an obstetrician. But he could not refuse the request.

During a ritual called “Mubaya,” he pledged he would carry out his mission with the commitment, accountability and good governance that Salamat had spelled out.

With funding from donor countries administered by the World Bank, Juanday set up people’s organizations and worked with other agencies in relief and rehabilitation in war-devastated communities.

“The truth is that in the history of the world, revolutionaries who took over the realm of government mostly failed,” said Juanday.

“The only exception is Nelson Mandela of South Africa. But Mandela was never an armed revolutionary,” he said, adding that Mandela just knew “how to use his assets well, be it black or white.”

Juanday recalled Salamat quoting from the Quran and telling him: “God does not change the condition of the people from good to bad, or from bad to good, from ease to hardship and from hardship to ease, unless they change their condition themselves.”

Salamat was working on a doctorate in theology at Al-Azhar University in Cairo before he returned to join Nur Misuari in the Moro National Liberation Front (MNLF) in the early 1970s.

Salamat broke away from the MNLF in 1977.

The “gaps” have begun to be felt—in Cotabato City, for example, in the slow approval of business permits, the disposal of medical wastes from Covid-19 protocols, and the recurrent power outages that disrupt not only internet and communications services but also online education.

The city is second after Tagum in business competitiveness in Mindanao and requires a higher level of bureaucratic management. “We’re used to moving fast at 80 kilometers per hour, [but] they’re doing 20,” said one resident.

In the BARMM, there is practically no development outside of Cotabato City.

Fears have begun to surface, of errant ways similar to those experienced during the ARMM years, which had no development agenda and public accountability and transparency were often disregarded.

The meager contribution of the ARMM in the education of the young is felt even today, in Piagapo in Lanao del Sur. There, nonresident teachers were hired by the ARMM only to transfer them to another municipality, leaving a vacuum in Piagapo’s teaching staff, said Vice Mayor Ali Sumandar, 48.

Under the BTA, he said, senior positions in school divisions had begun to be filled without the required competence and proper screening of the local school board.

“We do not want a repeat of what happened during the ARMM time,” said Sumandar, who had served three terms as mayor and worked as an electrical engineer in five countries.

He was enjoying a good life in Australia, with leisure time for off-road driving and skydiving, when he heeded his family’s call to return and improve conditions in his impoverished hometown.

While sweeping the courtyard, Salamat turned down a guest’s plea to do the task for him. Instead, Salamat asked him to take another broom so they could cover more ground.

During a morning prayer, Salamat thrice ignored an attempt to correct mistakes in the recital he was leading—a normal practice. When a leader makes a mistake and still proceeds on his course, it means that he has to be followed because he has to do the job, Salamat later told them.

Those were the guideposts, said Juanday. INQ

Read Next
Rise of the ‘robo-plants’: Scientists fuse nature with tech
EDITORS' PICK
Smart offers wireless fiber-like speeds to Filipino homes with country’s first 5G Prepaid Home WiFi
Pharmally’s Twinkle Dargani in tears when asked about missing documents
Corruption in PH: Where presidential aspirants stand
Two more sites at Robinsons Malls for temporary offsite passport services
BIR audits tax compliance of Pharmally
Holidays made best with Acer’s ‘Holidays at Home’ raffle promo
MOST READ
Roque ‘hurt’ after presidential aspirant did not adopt him in Senate lineup
Gordon to Duterte: ‘How dare you ask for Filipinos’ vote when you failed them?’
Pharmally’s Twinkle Dargani in tears when asked about missing documents
‘Move on, pahinga na:’ Moreno to quit politics if not elected president
Don't miss out on the latest news and information.