Rescuers hunt for survivors after cyclone wreaks havoc in Indonesia 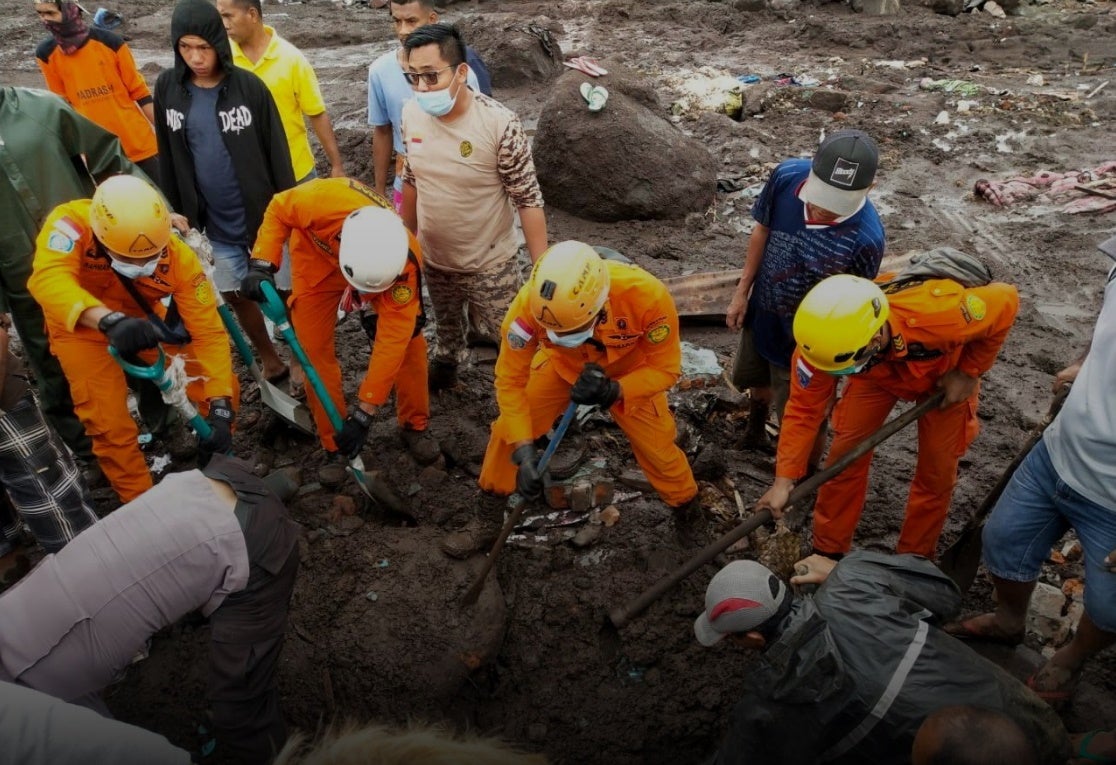 JAKARTA — Rescuers searched for dozens of people missing in remote islands of southeast Indonesia on Tuesday while expecting more casualties in the aftermath of a tropical cyclone that has killed at least 128.

Helicopters were deployed to aid the search for survivors among 72 people reported missing so far in the East Nusa Tenggara islands, where tropical cyclone Seroja brought strong winds and heavy rains that triggered flash floods and landslides.

An amateur video taken by a local official in Tanjung Batu village on Lembata island, home to the Mount Ile Lewotolok volcano, showed felled trees and large rocks of cold lava that had crushed homes after being dislodged by the cyclone.

At least 8,424 people were displaced, nearly 2,000 buildings including a hospital impacted, and more than 100 homes heavily damaged by the cyclone, which had moved over the Indian Ocean by Tuesday morning, headed towards northern Australia.

“Seroja is the first time we’re seeing tremendous impact because it hit the land. It’s not common,” she told a news conference.

In nearby West Nusa Tenggara province, authorities on Monday said two had died, while in neighboring country East Timor at least 27 have died.

Some residents of Lembata island may have been washed away by mud into the sea. The deputy head of the district hoped help was on the way.

“We were only able to search on the seashore, not in the deeper area, because of lack of equipment yesterday,” Thomas Ola Langoday told Reuters by phone.

Lembata suffered a volcano eruption last month, wiping out vegetation atop the mountain, which allowed hardened lava to slide towards 300 houses when the cyclone struck, he said.

Langoday feared many bodies were still buried under large rocks.

President Joko Widodo held a cabinet meeting on Tuesday to speed up evacuation and relief efforts and the restoration of power.

“If we cannot reach there by road, I ask that we swiftly open the access by sea as well as by air,” the president said, adding that extreme weather had hampered aid distribution.

Search and rescue agency chief Doni Monardo on Tuesday said help was on the way from the military and volunteers.

Monardo said there were health concerns about evacuation centers getting overcrowded and that authorities would provide rapid COVID-19 testing kits to try to prevent an outbreak.