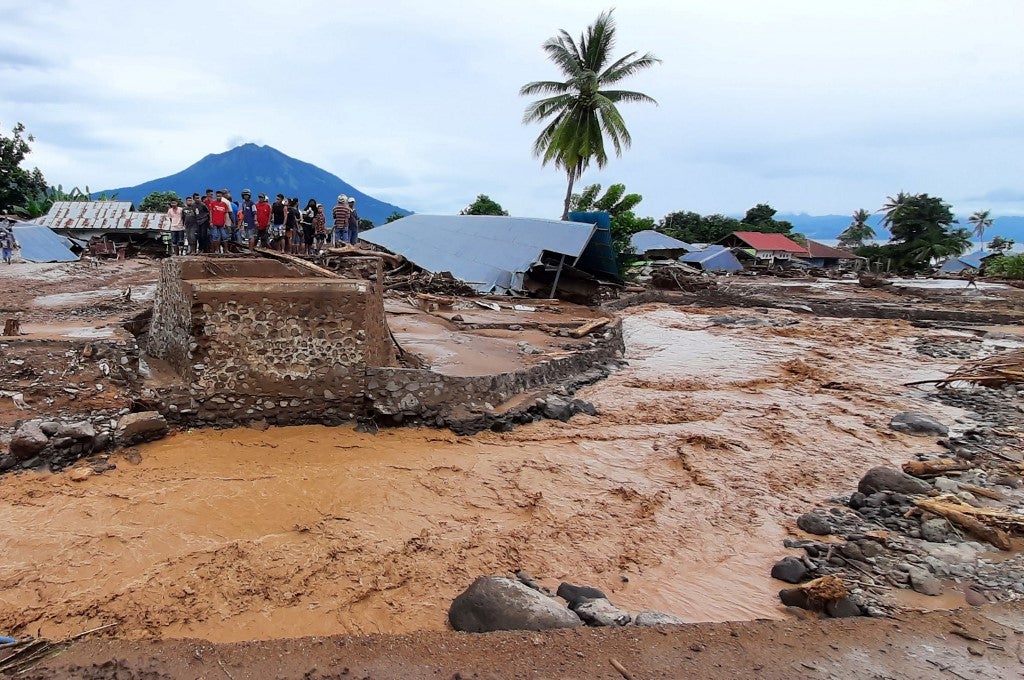 This picture taken on April 5, 2021 shows damaged homes after a flash flood in Waiwerang village, East Flores, as at least 157 people have been killed in Indonesia and neighbouring East Timor with dozens more still missing after a tropical cyclone battered the Southeast Asian nations. (Photo by Reynold Atagoran / AFP)

Indonesia’s disaster management agency said it had recorded 130 deaths in a cluster of remote islands near East Timor, where another 27 have been officially listed as dead.

Rescuers in Indonesia were racing to find more than 70 people still missing and using diggers to clear mountains of debris left in the wake of tropical cyclone Seroja.

Torrential rains sparked flooding and landslides that turned small communities into wastelands of mud, uprooted trees and forced thousands of people into shelters.

Thousands of homes, as well as hospitals and bridges were damaged or destroyed in the disaster while more than 10,000 people have fled to shelters, authorities said.

“We could still see extreme weather (from the cyclone) for the next few days,” said national disaster agency spokesman Raditya Jati.

The storm was moving toward the west coast of Australia.