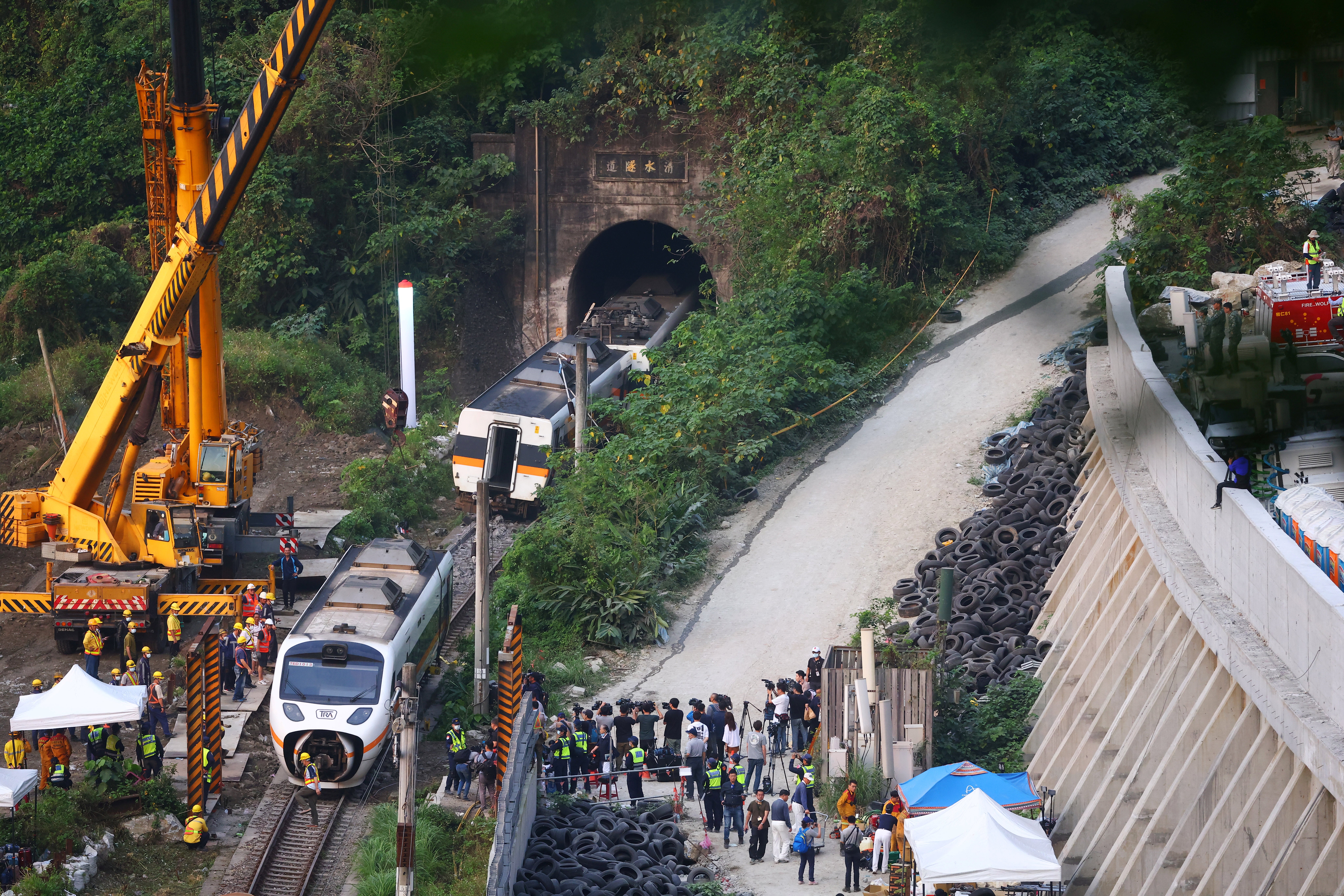 Rescuers work at the site a day after a deadly train derailment at a tunnel north of Hualien, Taiwan April 3, 2021. REUTERS/Ann Wang

HUALIEN, Taiwan — Taiwanese prosecutors have sought an arrest warrant for a construction site manager whose truck is believed to have caused a train accident in which at least 50 people died.

The crash, Taiwan’s worst rail accident in seven decades, occurred after an express train hit a truck that had slid down a bank next to the track from a construction site. The manager of the construction site is suspected of having failed to engage the brake properly.

The train was carrying almost 500 people on its way from Taiwan’s capital, Taipei, to Taitung on the east coast, when it derailed in a tunnel just north of Hualien.

Yu Hsiu-duan, head of the Hualien prosecutors office, told reporters late on Friday an arrest warrant had been sought and that was now was being handled by the court system.

“To preserve relevant evidence, we have several groups of prosecutors at the scene and are searching the necessary places,” she said.

Workers on Saturday began moving the back part of the train, which was relatively undamaged having come to a stop outside the tunnel, down the track and away from the site of a accident.

The more heavily damaged sections of the train are still mangled inside the tunnel.

President Tsai Ing-wen is due in Hualien on Saturday to visit survivors, her office said. The government has also declared flags should be flown at half mast for three days in a show of mourning.

The accident happened at the start of a long holiday weekend and the train was packed with tourists and people going home.