MANILA, Philippines — A Department of the Interior and Local Government (DILG) official appeared to have taken a swipe at Vice President Leni Robredo when he said “si lugaw” was not considered “essential.” 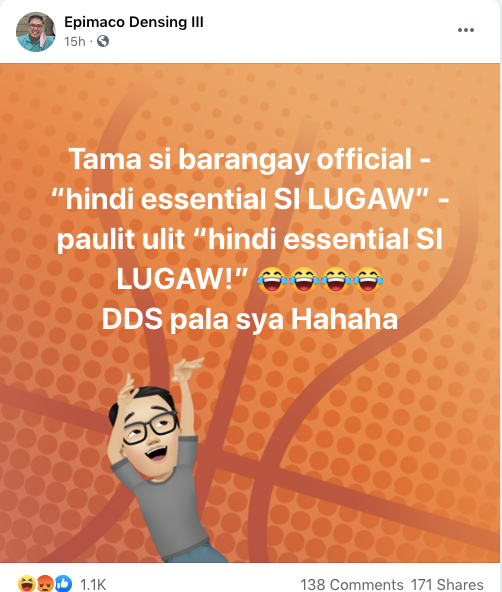 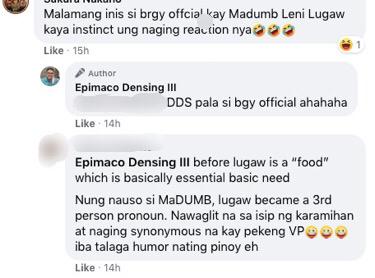 Robredo’s critics have called her “Leni Lugaw” since photos of her campaign team selling rice porridge to raise funds for her 2016 vice-presidential bid spread online.

Densing’s remarks come at the heels of a viral video showing a female barangay personnel barring a food delivery rider in Bulacan from picking up an order of “lugaw” or rice porridge, insisting that the nation’s comfort food was not considered essential.

Malacañang has since clarified that all food deliveries are allowed and must remain unhampered during the implementation of enhanced community quarantine in Metro Manila, Bulacan, Rizal, Cavite, and Laguna.