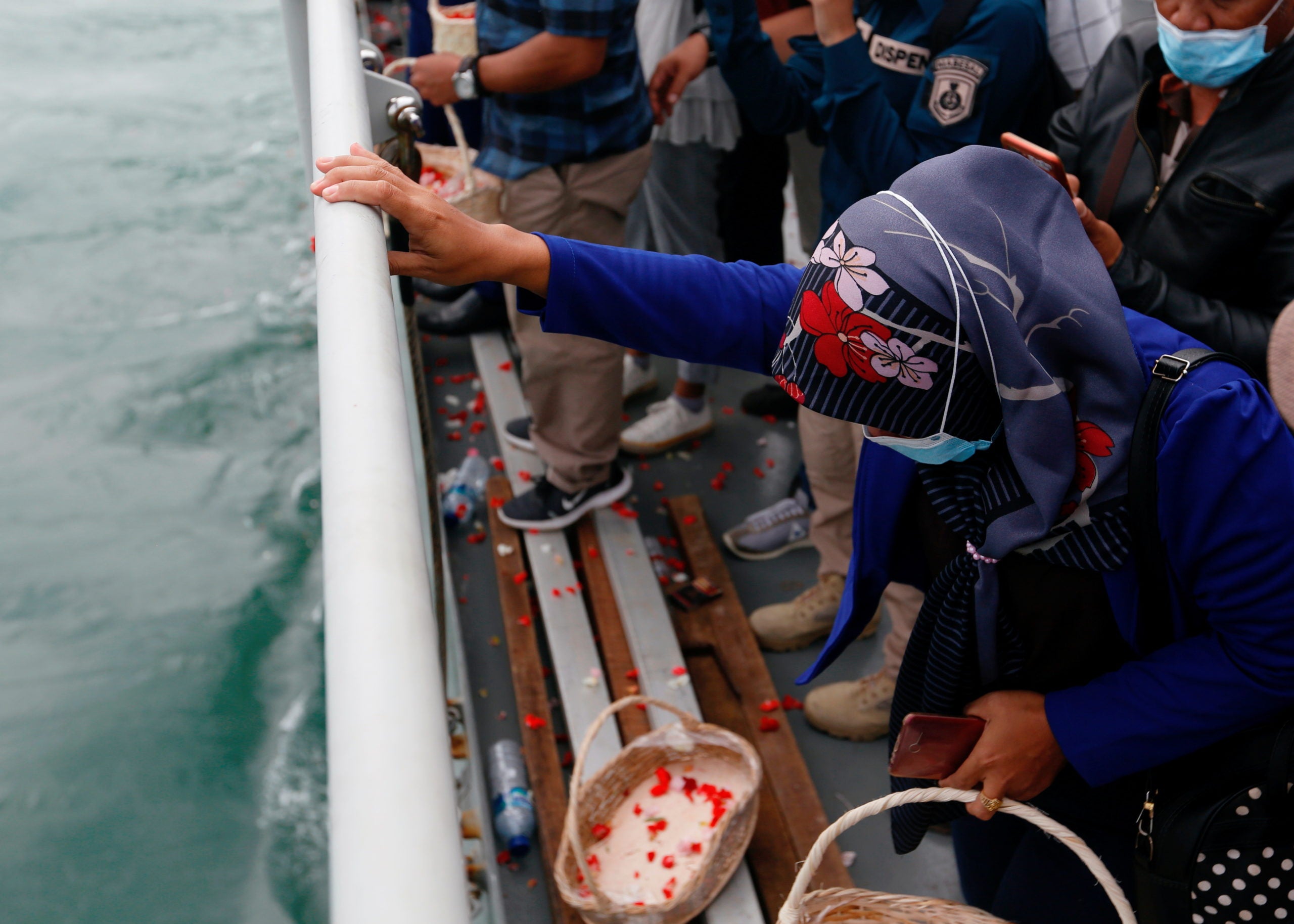 FILE PHOTO: A family member of the passenger of Sriwijaya Air flight SJ 182, which crashed into the sea, mourns while visiting the site of the crash to pay their tribute, on the deck of Indonesia’s Naval ship KRI Semarang, at the sea off the Jakarta coast, Indonesia, January 22, 2021. REUTERS/Ajeng Dinar Ulfiana

JAKARTA  – Indonesia’s transport ministry said on Wednesday it had recovered the cockpit voice recorder (CVR) of a Sriwijaya Air jet that crashed into the Java Sea shortly after take-off on Jan. 9, killing all 62 people on board.

A news conference to discuss the find will be held at 1100 local time (0400 GMT), according to a media invitation from the ministry sent to reporters.

A navy spokesman, La Ode Muhamad Holib, told Reuters that the CVR was found on Wednesday. A ministry spokeswoman declined to comment on whether it was in good condition.

Divers found the casing and beacon of the CVR from the 26-year-old Boeing Co 737-500 within days of the crash but had spent nearly three months searching for the memory unit in relatively shallow but muddy waters that sometimes attract strong currents.

It took a similar amount of time to recover the CVR of the Lion Air 737 MAX that crashed in nearby waters in 2018.

A preliminary report by investigators into the Sriwijaya crash said the plane had an imbalance in engine thrust that eventually led the plane into a sharp roll and then a final dive into the sea.

That report included information from the plane’s other “black box,” the flight data recorder, which was recovered soon after the crash. The CVR could help investigators understand the actions taken by the pilots.

Read Next
One Hospital Command Center under ‘a lot of strain’ due to COVID-19 surge
EDITORS' PICK
Infants bundled off; no one hurt in PGH fire
Tired of your Wi-Fi signal problems at home? Here’s a solution!
OPINION: Mischief Reef – where it all started
POVA x Mobile Legends Bang Bang: A partnership that’s built to win
CPA Australia and their designation: Advance your career
Fire-damaged PGH calls for donations
MOST READ
Leonen impeachment case moves forward in House
John Lloyd Cruz makes official showbiz comeback under Maja Salvador’s talent agency
Hot, humid weather for PH on Monday — Pagasa
Mischief Reef – where it all started
Don't miss out on the latest news and information.