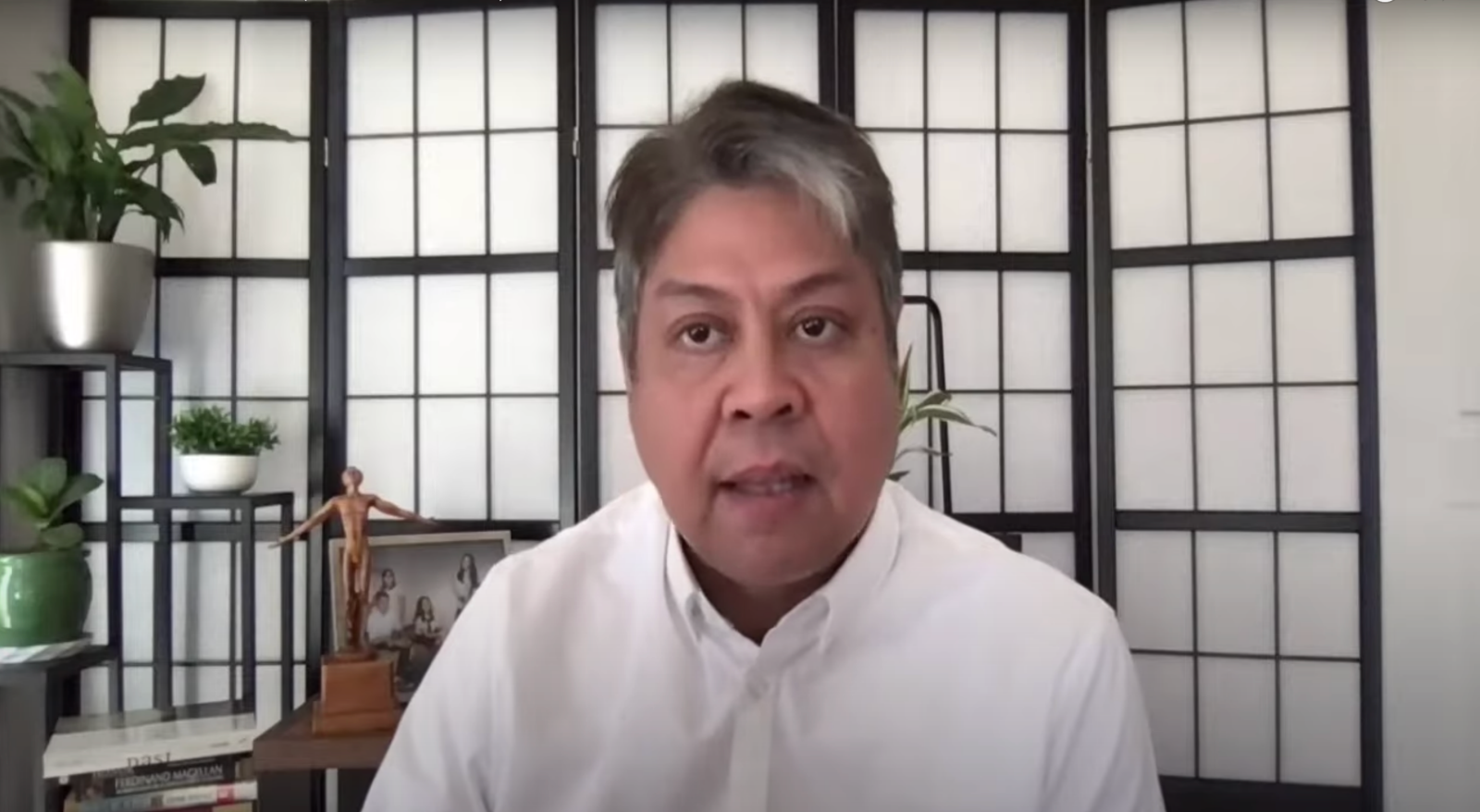 DECLARATION OF STATE OF CALAMITY DUE TO ASF URGED: Sen. Francis “Kiko” Pangilinan informs his colleagues that during the Committee on Agriculture, Food, and Agrarian Reform hearing yesterday, members of the committee adopted his motion to urge the Department of Agriculture to recommend to the President the declaration of a national state of emergency due to the African swine flu. (Screengrab/ Senate PRIB)

MANILA, Philippines — Senator Francis “Kiko” Pangilinan is urging Malacañang to declare a state of calamity in order to help hog-raisers recover from the effects of African swine fever (ASF) and not allow pork imports to flood the market.

(Perhaps the President was given the wrong information. If more imported pork will be allowed, our local hog raisers will suffer)

Pangilinan, who was a former food security secretary, aired his grievances after President Rodrigo Duterte asked Congress to increase the cap on pork imports purchased under lower tariffs to address a supply problem after millions of local pigs have been culled due to ASF.

“Sa ngalan ng ating mga magbababoy, nakikiusap po kami na mag-declare ng state of calamity para sa agarang tulong na pondo sa indemnification at dagdag na cash assistance para sa kanila (In behalf of our local hog-raisers, we are asking for a declaration of a state of calamity so that funds for indemnification and additional cash assistance may immediately be tapped for them),” said Pangilinan.

Senators, on March 15, have already adopted Pangilinan’s Senate Resolution No. 676 that urges the Department of Agriculture to “recommend to the President to declare a state of national calamity” due to the “severe impact” of the ASF on the hog industry.

The declaration of the resolution would trigger the use of the National Disaster Risk Reduction and Management Fund and Quick Response Fund that would supplement the Department of Agriculture’s (DA) efforts to contain and manage ASF.

It is estimated that around P8 billion would be needed to help hog-raisers get back up this 2021.

Pangilinan added that MAV need not be expanded as it only helps importers and not local hog raisers.

The Senate has already conducted hearings regarding the matter and it’s found out that pork importers are already earning off the current cap on pork imports and that the price for choice pork cuts like belly, ham, and shoulder, average two dollars a kilo.

Senators also noted that a small group of importers has already earned billions due to the government policy of importation rather than helping local hog-raisers overcome ASF and supply the local market.