Like a ‘beached whale’: Firm tries to free ship stuck in Suez 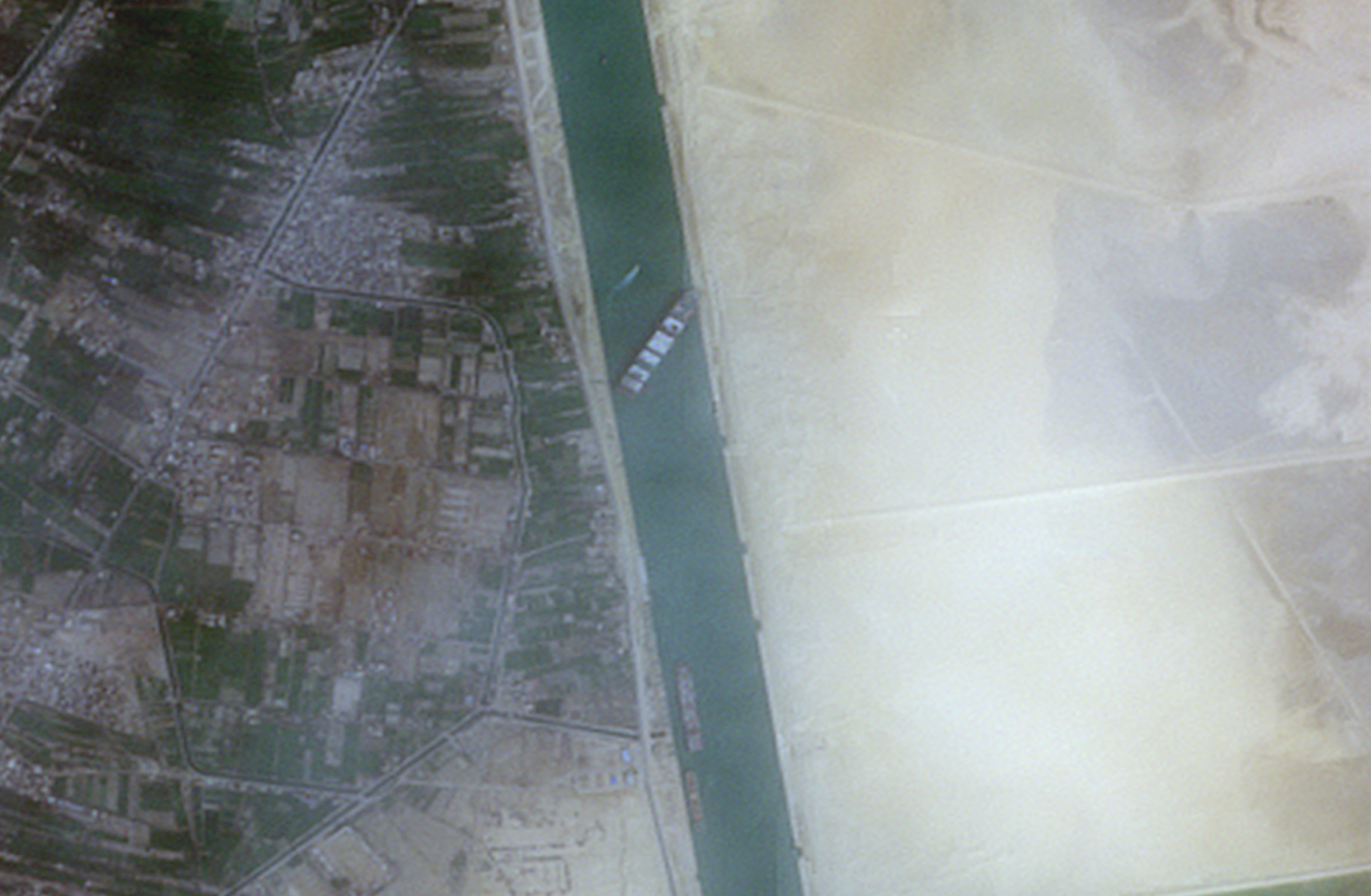 SINGAPORE — Efforts to dislodge a 400 m (1,312 foot) long container vessel that has choked traffic along the Suez Canal resumed at high tide on Thursday, with five tugs working to drag the vessel to deeper water, according to ship-tracking data.

The Ever Given vessel ran aground diagonally across the single-lane stretch of the southern canal on Tuesday morning after losing the ability to steer amid high winds and a dust storm, the Suez Canal Authority (SCA) said in a statement.

It is now blocking transit in both directions through one of the world’s busiest shipping channels for goods, oil, grain and other products linking Asia and Europe.

Peter Berdowski, CEO of Dutch company Boskalis, which is trying to free the ship, said it was too early to say how long the job might take. 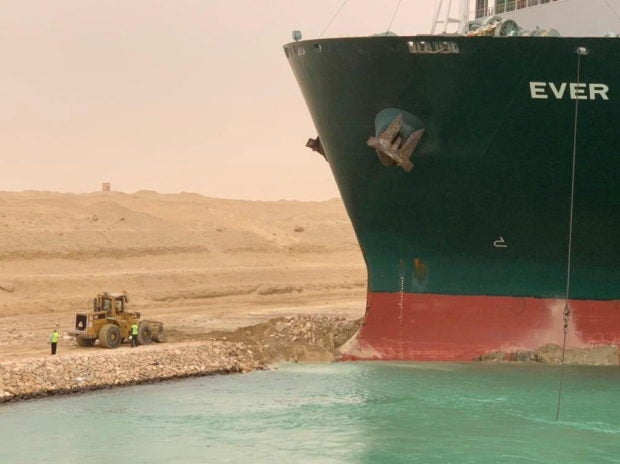 Workers are seen next to a container ship which was hit by strong wind and ran aground in Suez Canal, Egypt March 24, 2021. Suez Canal Authority/Handout via REUTERS

“We can’t exclude it might take weeks, depending on the situation,” Berdowski told the Dutch television programme “Nieuwsuur”.

He said the ship’s bow and stern had been lifted up against either side of the canal.

“It is like an enormous beached whale. It’s an enormous weight on the sand. We might have to work with a combination of reducing the weight by removing containers, oil and water from the ship, tug boats and dredging of sand.”

Bernhard Schulte Shipmanagement (BSM), the technical manager of Ever Given, said dredgers were working to clear sand and mud from around the vessel to free her while tugboats in conjunction with Ever Given’s winches are working to shift it.

Marine services firm GAC issued a note to clients overnight saying efforts to free the vessel using tug boats continued, but that wind conditions and the sheer size of the vessel “were hindering the operation”.

Ship-tracking software shows five tugs surrounding the Ever Given and three more heading towards it. The ship’s GPS signal shows only minor changes to its position over the past 24 hours, however.

Several dozen vessels, including other large container ships, tankers carrying oil and gas, and bulk vessels hauling grain have backed up at either end of the canal to create one of the worst shipping jams seen for years.

Roughly 30% of the world’s shipping container volume transits through the 193 km (120 miles) Suez Canal daily, and about 12% of total global trade of all goods.

Shipping experts say that if the blockage is not likely to be cleared within the next 24-48 hours, some shipping firms may be forced to re-route vessels around the southern tip of Africa, which would add roughly a week to the journey.

But the chairman of the Suez Canal Authority told media that despite the blockage some cargo was able to move south and that efforts to dislodge Ever Given would continue.

Consultancy Wood Mackenzie said the biggest impact was on container shipping, but there were also a total of 16 laden crude and product oil tankers due to sail through the canal and now delayed by the incident, amounting to 870,000 tonnes of crude and 670,000 tonnes of clean oil products such as gasoline, naphtha and diesel.