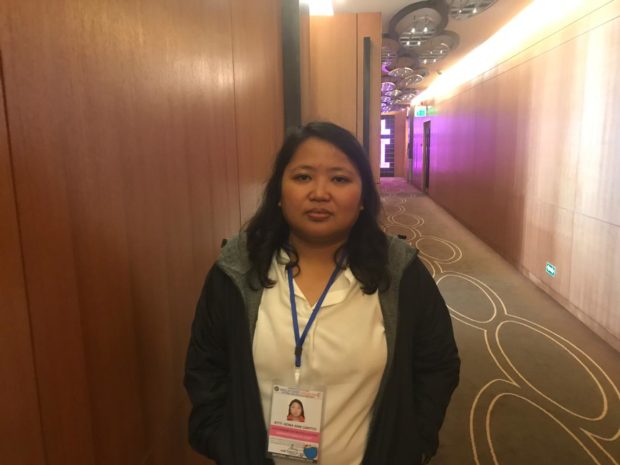 KORONADAL CITY –– Several election watchdogs on Tuesday urged Congress to desynchronize the parliamentary elections in the Bangsamoro Autonomous Region in Muslim Mindanao (BARMM) from the 2022 elections.

Their call came amid a petition to extend the transition period in the Bangsamoro, which, in turn, would suspend the holding of the first elections in the new and expanded autonomous region in 2022.

Lawyer Rona Ann Caritos, executive director of the Legal Network for Truthful Elections, said synchronizing the BARMM polls with the 2022 elections would not augur well for the new Bangsamoro region’s quest for a new breed and brand of governance.

“If the national and BARMM parliamentary elections will be held simultaneously, the traditional personality and party-driven politics will likely drown out the new but deserving political parties formed just for the BARMM polls,” she said in Filipino. “They are entirely two different political exercises.”

Caritos said in an online forum titled “Usapang Eleksyon sa Bangsamoro” that voters in the region would still elect their district representatives and the political parties vying for seats in the new parliamentary system.

Salic Ibrahim, executive director of the Maranao People Development Center, Inc., also warned that synchronizing the national and local elections with the Bangsamoro parliamentary polls would “distract” BARMM voters, considering that they would be voting under a new system for the first time.

“Bangsamoro voters will likely experience information overload if traditional politicians running for national and local positions will be campaigning at the same time with the regional parties seeking seats in the Bangsamoro parliament,” he said.

Ibrahim feared that running the national and local elections with the Bangsamoro parliamentary polls would be problematic “considering that the latter is a new political exercise for voters in the region.

Eric Alvia, secretary-general of the National Movement for Free Elections, also backed the idea of desynchronizing the Bangsamoro parliamentary polls from the national and local elections.

“We’re not a big fan of synchronized elections … It will distract people from exercising their rights to vote,” he said. “Practically, it will not make sense because it will create logistical problems,” he added.

The Commission on Elections (Comelec) has set the filing of certificates of candidacy for the May 2022 national and local posts from Oct. 1 to 8 this year.

The official election period will run from Jan. 9 to June 8 next year; with the campaign period for national posts—president, vice president, senators, and party-list groups—to start on Feb. 8 and end on May 7.

The campaign for local posts—that include members of the House of Representatives, regional, provincial, and city and municipal officials—will start on March 25 and end on May 7.

The Bangsamoro Transition Authority (BTA), the interim body governing the Bangsamoro region, was supposed to end its mandate on June 30 to give way for the new region’s first elections, to be synchronized with the local and national polls.

The BTA, however, has sought an extension of its mandate for another three years, a move backed by peace advocates in Mindanao.

Peace groups recently gathered one million signatures for their petition to President Duterte to certify as a priority bill the measures still pending in Congress to extend the transition period in the BARMM.

Proponents argued that the BTA needed more time to implement the Comprehensive Agreement on the Bangsamoro (CAB) provisions that the coronavirus disease COVID-19 pandemic hampered.

Its key component includes a Bangsamoro region that was created two years ago after the ratification of the Organic Law for the BARMM, or the Bangsamoro Organic Law.

With the looming election season, Caritos also urged the immediate passage of the region’s election code, one of the priority legislative measures of the BTA.

“How can you run an election when you don’t have the rules yet?” she added.

Without its electoral code, parliamentary elections in the BARMM would not happen since the country’s election code does not provide for parliamentary polls, Caritos said.

Alvia said Congress should decide on the transition period extension in the BARMM while BTA worked to pass its election code.