4 Indonesians rescued from Abu Sayyaf turned over to embassy execs 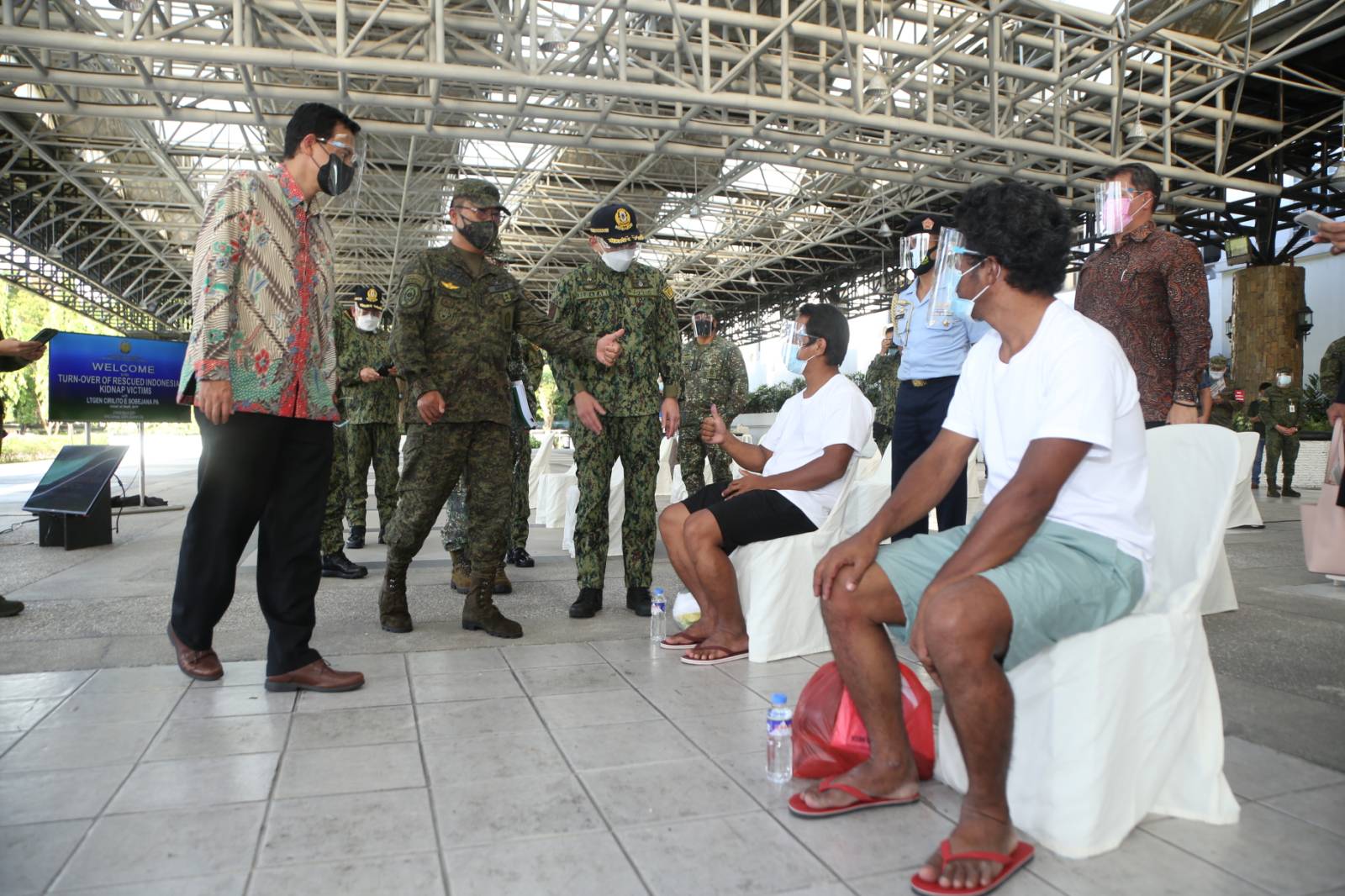 The military turns over four rescued Indonesian kidnap victims to their embassy officials days after they were saved from captivity by Abu Sayyaf in Tawi-Tawi province. AFP PAO

MANILA, Philippines—The military on Tuesday (March 23) turned over four rescued Indonesian kidnap victims to their embassy officials days after they were saved from captivity by Abu Sayyaf in Tawi-Tawi province.

All four were kidnapped by Abu Sayyaf Group in 2020. Hayono, Kastamiran and Dahalan were rescued in South Ubian, Tawi-Tawi on Thursday last week by Tandubas Police. The 15-year old Yai Kii was rescued by members of Joint Task Force Tawi-Tawi on Sunday in Kalupag Island, Languyan, Tawi-Tawi, the AFP said.

“On behalf of the government of Indonesia, we are forever grateful for the support and immediate actions to save the victims,”  the Indonesian charge d’ affaires was quoted as saying.