‘Next phase’ of criminal probe into Trump finances: Finding witnesses

Investigators in a criminal probe of former U.S. President Donald Trump’s real-estate business are combing through millions of pages of newly acquired records with an eye toward identifying witnesses who can bring the documents to life for a jury, say two people familiar with the probe.

Some of the case’s key figures are well-known. Trump’s former attorney and fixer, Michael Cohen, met on Friday with prosecutors in the Manhattan District Attorney’s office, his eighth such interview. And District Attorney Cyrus Vance Jr’s team is interested in getting testimony from the Trump Organization’s longtime chief financial officer, Allen Weisselberg, according to the two people familiar with the investigation.

But a growing universe of people, institutions, and agencies are being scrutinized by Vance’s prosecutors as potential witnesses in the case.

Prosecutors are looking to gather information and testimony from bankers, bookkeepers, real-estate consultants, and others close to the Trump Organization who could provide insights on its dealings, according to interviews and court filings. The process of identifying all witnesses and targets could take months.

“The next phase is identifying targets” for subpoenas and testimony, said one person familiar with the case.

Vance has not accused Trump or his associates of wrongdoing but is examining, among other things, whether property values were manipulated to reduce Trump’s taxes or obtain other economic benefits. The case is being heard by a grand jury that will decide whether there is evidence to indict Trump or his associates. 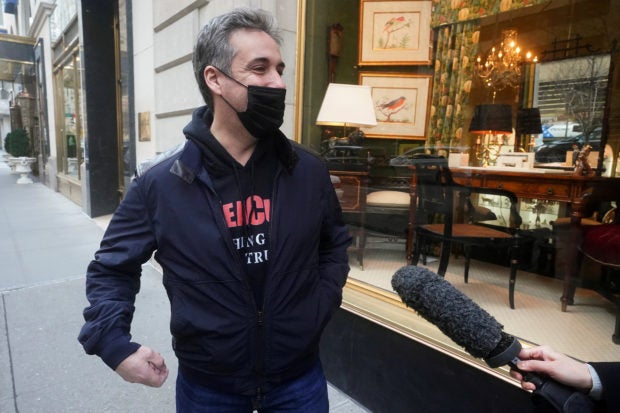 Vance’s investigators need insiders who can provide the narrative behind any conflicting numbers on Trump’s financial records and testify to Trump’s knowledge and intent, said former prosecutors of white-collar fraud cases.

“Even in the most heavily document-dependent case, you need witnesses to tell the story,” said Reed Brodsky, a longtime white-collar defense lawyer and former federal prosecutor.

The Supreme Court forced Trump’s longtime accountants Mazars USA to comply with a subpoena on March 1. Since then, investigators have poured through Trump’s tax filings, business documents, and internal correspondence, looking for discrepancies between the information provided to creditors and data given to tax authorities, said two people familiar with the probe.

Forensic accounting specialists at FTI Consulting Inc, retained by Vance, are helping analyze the tax records, said a source with knowledge of the matter.

Vance’s investigation is one of two known criminal probes of the former president. Reuters has identified four other ongoing investigations involving Trump and at least 17 active lawsuits.

A lawyer for Trump declined to comment on the probes.

In Vance’s investigation, Mark Pomerantz, a former federal prosecutor hired last month as a special assistant, is leading the interviews with some witnesses. Pomerantz, 69, prosecuted Gambino crime family boss John Gotti’s son in the 1990s and is known for his expertise in white-collar crime.

Several potential key figures in Vance’s investigation are current or former employees of outside companies – from financial and real estate consultants to legal advisors – with inside knowledge of Trump’s dealings, according to court filings and the two people familiar with the investigation.

Some performed crucial roles for many years, such as Mazars accountant Donald Bender. His signature is on the tax returns of the Donald J. Trump Foundation, which was dissolved in 2018 after a probe by the New York attorney general found that the organization misused charitable funds. Trump was ordered to pay more than $2 million in damages.

Bender has led the team managing Trump’s accounts at Mazars for more than a decade, court records show. He has worked for Mazars since 1981 and helps steer its real-estate practice. Mazars’ predecessor companies began working for Trump’s father, Fred, in the 1950s.

Bender was the only Mazars’ accountant singled out by name in Vance’s subpoena seeking records between 2011 and 2018, including “all communications” between Donald Bender and any representative of Trump’s businesses.

Illustrating Bender’s importance in Trump’s empire, Weisselberg testified in 2008 that, when Trump met with representatives from Forbes magazine to discuss his net worth, Weisselberg made sure Bender was there to help answer questions.

Bender and Mazars did not respond to requests for comment. 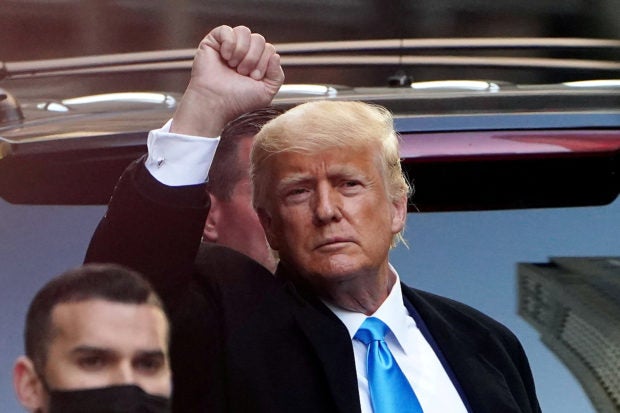 Both probes have shown keen interest in the values that Trump attached to conservation easements – agreements to preserve open space on his properties in exchange for tax breaks, court records show.

Based on a Cushman appraisal, Trump claimed a $21.1 million value for an easement at his Seven Springs estate north of New York City, based on the lost profits from luxury homes he could have built. Cushman was also the appraiser on a $25 million easement at a Trump golf course in Los Angeles that has been scrutinized in the attorney general’s investigation.

Cushman did not respond to a request for comment.

Vance’s investigation will likely rely heavily on Trump’s closest associates – people who can address the key question of what Trump was thinking when he made the financial claims now under scrutiny. Only a core group of Trump’s confidantes can address that state-of-mind question, which is critical to proving criminal intent.

They include Weisselberg, 73, who began working for Trump’s father, Fred, in 1973. Legal experts and a source familiar with the investigation say prosecutors’ apparent goal is to convince Weisselberg to cooperate. Also under scrutiny are Weisselberg’s adult sons – one who has worked for the Trump Organization. The other son worked for Ladder Capital, though there’s no evidence he was involved in Ladder’s loans to Trump.

Jennifer Weisselberg – the former wife of Allen’s older son, Barry Weisselberg – told Reuters that she has spoken with Vance’s office five times since November. The day after the first interview, she said, DA investigators visited her to retrieve tax and financial records for her and her former husband.

She acknowledged that prosecutors have shown interest in an apartment in a Trump-owned building where she and her former husband lived rent-free for seven years – an arrangement that could have legal implications if it represented compensation not properly reported in tax filings.

Barry Weisselberg managed an ice-skating rink that Trump operates in Central Park. A lawyer representing him did not respond to a request for comment.

Jennifer Weisselberg said she believed her father-in-law would never testify against Trump voluntarily. She envisions Allen Weisselberg flipping only if he or his sons are facing prosecution. But no one, she said, knows more about Trump’s finances.

The most visible cooperator in the criminal investigation is Cohen, Trump’s personal lawyer for nearly a decade. He is serving a three-year sentence after pleading guilty in 2018 to crimes including tax evasion, orchestrating “hush money” payments to two women who said they’d had affairs with Trump, and lying to Congress about negotiations over a proposed Trump development in Moscow that never materialized. Cohen is in home confinement due to the coronavirus pandemic.

Trump has attacked Cohen’s credibility by highlighting how he lied under oath. Legal experts say Trump’s attorneys could make similar arguments if Cohen becomes a key witness. At his sentencing, Cohen took “full responsibility” for his actions but claimed he made the payments at Trump’s direction.

Cohen told Reuters he has evidence to overcome any questions about his credibility. “Unfortunately for Trump, I have backed up each and every question posed by the district attorney’s office,” Cohen said, by providing “documentary evidence.”

If prosecutors can corroborate Cohen’s testimony, his story could be “very powerful before a jury,” said Brodsky, a partner at Gibson, Dunn & Crutcher. “The government loves people who plead guilty to crimes, take the stand and say … ‘I participated in a crime with that person sitting right there at the defense table, Donald J. Trump’.”