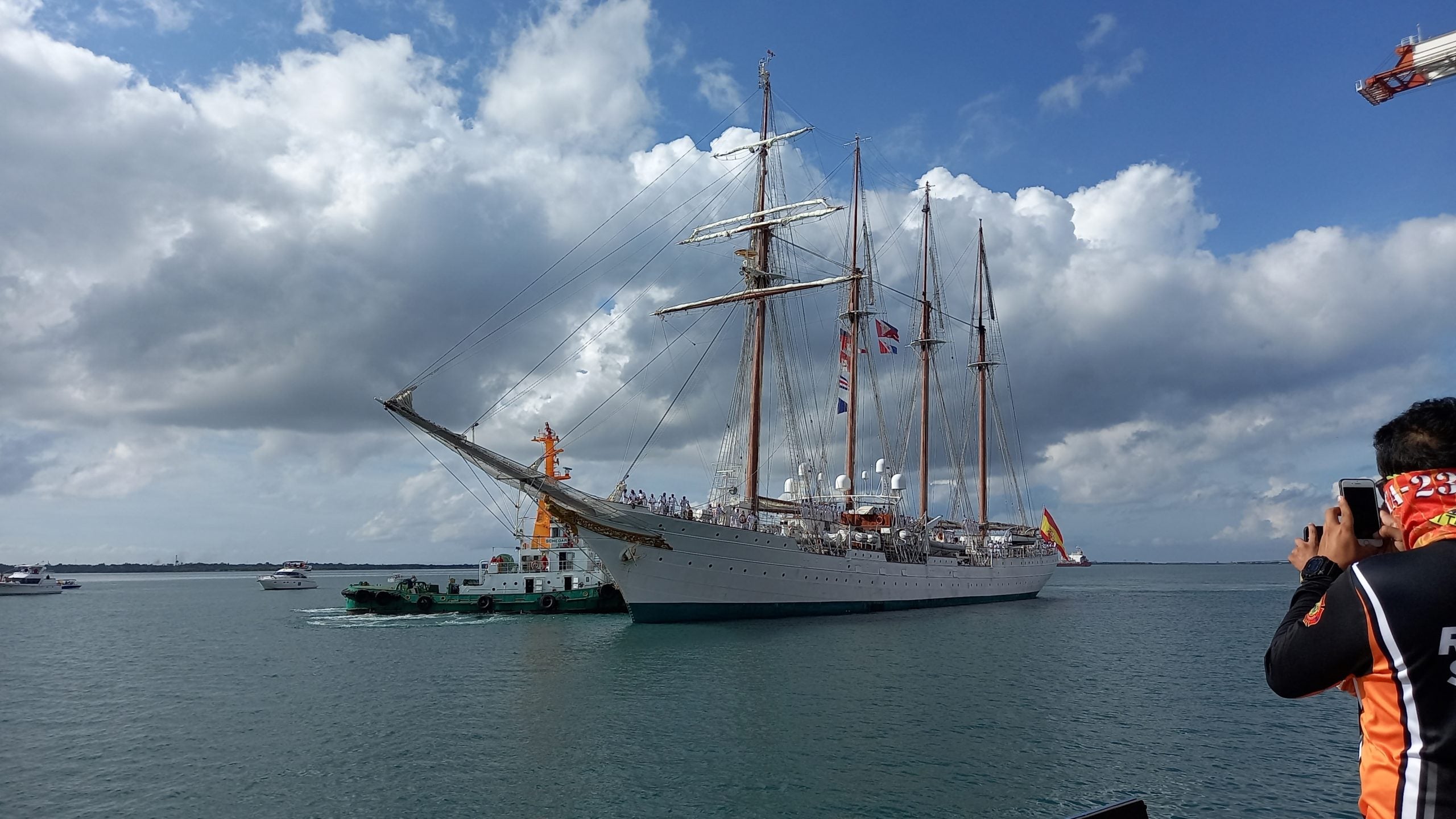 CEBU CITY—The Spanish Navy training ship Juan Sebastián Elcano on Saturday docked in this city’s port where Portuguese explorer Ferdinand Magellan and the ship’s namesake dropped by in 1521 as part of the first circumnavigation of the world.

The ship’s crew, however, were not allowed to disembark as a precautionary measure against the spread of the coronavirus.

Talking from the ship’s loud speaker, Captain Santiago de Colsa thanked the Filipinos for the warm welcome they received during their historic voyage.

“This visit enhances the ties between the Philippines and Spain,” he said.

According to Bryner Diaz, the officer-in-charge of the Cebu City Cultural and Historical Affairs Office, Elcano will be loading and unloading provisions and conduct needed repairs while staying in Cebu.

The Spaniards were welcomed by Philippine Coast Guard and Navy ships at the Mactan Channel. There were also private yachts that went to catch a glimpse of the historical event. 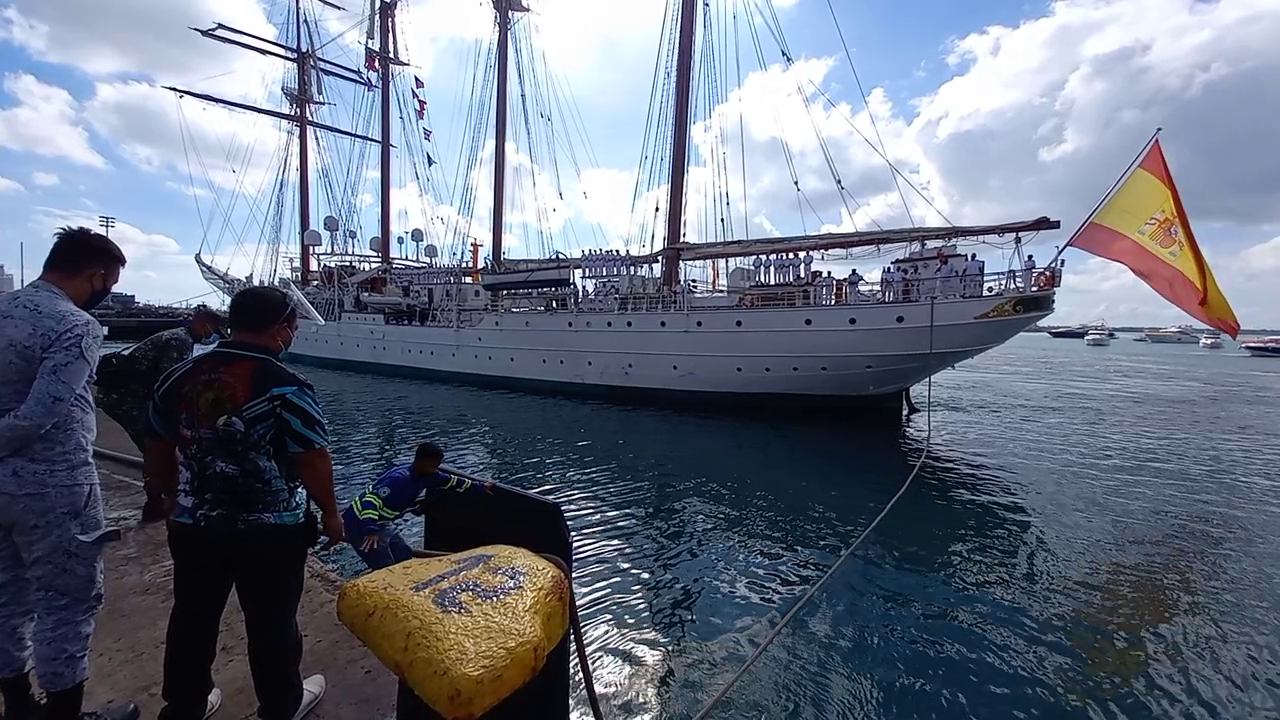 At the port, the Elcano crew were entertained with Sinulog Festival dancers from the Tribu Lumad Basakanon Dance Troupe, a hall of fame awardee in the annual Sinulog festival competition.

Cebu City officials were also at the port to welcome the Spanish crew as well as Spanish embassy’s deputy head of missions Amaya Fuentes Milani.

Elcano is on a seven-day visit to the Philippines from March 16 to 22 after departing Spain in October 2020 to retrace the original route of Portuguese explorer Ferdinand Magellan and Elcano five centuries ago.

It first dropped anchor in Guiuan, Eastern Samar before it went to Cebu.

It will leave the country on March 22 for Indonesia. It will then make several stops before it will arrive in Spain on June 13.

In 1521, the Spanish fleet led by Magellan arrived in Cebu and paved the way for the Christian baptism of Rajah Humabon, his wife Humamay, and around 800 natives.

Magellan gave Humamay, who was given the Christian name Juana, an image of the Sto. Niño or Child Jesus.

Magellan and his men also planted a wooden cross which became an iconic and historical symbol of the city.

Magellan was eventually killed in a battle with local chieftain Lapu-Lapu and his warriors.

Elcano went back to Spain thus completing the first circumnavigation of the world.

500 years of Christianity and the ships of faith

Read Next
After getting EUA from FDA, solon pushes anew for PH-made Sputnik V
EDITORS' PICK
TECNO Mobile sparks up summer with fun livestreams, great prizes
ING Pay is the safe and reliable way to pay – here’s why
House-to-house COVID-19 testing pressed to get ‘true’ PH state
PGH seeks more plasma donors as it loses 5 patients to COVID-19 daily
Despite ‘red-tagging,’ community pantries rise to 350, says advocate
Smart is fastest 5G Network in PH – Ookla
MOST READ
PH military pouring naval, air assets near site of Chinese incursions in WPS
US adds 116 countries to its ‘Do Not Travel’ advisory list
PH-Canada labor agreement coming soon – DOLE
Ganging up on a good thing
Don't miss out on the latest news and information.