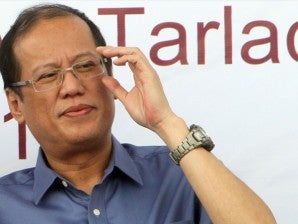 This was President Benigno Aquino III’s angry reaction to the continuing corruption at the Bureau of Customs despite measures put in place by former Commissioner Angelito Alvarez and the latter’s successor, Ruffino Biazon.

Apologizing early on to those who might  be offended by what he was about to say, the President expressed his displeasure at  the horror stories of corruption involving the bureau and its personnel, in his speech at the agency’s 110th anniversary celebration Monday.

The President cited several cases, including that of the Porsche-driving Customs clerk who is now facing administrative charges for firing a gun at two students and beating them up following a traffic altercation.

“It’s a kind of mentality that he’s better than the rest, isn’t it,’’ the Chief Executive said in his speech which, he pointed out, he had rewritten  at the last minute so he could say his piece.

Malacañang has ordered the Customs clerk’s dismissal as a result of the incident.

Mr. Aquino also cited the case of someone he knew whose aide ended up waiting for almost an entire day for the release of a package at the Post Office just because he was not able to treat the employees there to merienda (snacks).

The President also mentioned someone whom he said had bragged that his watch was worth millions of pesos. When this person was asked what his job was, he answered that he was “one of the biggest rice and sugar smugglers in the country.’’

Mr. Aquino said that these kinds  of stories were a slap to his face.

“I can take being slapped for the sake of the country but what I find unacceptable is for the needs of the people to be slapped. They (corrupt) trample on the people who gave them the opportunity to serve them. That can’t be,” he said.

The President appealed to the customs bureau to help fix the system as he vowed to fix the state it was in.

Read Next
Fariñas comes out swinging at Corona lawyers in impeach trial
EDITORS' PICK
Look Through: Super Typhoon Karding barrels through parts of Philippines
Do all the things you do, faster
POGOs not linked to Illegal online gaming, says Pagcor
House energy committee chair Arroyo bats for cheap electricity
Metro Manila now at moderate risk for COVID-19 — DOH
Motorcycles, smartphones, and cash prizes up for grabs in TNT’s ‘Tuloy Ang Saya’ Raffle in Mindanao
MOST READ
Robredo supporter tackles elephant in room: No massive fraud in 2022 polls, surveys were just right
Comelec invalidates win of sitting governor in Negros Oriental
‘Shopee’ trends on Twitter after Toni Gonzaga becomes its new endorser
DepEd: We are in a crisis situation in education sector
Don't miss out on the latest news and information.