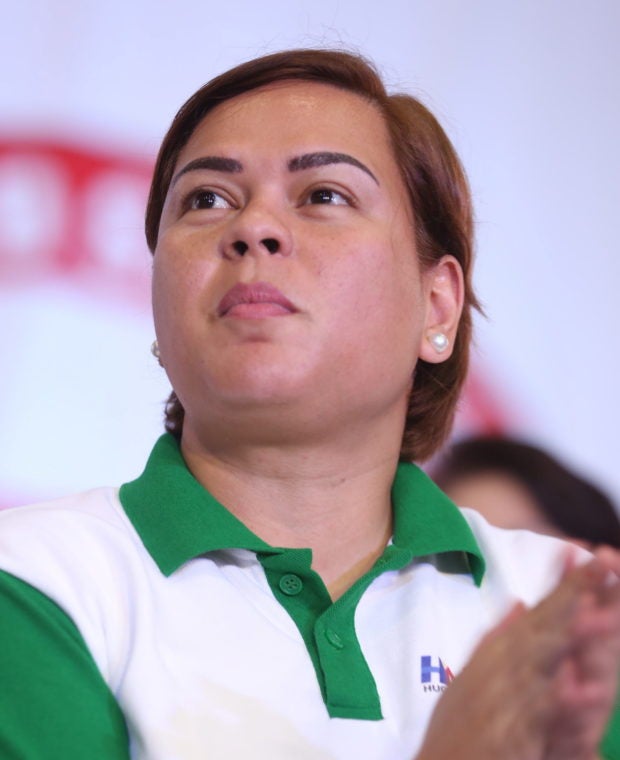 Carpio’s pro-democracy coalition dubbed 1Sambayan aimed to field a ticket of candidates for the 2022 elections that would challenge President Rodrigo Duterte’s “anointed one.” The candidates listed by the group had to pass a criteria involving with good moral character and aversion to extra judicial killings, while rejecting “those identified with authoritarianism.”

But according to the younger Duterte, it was Carpio’s group that appeared to reject those who do not agree with them.

“They claim to be a coalition of democratic forces but they reject so many who do not agree with them. They sound authoritarian to me,” Duterte-Carpio told INQUIRER.net in a text message.

“Kung gusto nila maging successful dapat ang panawagan nila ay magkaisa. What this country needs is a unity not messages with the word reject.” she added. “’Othering’ is the word that comes to mind when they speak.”

(If they want to be successful, their message should be for unity. What this country need is unity not messages with the word reject.)

During its launch Thursday, Carpio said 1Sambayan eyes to form a single slate of national candidates that would challenge the Duterte administration in the 2022 national elections.

“This government is really incompetent. They’ve been tested and everybody’s saying kulelat sila. So, we have to offer a better alternative for people because we don’t want the same thing to happen again in the next six years,” Carpio said.