1 hurt after car crashes into bank in Quezon City 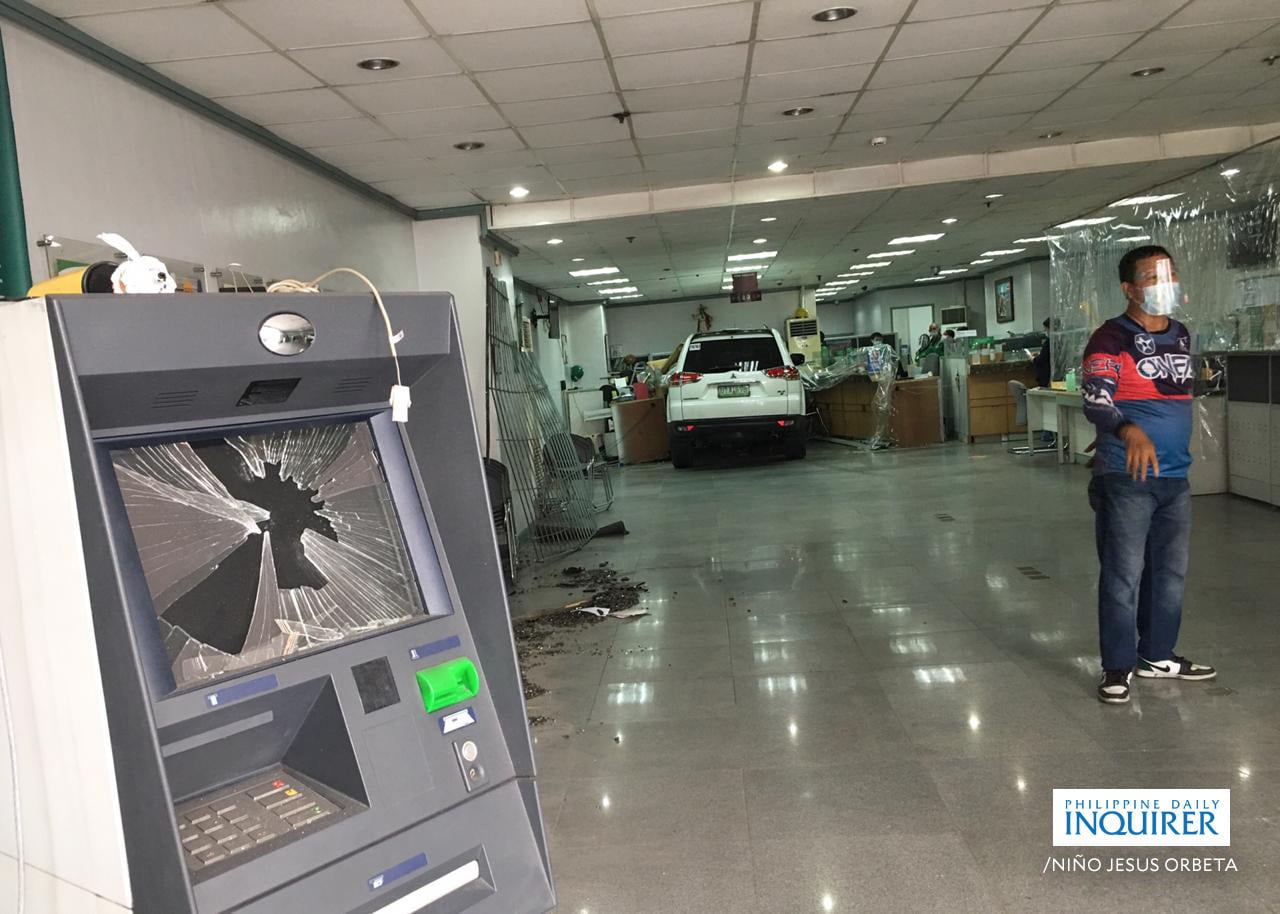 MANILA, Philippines — A person was injured after a car crashed into a bank in Quezon City on Wednesday morning, police said.

The driver, identified as Esther Peralta, was driving past 8 a.m. on the parking space of Land Bank along EDSA northbound in Brgy. Ramon Magsaysay, when she accidentally stepped on the accelerator of her SUV, a report from the Quezon City Police District said.

The vehicle abruptly shot forward and made its way inside the bank.

A female bank employee identified as Aireem Marco sustained injuries and was brought to the East Avenue Medical Center for treatment.

A case will be filed upon the completion of evidence, QCPD said.